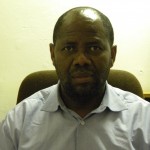 In this blog, Motlamelle Kapa tells us about the dangers of ‘stakeholder participation’ in relation to the creation of local government policy in Lesotho. Motlamelle is Head of the Department of Political and Administrative Studies at the National University of Lesotho

In the majority of emerging African democracies, two structures of government exist in juxtaposition: the elected and the hereditary. When governments have to make policy decisions that affect the overall governance setup, such as the devolution of state power, this duality makes the process very complex. Especially when they attempt to take on board the views of citizens in all their diversity.

In my recent paper for African Studies, I explore the politics of participation by examining the formulation and implementation of policies for ‘democratic local government’ in Lesotho, which began in the mid 1990s. I was particularly interested in the participation of stakeholders in this policy, especially hereditary chiefs, officials known as Area Chiefs.

My article is based on primary data generated from interviews with purposively selected respondents from the four councils in Maseru administrative district of Lesotho, and supplemented with an analysis of relevant government documents.

Area chiefs are key stakeholders in the local government policy process since they are in direct contact with the ordinary citizens in the villages on daily basis, on the one hand, and also interact directly with elected local councils as institutions and individual councillors (who also fall within the administrative jurisdiction of the same chiefs), on the other. They also  have a huge influence on the success or otherwise of any local government policy given their central cultural and administrative roles as intermediaries between the government and the citizens of respective villages.

The introduction of the elective local government system caused high levels of anxiety and apprehension amongst Area Chiefs as rumours were rife that the central government harboured a plan to abolish the chieftainship institution and replace it with the elected councils. Thus stakes were higher for them than any other group in society.

It was in this context that the government of Lesotho under the Basutoland Congress Party (BCP) invited those it called ‘stakeholders’ to participate in the process. These ‘stakeholders’ were drawn from different social groups, including some ‘representatives’ of the chiefs. These ‘representatives’ did not, however, regard themselves as such and could not claim any legitimacy from their fellow chiefs, since they had been hand-picked by the government without any clear and rational criteria. I problematise the notion of ‘stakeholders’ participation’ in the policy process in this paper and expose how it had exclusionary effect on  ‘real’ stakeholders while at the same time, serving to rubber-stamp the predetermined policy positions of those in power.

Ultimately, those in charge of the project decided how the term ‘stakeholder’ should be defined, how representative stakeholders should be selected, and what parts of the policy were ‘on the table’ for them to discuss. They also decided what elements of these discussions would be included in the final draft.

I argue that, rather than promoting the participation of Area Chiefs as key stakeholders in this process, the notion of stakeholder participation was used by the government to marginalise them because it was politically expedient to do so.

Why was this the case? The government had promised voters that it would introduce a local government system before the end of the 1993-1998 parliamentary term. Thus, it was under self-imposed pressure to either continue with consultations and solicit inputs from the citizens in their diversity, which was likely to prove costly in terms of time, money and political popularity, or to honour this commitment by creating a participatory process that did not more than rubber stamp their own position on the issue. In this case, it chose to do the latter.