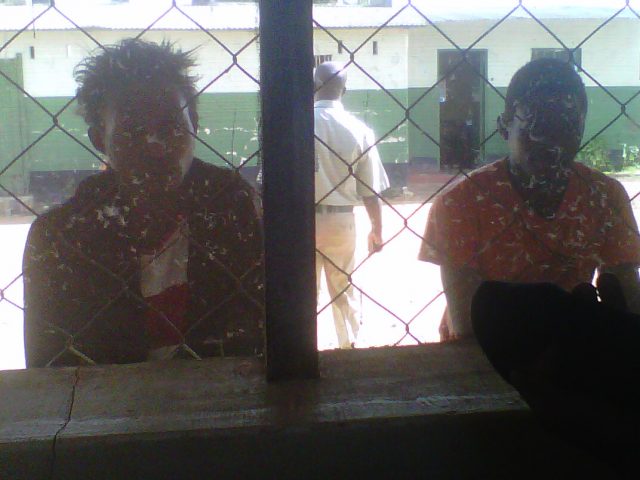 Democracy in Africa have been in contact with LGBT activists in Zambia who have been in hiding in recent months, fearing persecution from the police and other state officials. Here, one of the activists shares their perspective on the current situation in country.

There is no single definition for the term ‘homophobia’. The term covers a wide range of different viewpoints and attitudes. It can generally be defined as hostility towards, or fear of, gay people but it can also refer to the stigma arising from social ideologies about homosexuality. Over the past  year, Zambian LGBT people and activists alike have been the victims of homophobia. Those perceived to be promoting what has now come to be termed as “immoral acts”, have been publicly ridiculed, ostracized from their communities, and displaced from their homes. Defenders of human rights who have advocated for universal equality and called for the repeal of  pre-colonial, anti-gay laws, have often become the targets of homophobic jokes, physical attacks, negative media campaigns and arbitrary detention. Rather than receiving state protection against such attacks they usually face state intimidation, led by the police and the intelligence community.

Zambia has become a particularly homophobic place to live ever since the PF government took office in September 2011, with several government ministers actively opposing attempts to counter sexual discrimination. For example, when some churches attempted to support the LGBT community, Justice Minister Winter Kabimba, stated, ‘we are disappointed as government to see that some church bodies have chosen to form coalitions to destroy the cultural fabric of this country … [and] threaten … our Christian values’. Such support, he claimed, would dissuade donors from helping Zambia in the future.

The persecution that the Zambian LGBT community is currently facing is not just a symptom of homophobia alone, it is also evidence of the intimidation that awaits all of the government’s perceived opponents. In Zambia’s political scene, democratic space is shrinking, and in order to fully understand the injustice, intolerance and persecution that LGBT Zambians are facing, we need to see this broader pattern.  Afterall, if a politician can be arrested for allegedly referring to the president as a potato on national media, what fate awaits those who have publicly opposed state agencies like the Justice Ministry and the Police in their fight for sexual equality?

Encouraged the rhetoric of ministers like Kabimba, many activists have had their homes attacked by local mobs and had ‘here lives a homo’ scrawled on their front door. When such matters are reported to the police, no arrests are made. One displaced activist stated: ‘our worst fear is that we go out and there’s a mob that… beats us up or even kills us. I am afraid to go back to my home, as I do not know what they shall do to me now, ever since my face was publicly splashed all over the national media as a gay activist’. The local police were unwilling to offer him any protection.

In fact, many LGBT Zambians fear the criminal justice system, which is unsurprising given the fate of individuals like Philip Mubiana and James Mwape. Both men, aged 21, were arrested and charged in May of last year, for being in breach Section 155(a) of Zambian law, prohibiting same –sex relations. They have been in prison ever since, and their trial is expected to continue on the 24th January. The charges they face are huge: a man convicted of same-sex activity can face life imprison. It is vital we opposed such abusive laws, and work to defend the rights of prisoners like Mubiana and Mwape. But, with persecution growing, LGBT supporters within Zambia are finding this kind of campaigning increasingly difficult. Meanwhile, communities are being actively encouraged by government officials like Justice Minister Wynter Kabimba to report those suspected of same-sex relations to the police.  Many human rights activists are determined to continue fighting for justice but, thrown out of their homes, and wanted by the Police, they are only too aware of what this work has, and will, cost them.