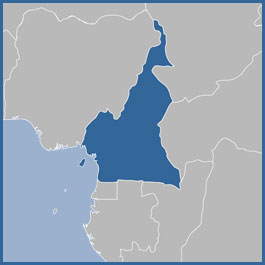 In this articles, Nik Emmanuel explores theories of donor self-interest and failure of political conditionality in the context of France and Cameroon under Biya. Nik is an Assistant Professor in the Department of Political Science and the Centre for Resolution of International Conflict at the University of Copenhagen.

In trying to understand democratization since the end of the Cold War in Africa, and elsewhere, we need to examine the complex interrelations between three groups of actors: those providing outside incentives and pressures for liberal political reform (i.e., donors and transnational advocacy networks); recipient governments and their international allies, who want to maintain the benefits of keeping an authoritarian system in place; and domestic actors, who are want to move towards a more open political space.  The interaction of these critical groups has profound implications, for the political future of Sub-Saharan Africa, and beyond.

Without wanting to downplay the impact of civil society, we must recognise that outside donors can have a significant impact on aid recipients, far beyond the projects they finance.  This influence can be used to encourage reform, or it can be deployed to shield aid recipients from change.  Political conditionality is designed to do the former, using foreign assistance as both a carrot and a stick to improve governance and further democratisation. Such conditionality works best when key donors and domestic forces see these as common goals and work together in a coordinated effort to achieve them.  Aid providers and recipients, however, frequently have mixed motives, being pushed in various directions by their perceived interests. Of not small significance is that fact that donors may want to keep their friends in power, and most leaders – authoritarian  or not – want  to maintain their rule. Such complex and sometimes intimate relationships frequently impede the application of international pressure for political change and undermine domestic demands for democratization. In short, international support for democratic change has been seriously eroded by the behavior of what I call the ‘donor-patron’.

Close ties between Cameroon and France in the early 1990s (and through to today), provide a critical example of this process.  In this Central African country, aid conditionality was undermined by the behavior of the country’s principal aid provider, France. Instead of contributing to the efforts of other donors by encouraging the democratization process underway among civil society groups and the political opposition in Cameroon, France dramatically increased its aid during the 1990s in an effort to shield President Paul Biya and his cronies. This move, on France’s part, was triggered by a mixture of deep, realist self-interest and historic patron-client relations. This failed transition has had lasting consequences on the evolution of Cameroon’s political system.

This Cameroon case study is further evidence that ‘donor-patrons’ shelter are tempted to shelter a friendly client regimes from the storm of conditionality wrought by other international aid providers. As Crawford has argued, ‘where bilateral relations are close, tied up with donors’ own strategic or economic interests, then the effectiveness of aid conditionality is compromised’.  In fact, the notion that donor self-interest dominates foreign aid allocations is almost axiomatic in the classic scholarly literature on the subject.  Donors frequently use their aid (including ODA, debt relief, loans, etc.) to reward their friends in return for their support on things such as UN votes, trade deals, security links.  Some go so far as to posit that the strategic interests of donors fundamentally dominate the direction and the amount of aid flows.

Most of the scholarship on French foreign policy argues that its aid disbursements have been overtly oriented towards meeting Paris’ major foreign policy goals for quite some time. Cameroon illustrates this point.  In the early 1990s, Cameroon began to feel the winds of change that began to sweep through the continent as the Cold War ended. Yet, efforts to democratize fell short due to a combination of widespread domestic repression and massive electoral fraud by the Biya government, along with international collusion between elites in Paris and Yaoundé.  The 1992 elections in Cameroon represent the apex of this process.  In the face of the electoral irregularities and human rights abuses in Cameroon, only a handful of secondary aid providers enforced the political conditionalities that they had proposed.  The United States and Germany were one of the few openly critical donors of the events surrounding the 1992 Cameroonian elections, and they were the only ones to impose aid sanctions in reaction. To protect its ally, Paris countered these moves by dramatically augmenting its grants and loans, bolstering the Biya regime and emboldening the Cameroonian leadership to stand firm against stiff domestic and international pressures.

Cameroon has yet to experience meaningful democratization.  That is to say, all of the internal struggles and external interventions that took place in this Central African country in the early 1990s amounted to nothing, and France’s behavior as a donor-patron is partly to blame. That said, ultimate responsibility must, of course, be placed upon the Biya regime itself.  Paris was simply eager to aid Paul Biya’s swindle.  His willingness to resort to fraud, his extensive corruption, and his repression all combined to hamper political liberalization, in ways that play through to today.

Yet, if there is one lesson to be learned from the example of Cameroon concerning the application of political conditionality, it is that donors must coordinate their activities as widely as possible with domestic actors, as well as with critical aid providers that are close to the recipient, the donor-patrons.   As demonstrated in this case, however, ‘coordination’ is easier in theory than in practice. And this should give us pause, as we look to the future of aid conditionality in Africa, and elsewhere.