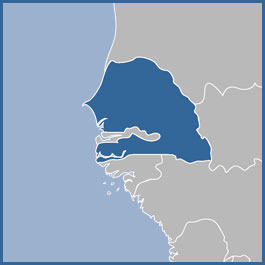 In this article Danielle Resnick demonstrates that whilst alliances are tempting for opposition parties, they often prove to be problematic in the long term. Danielle has a PhD in Government from Cornell University. She is currently a Research Fellow at UNU-WIDER, in Helsinki, Finland.

At least seven African countries will be undertaking general elections in 2014, with many more holding local elections. Southern Africa will be a particularly vibrant area of electoral activity this year as voters in Botswana, Malawi, Mozambique, Namibia, and South Africa all go to the polls.  Opposition parties in the region will face greater opportunities than ever before to make inroads into that region’s dominant party regimes.  Yet, in doing so, opposition parties may be tempted into entering coalitions with each other, as recently illustrated by the failed collaborative efforts between South Africa’s Democratic Alliance (DA) and Agang SA.  Such coalitions sometimes help the opposition with its short term goal of winning votes but they often prevent longer-term investment in party development and differentiation.

The historic elections in Senegal in 2012 are instructive in this regard. Competing against Abdoulaye Wade, an increasingly disliked incumbent from the Senegalese Democratic Party (PDS) who was running for his third-term in office, Senegal’s major opposition parties attempted to form a variety of alliances and coalitions before the elections.  The most durable coalition, Benno Siggil Senegal, included veteran politicians, such as Moustapha Niasse from the Alliance of Forces for Progress, and Ousmane Tanor Dieng from the Socialist Party, as well as Macky Sall, who formed the Alliance for the Republic party in 2008 after being ousted from the PDS by Wade.  Despite claiming to present a united front, all three politicians, as well as Idrissa Seck of the Rewmi party, decided to run on their own tickets.  In the second round of elections, all the erstwhile opposition candidates then rallied around Sall in a new coalition, known as Benno Bok Yakaar (BBY).

Although Sall subsequently defeated Wade and became the country’s fourth president, I show in my article ‘Continuity and Change in Senegalese Party Politics’ that the elections were associated with a high degree of electoral volatility, de-alignment of voters to parties, and low levels of voter turnout — especially in urban areas — compared with previous elections.  I argue that these trends were reflective of two factors.  Firstly, the dizzying array of coalitions and movements that were formed and dissolved in the run-up to the elections precluded the opposition from establishing strong ties with voters and communicating distinct party positions on important issues.  Secondly, it highlighted a general lack of enthusiasm for the possible opposition alternatives who all seemed to campaign against Wade without indicating what exact policies they were advocating for. While Senegal’s high number of coalitions make it unique, I have also found similar implications for coalition behavior elsewhere, as I explore in another article, ‘Do electoral coalitions facilitate democratic consolidation in Africa?’

The predictable outcome of such behavior is becoming clear, as Senegal prepares for local elections scheduled for June 2014.  Specifically, now that Wade is no longer in the picture, the alliances that brought the erstwhile opposition together are again being re-shuffled.  Seck, for example, pulled his party out of the BBY, and Sall is trying to form a new coalition — the Alliance for the Presidential Majority — with overtures to some members of the previously ruling PDS.

Compared with Senegal, the Southern African region is a much more difficult terrain for opposition parties, due to the longstanding entrenchment of ruling parties.  Parties such as the Botswana Democratic Party (BDP) in Botswana, the Mozambican Liberation Front (Frelimo) in Mozambique, the South West Africa People’s Organization (SWAPO) in Namibia, and the African National Congress (ANC) in South Africa have all ruled in their respective countries since transitioning to democracy.

Yet, many of these parties are facing a number of new challenges.  For instance, internal fissions have emerged over Jacob Zuma’s leadership in South Africa and over the choice of Hage Geingob to lead SWAPO in November’s elections.  In addition, an increasingly urbanized, educated, and young populace means that the appeal of some of these ruling parties based on their historical role as liberation movements is no longer a way to attract votes.  Indeed, South African observers have pointed to the fact that ‘Born Frees’ — the young generation who have grown up without any experience of apartheid — are disinterested in the ANC’s ‘struggle history’.  Instead, this generation is particularly concerned with rectifying unemployment and high costs of living. Thirdly, a range of new opposition parties have emerged, such as the  Democratic Movement of Mozambique (MDM), while more established parties, such as the Democratic Turnhalle Alliance (DTA) in Namibia, have been reinvigorated by a youthful change of leadership.

Both these and other opposition parties in the region therefore have a window of opportunity to make a bigger impression on the political scene. The temptation for some, however, will be to form coalitions in order to increase vote shares.  The DTA is already considering this while three opposition parties in Botswana joined to form the Umbrella for Democratic Change (UDC) in late 2012.  Yet, as the Senegalese experience reveals, even if a chance of victory were possible by the opposition in any of these countries, such behavior could have potentially negative consequences for the broader maturation of the political party system.  The prospect of meaningful party diversity in Southern African governments will instead require the opposition to engage in the much slower process of establishing grassroots ties with constituents and further differentiating their positions on important economic and social issues not only from incumbents, but also from each other.