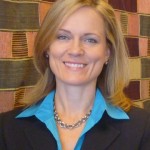 Continuing our blog series on agricultural politics in Africa, Caroline Kende-Robb emphasises the importance of small-holder farmers.  Caroline is the Executive Director of the Africa Progress Panel, a group of 10 individuals who advocate for equitable and sustainable policy for Africa. The group is chaired by former UN Secretary-General, Kofi Annan.

Smallholder farmers will be key to African efforts not only to feed itself, but also to become a major food supplier for the rest of the world.

Africa’s agricultural potential is clear. With large amounts of uncultivated arable land, roughly 60 percent of the global total, it has plenty of space to lift production. Meanwhile, productivity can also be boosted. African cereal yields are just over one-third of the developing world average, for example, linked to the fact that as much as 80 percent of Africa’s agriculture still depends on rain not irrigation.

Some African governments see the efficiencies of large-scale commercial farming as a means to fulfil this potential. But Africa cannot increase its food production, create jobs, and reduce poverty on the scale required without unlocking the potential of smallholder agriculture.

Nearly two out of three Africans depend on agriculture for their livelihoods. Indeed, Africa’s rapidly growing youth population makes job creation an urgent matter for many of the continent’s governments. In countries such as Ethiopia and Kenya, agricultural growth has been shown to reduce poverty twice as fast as any other sector.

In our Africa Progress Report 2013, we highlighted some of the ways in which the continent’s oil, gas, and mining sectors could improve the lives of millions. Agriculture is a good example of how the use of natural resource revenues for more – and more effective – public spending could have major knock-on benefits.

Nigeria clearly has ambitions for plenty more progress, but it is already making impressive strides. Describing agriculture as ‘the new oil’, Nigeria’s agriculture minister has launched an ambitious plan to add 20 million metric tons of food to the domestic supply and create 3.5 million new jobs in the process. In the first year of its transformation push, Nigeria reached over 75 percent of its job creation target and has met the UN Millennium Development Goal, Number 1, reducing the population of hungry people by half, three years ahead of schedule.

But while Nigeria’s agricultural sector employs 58 percent of the country’s active workforce and cultivates just 40 percent of its available arable land, official sources say it spends just 2 percent of its GDP on agriculture. Even in Nigeria, there is room for further progress. Nigeria must spend an additional US$2.4 billion per year on much-needed agricultural investments to meet the 10 percent target established by the Maputo Declaration.

Increased transparency of its oil revenues could be a critical step. Conducted within the framework of the Extractive Industries Transparency Initiative (EITI), subsequent reviews of Nigeria’s oil sector found that financial and accounting cost the country billions of dollars.

African governments – and the international community – must also manage better large scale land acquisitions, which have also not brought enough benefits to smallholder farmers. Global population growth, a burgeoning global middle class, and the search for low-carbon energy sources mean that demand for food and biofuels has shot through the roof. Spotting profit opportunity, foreign investors are scrambling for a piece of the action. They rent land, use the latest agricultural methods (plus precious water from nearby sources), export the food, and make a fortune.

These contracts are often negotiated behind closed doors without consulting affected communities. Indeed, many of these schemes have seen local communities forcibly removed from their land. At the Africa Progress Panel, we support the combination of foreign expertise with local knowledge to increase production, generate jobs, and transfer technical know-how. But what Africa does not need, and cannot afford, is the use of African land and water by foreign investors who use Africa’s scarce resources to supply food and biofuels to other countries. For Africans, the benefits of large-scale land acquisitions have been questionable.

Africa’s smallholder farmers need protection in such deals. The African Union should develop a framework for managing foreign investment in agriculture, and governments should assess large-scale land deals and consider a moratorium pending legislation to protect smallholder farmers. Governments and others must help smallholder farmers manage risk more effectively. Crisis in the Horn of Africa and Sahel have highlighted the risks faced by smallholder farmers, who are barely able to feed themselves and their families as it is.

Finally, we want to see the international community devote more money and more effort to improving food security and nutrition in Africa, an issue that goes to the heart of so many other development challenges. By weakening a child’s resistance to disease, malnutrition is a major contributor to child mortality. A global study in 2008 found that an average one third of all child deaths were related to malnutrition.

African leaders and their partners must all do more to shape the continent’s mighty farming potential. One day Africa could feed the world. But first it must feed itself. And smallholder farmers must be part of the solution.