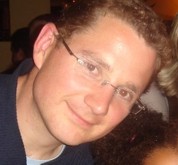 As part of our Twelve Days of Analysis, our Co-editor Nic Cheeseman looks at the life, times, and inspiration of Kenyan MP Jean-Marie Seroney.

Kenya has had many colourful and dynamic political leaders over the last 70 years, but few were as daring as Jean-Marie Seroney. A free speech campaigner and Amnesty International prisoner of conscience, Seroney was also a powerful voice within the Legislature. He did not rise to high office, and was often not easy to get along with, but his independence of spirit and willingness to speak the truth to power meant that he stood out from the crowd.

A new biography by Godfrey K. Sang serves as an important reminder of Seroney’s life and accomplishments — and how few leaders of his calibre sit within Parliament today. Seroney was born Eric Kipketer Seroney in Kapsabet on July 25, 1927.

Reflecting a broader characteristic of his life, Seroney did not simply accept the name he was given, but instead selected the name that he wanted. Thus, he adopted the name John Marie Therese, and later added a French twist, dropping Therese to become Jean-Marie. This episode demonstrates the attention that he paid to his own image, but like many aspects of Seroney’s life, his change of name was not simply a shallow public relations effort. Instead, it reflected deeper changes in his personal belief system.

Having been brought up an Anglican, Seroney converted to Catholicism while studying at Makarere College, and the name ‘John Marie Therese’ was chosen to reflect his devotion to St Marie Therese of Lisieux, who remains an influential model of sanctity for many Catholics.

Like so many high-profile Kenyans, Seroney was educated at Alliance High School (1941-44), around the same time as a number of others who would later become prominent political leaders, such as Ronald Ngala and Paul Ngei. At Makarere he took higher studies in Arts and his two great loves came to the fore, as he became the president of both the Political Society and the Dramatic Society. What better place can one imagine for someone equally committed to the law, the appropriate use of power and drama, than the world of Kenyan politics?

After Uganda, Seroney travelled to the University of Allahabad in India, where he began to study law. He subsequently continued his studies at the University of Exeter. However, impatient to move from the academy into the cut and thrust of the real world, Seroney decided to leave his studies and go straight for the Bar, making history in 1956 as only the third Kenyan to become a barrister. At this point, Seroney felt it was time to return home, excited by the emergence of the anti-colonial movement, and motivated by the knowledge that he was now qualified to practice law in colonial courts.

Sang’s book highlights the many different ways in which Seroney rebelled against the status quo after he came back from his studies. Having been elected to the Legislative Council in 1961 as the Member for Nandi on the Kenya African Democratic Union (Kadu) ticket, he defected to Jomo Kenyatta’s Kenya African National Union (Kanu) in 1963.

But in contrast to many of those who would later leave Kadu for Kanu — such as Daniel arap Moi who rose to become Vice President and then President upon Kenyatta’s death — Seroney did not join the government to quietly support the political establishment.

Instead, he used his political and legal training to fight a number of different battles, some on behalf of himself, but many on behalf of other people. There are numerous examples of this, but perhaps the act that did the most to bring Seroney to wider public attention was when he supported the Nandi Hills Declaration, which challenged the sale of land to non-Kalenjin settlers.

This was a bold and dangerous move. Questioning the government’s land policy threatened to upset the President’s plans to use land in the Rift Valley to pacify members of his own Kikuyu community, who expected greater rewards in return for the role that they played in the nationalist struggle.

It also called into question the position of Seroney’s former friend, Daniel arap Moi, in two important ways. First, Moi had been given the role of vice president partly on the basis that he could facilitate access to land in the Rift Valley. As a result, any move to prevent the transfer of land threatened to undermine his usefulness to the Kenyatta clique, and hence his position within the government.

Second, by presenting an alternative vision of how the economy of the Rift Valley could be organised, Seroney challenged Moi’s efforts to become the undisputed leader of the Kalenjin. This was particularly dangerous for Moi, who understood that his hopes of one day becoming president would be undermined if he did not have a united Kalenjin base behind him. By making such powerful enemies, Seroney effectively forfeited the prospect of a lucrative and comfortable position within the upper echelons of the government.

In the 1960s, Seroney also emerged as one of the most outspoken MPs in Parliament, keeping the spirit of opposition alive even after Kenya became a de facto one-party state following the banning of the Kenya People’s Union (KPU) in 1969. Along with other rebels such as Martin Shikuku, Seroney sought to use the Legislature — weak as it was — to hold those in power accountable. Perhaps the most important example of this came in the aftermath of the death of J.M. Kariuki, one of his allies, who was assassinated in March 1975.

At the time, President Kenyatta and Vice President Moi wished to sweep the Kariuki affair under the carpet because it threatened to cause significant embarrassment to the government. Many suspected that senior figures around Kenyatta had plotted to remove Kariuki from the political scene because he had become so popular that he had started to outshine many of the establishment figures that hoped to succeed Kenyatta as president.

Despite this, Seroney volunteered to serve as the secretary to the parliamentary inquiry into the incident, and helped to draft a damning report that implicated the government in both Kariuki’s death and its cover up. This did not endear him to Moi and Kenyatta, especially as Seroney had recently secured election to the influential position of deputy speaker. The years that followed would see a determined effort by conservative pro-government forces to clip his wings.

Seroney’s willingness to speak out about the most important issues of the day, combined with his refusal to take a back seat in the Legislature, set him on a collision course with Kanu bosses. Yet despite the clear threats to his personal safety, he did not moderate his behaviour or his language.

He is famous for demanding that the media should be ‘free, frank and fearless’, and this sums up his own approach to politics during the 1970s. Indeed, the key to understanding Seroney’s life and spirit is that his opposition did not simply express itself in the form of this bit of committee work or that piece of legislation; rather, it was a state of mind — a way of being.

Like many great critics, he went from being an awkward person to being an awkward opponent, and turned this into an art form. As Sang’s book so ably demonstrates, it was often his instincts as much as his plans that got him into trouble.

Most famously, the incident that saw him thrown in detention was not an organised act of rebellion, but an off the cuff remark. It occurred on October 9 1975 when Seroney, acting as deputy speaker, refused to ask Shikuku to substantiate his claim that ‘Kanu was dead’. Instead, Seroney quipped that there was no need to ‘substantiate the obvious’.

This public utterance of what many already knew — that the party had atrophied to the point of non-existence — was interpreted as an act of high treason by senior Kanu leaders. Just six days later, Seroney was removed from his office in Parliament, and subsequently spent three years and two months in detention without trial. Although he was freed by a presidential pardon in December 1978, Seroney’s political career had effectively been terminated.

His long spell in detention meant that he had ‘forfeited’ his parliamentary seat, and he was unable to win it back in 1979, losing an election that he believed was compromised by ‘grave irregularities during the election campaign and on the polling day’. He would die just three years later, on December 6, 1982, after being admitted to hospital with chest pains.

Thanks to Sang’s book, his memory and his example will live on. Now, more than any time in the last decade, Kenya needs MPs like Jean-Marie Seroney.