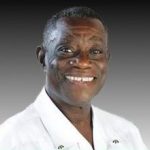 On 24th July 2012, President John Evans Atta-Mills sadly passed away while in hospital in Accra after a long battle with throat cancer. Aides report that he had been admitted to 37 Military Hospital hours before, after complaining of pains the previous day. The Presidential Office made a press statement to report the “sudden and untimely death of the President of the Republic of Ghana”. Mills’ death comes just four months before what are predicted to be highly competitive presidential and parliamentary elections scheduled for 7th December.

Atta-Mills’ death follows in the wake of other recent presidents in Africa to die while in office including Malawi’s president Bingu wa Mutharika earlier this year, Umaru Musa Yar’Adua in Nigeria in 2010 and Zambia’s President Levy Mwanawasa in late 2008.  It is a testament to the increasing acceptance of the formal rules of democracy that as per constitutional provisions, in each of these cases the vice-president has taken office. Indeed in Ghana, within hours of reports of his death an emergency meeting was called at Parliament and Ghana’s Vice-President John Dramani Mahama was sworn in.

The health of the president had been a regular news topic in Ghana even before Atta-Mills took office in 2008. Over the last four years there were frequent reports of his deteriorating health including increasing loss of vision and shortness of breath. The president and ruling party, the National Democratic Congress (NDC), knew the president’s health was becoming a concern to voters and following his last check up in the U.S.A. Mills, in an out-of-character theatrical display, did a short jog on the landing strip when he set down at Kotoka International Airport.

Increasingly however, Atta-Mills shied away from public meetings and recently declined an invitation to speak at the nationwide televised presidential candidate debates organized by the Institute of Economic Affairs (IEA).  Earlier this week the NDC began to state that Mills would not address the crowds during the 2012 campaign rallies across the country, but would sit and wave on the podium. Following Mills’ death ex-President Rawlings reported on the BBC’s Africa Focus that Mills could not manage to work 3 hours a day, and the speed at which the NDC swore in John Dramani Mahama suggests that the death of President Mills was not totally unexpected for the ruling party.

The new president has announced a week of national mourning. Atta-Mills will be remembered as a fatherly president, nicknamed “Uncle Atta” and famed for beginning his public addresses with the phrase “My brothers and sisters”. He spoke slowly and gently and his relatively simple demeanor helped his 2008 platform as a man with an incorruptible nature and good intentions for office. Mills will be remembered for overseeing the introduction of important legislation, perhaps most notably the Petroleum Revenue Management Act, 2011 which spells out in clear terms how Ghana’s new oil revenues should be managed, including the establishment of a stabilization and heritage fund, and the creation of a Public Interest and Accountability Committee whose latest report “sets a new standard for accountability” in Africa according to Revenue Watch International.

Domestically, Mills’ attempt to reorganise the pay structure of the public sector with a move to a “single-spine” pay scale, as well as establishing a national commission to review Ghana’s current constitution were also highly popular moves.

For political analysts the death of Ghana’s president means that the next few weeks and months will be highly interesting. The main opposition party (the National Patriotic Party) have expressed their condolences and stopped their campaign tour. So far the NDC has been quiet on how it will proceed, although discussions are already underway about scheduling a party congress to select the new flag bearer. It is difficult to see how the acting president, John Mahama, who is popular both inside the party and with voters, will not win the ticket – although factions do exist.

The Rawlings family has displayed clear ambitions to regain a central position in the NDC with Nana Konadu (wife of ex-president Rawlings) competing against Mills in the NDC flag bearer elections last year. Although she received only 3 percent of delegate votes, ex-President Rawlings remains popular on the campaign trail and many inside the NDC would prefer to retain their alliance with him.

Prior to the death of Mills, the Rawlings were rumored to be in the process of establishing their own party (the NDP) with an inauguration date set for around the 15th August. But after recent events, they may have one last go at regaining a central position within the NDC. If this comes to pass, we will be left with two critical questions. First, is the Rawlings faction prepared to back Mahama as party leader in return for a prominent appointment in any future NDC government, or will they contest for the party leadership.  Second, will Mahama be prepared to accommodate a group as influential as the Rawlings family – which may make it harder to manage the party itself – or would prefer to assert his own authority within the party, at the cost of having to take them on in the December election.

At least for this week however, election fever has respectfully ceased in Ghana as Uncle Atta is remembered.

For more information on John Mahama check out his recently published semi-autobiographical book.