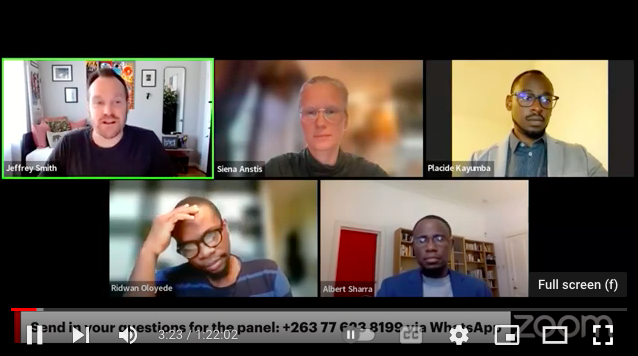 Check out the last show from our sister webinar, the Resistance Bureau. Brilliant speakers talk about the rise of digital authoritarianism and how to challenge it, and provide their top tips on how activists can stay safe online.

For many, the rise of digital technology portended a time of liberation. Optimists hoped that social media in particular would force governments to be more accountable and drive home a new era of transparency and popular participation in political processes. It hasn’t exactly turned out that way.

Instead, dictators and a new breed of savvy autocrats have used technology to their collective advantage, censoring online activity and critical voices, hacking into the accounts of journalists and pro-democracy leaders, switching off the Internet with impunity, and using new, truly terrifying methods to monitor their citizens.

Indeed, because digital technologies have forced governments around the world to be more transparent and accountable — and fearing for their unfettered power — many regimes have forcefully clamped down on them as well as their users.

A growing number of governments are now adopting illiberal legislation designed to control the online world, including democratic governments like the current regime in Ghana, which has been accused of using the Israeli-made Pegasus software to spy on activists. It has indeed become apparent that digital technology can and will be used as a force for repression, perhaps just as much as human liberation.

This is not just an ‘African’ story of course. Digital repression is a concern around the world and many of the companies involved in this enterprise are based in countries perceived to be democratic. Pegasus, for example, was developed by the Israeli NSO Group, and the list of companies that have bowed to the pressure of autocrats to block texts mentioning the names of opposition leaders in Tanzania, for example, include Vodafone which is headquartered in the UK. On the opposite end of the spectrum: the same technicians that enabled the Ugandan regime to hack into the WhatsApp account of opposition leader Bobi Wine and his colleagues were from China’s Huawei.

The international nature of this phenomenon demands an international response and solidarity. This show will therefore bring together thought leaders, digital activists, and those who have been spied on themselves to discuss these threats to freedom and how they can be effectively countered. What can be done to push back against the expansion of digital surveillance? And how can we protect citizens’ basic human rights from governments that are clearly determined to hack into their lives and monitor their every move? Tune in to find out!

“No Peace Without Peace of Mind”: The Imperative to Integrate Mental Health Support and Peacebuilding in Northeast Nigeria