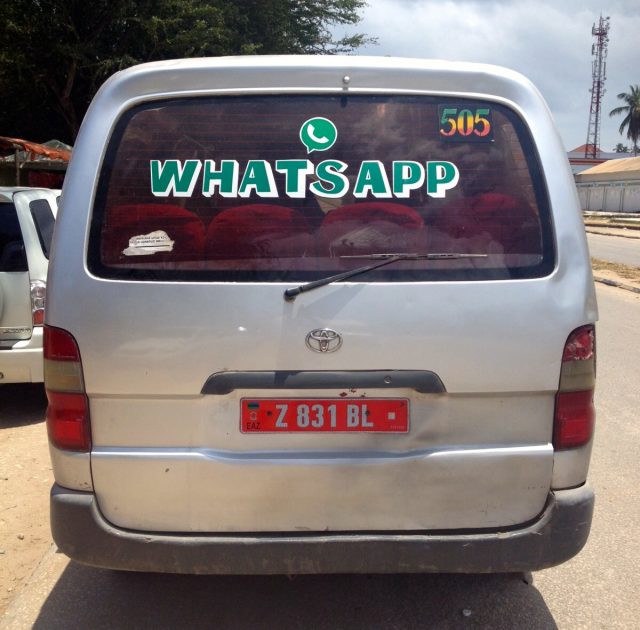 A recent conference at the University of Edinburgh went “Beyond the Hashtag” to explore the impact of social media in Africa. Don’t worry if you missed it, because Brooks Marmon has written this great summary of the key findings to bring you up to speed.

THE EXPLOSIVE RISE in social media use across Africa – 2016 saw a 50% increase – is redefining how citizens, governments, and corporations relate to each other. The opportunities and risks presented by this dynamic growth were the subject of the ‘Beyond the Hashtag: Social Media in Africa’ symposium held on April 26 – 27 at the University of Edinburgh. The Symposium was convened by Thomas Molony and Maggie Dwyer, in relation to their ESRC/DFID-funded project, Social Media and Security in Africa (SMS:Africa). The diverse array of papers presented indicated that the implications of social media use for democracy in Africa are promising and multi-faceted, yet subject to a number of constraints.

Even relatively casual observers of African politics will have noted that in the aftermath of the Arab awakening, the internet and social media have become the next frontier for the contestation of political power and democratic expression. In recent months, both Cameroon and Ethiopia made headlines after shutting down the internet in regions that were experiencing protests against discriminatory government practices. In the Democratic Republic of the Congo, the authorities sought to coordinate restricted access to a variety of social media platforms amidst planned protests marking President Joseph Kabila’s refusal to step aside following the end of his elected mandate in December last year.

While the conference sought to explore trends and developments beyond the hashtag, the transformative impact of digital protests cannot be ignored. #RhodesMustFall drove protests at the University of Cape Town which resulted in the removal of a statue of the 19th century politician and mining magnate, leading to similar protests in the United Kingdom and significantly greater confrontation amidst the #FeesMustFall campaign that subsequently spread across South African university campuses.

While the symposium covered much ground, a number of the presentations pointed to a need to move beyond purely technical considerations when considering strategies to strengthen democracy in Africa via social media expression. Despite the diverse range of case studies and platforms considered (including Snapchat, Facebook, Twitter, and WhatsApp), four key areas emerged concerning ethical and practical constraints on the use of social media:

In her presentation on Operation Usalama Watch in Kenya, Alisha Patel observed that many users of Twitter ‘tweet into a void’, with only a select few users (usually celebrity bloggers) outside of the larger traditional media outlets gaining any traction with their tweets. Similarly, Jean – Benoit Falisse noted that amidst the increased political tension in Burundi following President Pierre Nkurunziza’s decision to pursue a third term, the bulk of all tweets in the Burundi Twittersphere emanate from about two dozen users, with three main individuals leading the way as key voices of the various political camps.

A number of digital protest movements, such as #ThisFlag in Zimbabwe have relied on charismatic leaders. In that case, when its leader, Pastor Evan Mawarire fled the country, its initial success was halted.

A recurring theme at the Symposium was the extent to which social media users interact with those of similar opinions, mirroring offline tendencies of social interaction. Thus, despite the tendency of Africans to use social media for political debate significantly more frequently than many of their western counterparts, increased social media use may not necessarily in itself be the answer to democratization.

While symposium participants noted that social media discourse is generally more anti-government than mainstream media, speakers were at pains to note that this difference was not overwhelming. Authoritarian countries have deployed social media strategies to shore up support. In the case of Burundi, the opposition seems to have recognized the importance of these efforts as Willy Nyamitwe, a leading pro-government social media personality, survived an assassination attempt last year. The alleged leaders of ZANU-PF’s G40 political faction in Zimbabwe, Saviour Kasukuwere and Jonathan Moyo, are some of that nation’s most visible political presences on Twitter. Social media use, like print and radio before it, is not inherently confined to promoting democratic practice.

Fisher pointed to a troubling shift where interventions in the sphere of information technology for development that were previously oriented to merely strengthening access to information are now shifting to a focus that relies upon the quality and quantity of specific information others hold about individuals and groups. The drive for massive amounts of data, even around initiatives seemingly as innocuous as the United Nations’ Sustainable Development Goals, may increasingly lead to violations of the right to privacy as social media data becomes an importance source of information to populate highly detailed targets and indicators for both corporate and non-profit actors.

Despite these constraints, social media is serving as a positive force for social change. The symposium highlighted the success of Kenyan social media users in particular. The #SomeOneTellCNN movement secured an apology from the US news network for its alarmist characterization of the security situation in that country. Kenyans on Twitter also successfully mobilized to counter attempts by their government to censor the music video for the Same Love Remix by Art Attack, a gay rights anthem.

However, the research points to an acute need for a more nuanced understanding of the role of social media in shaping democratic discourse. Opportunities are accompanied by risks, and just as citizens are using social media to proactively shape more open, democratic societies, governments and corporate interests are plotting to co-opt the new media in much the same way traditional print and audio broadcasters were historically manipulated to serve partisan interests.

The contours of social media use in Africa continue to take shape, but we are already witnessing where the fault lines over its applications lie. As the scholars participating in the Beyond the Hashtag Symposium have identified, social media, like the media technologies before it, is contested. The dynamics at play are at once evolving and indicative of future trends. Social media use in Africa may be the answer, but the questions its users respond to are not static.

Brooks Marmon is a PhD student at the University of Edinburgh.