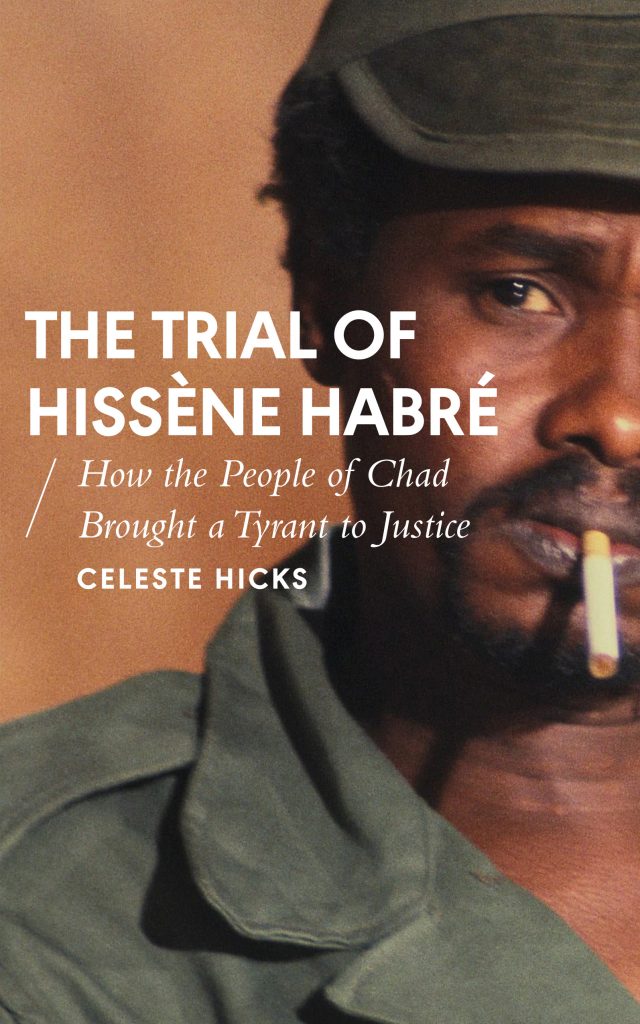 Tyrants can commit human rights abuses and sexual violence with impunity. But, some people are bringing such tyrants to justice. How are they doing it? Drawing from her book, The Trial of Hissene Habré: How the People of Chad brought a tyrant to justice, Celeste Hicks highlights what countries like the Gambia can learn from the trial of Hissene Habré.

It is no accident that as momentum builds towards a possible prosecution of Gambia’s ousted dictator Yahya Jammeh, a special focus is being applied to gathering evidence of sexual crimes. Former Gambian beauty queen Fatou Toufah Jallow spoke out recently, accusing president Jammeh himself of raping her. Her story hit the headlines and has highlighted the apparent prevalence of sexual violence during Jammeh’s 23 years in power.

“In the prosecution of ex-Chadian dictator Hissene Habré we were late in raising sexual crimes, not this time!” said Human Rights Watch lawyer Reed Brody on Twitter.

Brody spent 16 years preparing the case against Habré, which eventually resulted in the former president being jailed for life in 2016 for war crimes, torture and crimes against humanity following a trial in Senegal. Brody has again taken on the challenge of seeking justice for victims of human rights abuses in Gambia, and is building a case with Human Rights Watch and victims’ groups in country. Yahya Jammeh is currently in exile in Equatorial Guinea, which has offered him protection and does not acknowledge the authority of the International Criminal Court.

The Habré case was a watershed for bringing to light the experiences of women and men who suffer sexual violence during war, political upheaval and dictatorship. In my book, ‘The Trial of Hissene Habré – how the people of Chad brought a tyrant to justice’, I trace the remarkable, and at times chaotic, approach that the Extraordinary African Chambers (EAC) took in acknowledging these types of crimes.

The EAC was a remarkable institution in itself, a hybrid tribunal established by the African Union within the existing Senegalese justice system with judges and prosecutors from Africa. It was the first time a former African leader was judged on African soil.

When the EAC first began its evidence gathering trips to Chad in 2014, hundreds of people turned out every day to describe what they had lived through. Thousands of stories of torture, forced disappearance, illegal detention and murder were recorded, but there was no specific focus on sexual violence or rape. Many women who gave evidence spoke of generalised crimes, abuse and physical injuries, but in a conservative society such as Chad it was deeply shameful to admit to having been raped or abused, even if the crimes had taken place over 30 years previously.

All that changed in a dramatic fashion when a lady called Khadidja took to the witness box in the high court in Dakar in October 2015. After an intense questioning by a male judge in front of a bench of mostly male legal professionals and a packed court, Khadidja pulled up her skirt and offered to show the court where she had been stabbed in the leg by her attacker. The presiding judge gently encouraged her to elaborate and offered her the opportunity to give evidence in secret. She refused, and to the shock of everyone in the court room, she turned to Hissene Habré, who was sitting dressed in gleaming white robes in the dock just a few metres away. When the judge again asked who had raped her, she raised her arm and pointed at him.

Khadidja’s allegation was so serious that the court considered amending the original charges to reflect what had happened. Her revelation in court prompted a letter from the renowned Dr Denis Mukwege whose foundation supports the physical and mental rehabilitation of women who have been raped and abused during conflict and political repression. A group of academics working on sexual violence wrote an ‘amicus curiae’ brief to the EAC pointing out legal precedents that could be used to help the court to retroactively add sexual violence to the original charge sheet.

A year later the rape conviction was overturned on appeal, which was sought by Habre’s lawyers, although the former president never co-operated with the original trial or the appeal. The appeals court found that the rape allegation had come too late in the process to be eligible to be included on the charge sheet. In other words, it was a procedural matter rather than a challenge to the veracity of the claim.

Even if the final legal outcome was less than satisfactory, many observers have concluded that Khadidja’s bravery has fundamentally shifted the way that sexual violence is viewed by international courts. “After decades of silence, she confronted her former president in court. She told the trial judges what he did to her, and the whole world heard,” said Kim Thut Seelinger from the University of California, Berkeley’s Human Rights Centre.

Just this week, Congolese rebel leader Bosco Ntaganda was convicted by the International Criminal Court for war crimes and crimes against humanity. Crucially he was the first person to be convicted by the ICC for sexual slavery in the case of hundreds of teenage girls and young women kept as sexual slaves by his rebel forces in north-eastern Congo.

With Reed Brody’s decision to focus on Toufah’s story at such an early stage without as yet any realistic opportunities to prosecute Jammeh, it does appear that the tide may finally be turning. Even if it is difficult and time-consuming to gather evidence of these crimes, it is no longer acceptable for these stories to be left untold.

Celeste Hicks is a freelance journalist, former BBC correspondent in Africa and the author of two books; The Trial of Hissene Habre and Africa’s New Oil.