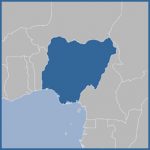 As attacks attributed to the militant Islamic group Boko Haram continue in Nigeria, Hannah Hoechner explores the  ways in which students at traditional Qur’anic schools are treated in word and deed, both inside and outside the country. Hannah is reading for a DPhil in International Development at the University of Oxford.

The “butchers of Nigeria” have “been deliberately bred, nurtured, sheltered, rendered pliant, obedient to only one line of command, ready to be unleashed at the rest of society,” Nobel laureate Wole Soyinka declared in the Newsweek Magazine earlier this year. “They were bred in madrassas and are generally known as the almajiris. From knives and machetes, bows and poisoned arrows they have graduated to AK-47s, homemade bombs, and explosive-packed vehicles,” Soyinka wrote. Such thinking about the almajirai, as the boys and young men enrolled as full-time students in traditional Qur’anic schools in northern Nigeria are called, is anything but unusual. Many almajirai are from poor rural households and beg for food and alms while living with a Qur’anic teacher in town. They are routinely declared responsible for Islamic radicalisation and militancy, including Boko Haram, and the periodic riots that have blighted many northern cities.

What is unusual about Soyinka’s statements is that he, who can’t be assumed to use words carelessly, chooses to delve into animalistic metaphors to describe the students of traditional Qur’anic schools. Linguistically he renders them less than human: Isn’t it usually dogs – whom Prophet Muhammad strongly disliked – that are “bred,” “nurtured,” “unleashed”? Twelve-year-old Ismail, who lives as almajiri in Kano’s Old City, says that “to some, a dog is better than an almajiri. They think he is an animal, that a donkey is even better than an almajiri”. The almajirai are painfully aware of negative opinions about them and distressed about being frequently denied even a minimum of respect as human beings.

Most almajirai don’t know that the media write about them as ‘cancer’ and about their schools as ‘breeding grounds’ for ‘monsters’. But they know that the people in their neighbourhoods talk about them as urchins and hoodlums. They think this is unfair. In their view, people accuse almajirai of all sorts of petty incidents because it is convenient: blaming almajirai carries little risk of stepping on the toes of powerful protectors. Low status, then, can engender even lower status: As almajirai often lack the power to refute unjustified accusations, these feed negative stereotypes. And people act upon their stereotypes. Most almajirai experience abuse of some form when begging or working as domestics.

That the almajiri system has become such an easy scapegoat for those searching to account for sectarian and inter-religious violence is problematic in several ways. First, such reasoning cuts a long story very short. Some 9.5 million boys and girls all over Nigeria attend Qur’anic schools, either in addition to attendance in a secular school, or as their only educational experience. Are we to believe all of them become violent militants? To assume that violence results mechanically from some inherent feature of traditional Qur’anic education aborts prematurely the search for more meaningful explanations of violent behaviour.

Often the link between almajirai and violence is made with reference to their putative refusal to acquire modern skills and knowledge. But contrary to received wisdom, many almajirai are anything but hostile to modern education. Many attend secular (or modern Islamic) school for a number of years. Many have to drop out of presumably ‘free’ basic education because their parents can’t muster its costs. What is more, the almajirai are hardly alone in lacking skills to safeguard their economic futures. Educational disadvantage extends far beyond them, as the low secular school enrolment rates for girls in northern Nigeria, or the poor achievements of even those children who do attend secular school, attest. According to the Nigerian Demographic and Health Survey, 35% of school-aged girls attend primary school in the North West as compared to 47% of boys. In contrast, in the South East 80% of both girls and boys attend. In Sokoto State, 91% of children aged 5-16 years cannot read a simple sentence in their preferred language at all; in Lagos State on the other hand, 92% of children can either read the entire sentence or at least parts of it.

What is problematic about blanket accusations as those by Soyinka are the logics of action following from them. People who conceive of the almajirai as animals will treat them accordingly. People who conceive of almajiri enrolment as merely a wilful but wrong choice let fall by the wayside the role that structural inequalities and poverty play in determining access to education in northern Nigeria.

African Coups in the 21st Century