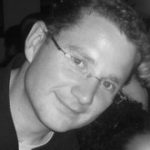 Reflecting back on the Women in Politics and Government Conference in November 2013, our Co-editor, Nic Cheeseman argues we need to increase the number of women in government, but in order for these women to have leverage in their respective legislatures, they need to be seen as legitimate representatives who have earned the positions that they occupy.

Two weeks ago I took part in the Women in Politics and Government (WIPG) conference, the brainchild of Winihin Jemide. The speakers, who included female MPs, ministers, and senators from across Africa, were universal in lamenting the lack of women in African politics.

Of course, male political domination is not just an ‘African’ problem. Many developed democracies are among the worst offenders. Only 23 per cent of the UK parliament is female, while in America men make up 82 per cent of the legislature. This compares poorly to Rwanda, where the use of quotas has resulted in successive parliaments with a female majority.

But many African states have not made as much progress as Rwanda. So what are the most important factors that increase female parliamentary representation? Somewhat surprisingly, there is no clear relationship between the quality of democracy in a country and the representation of women. The parliament in Botswana, one of the most open and liberal states in Africa for the last 60 years, is almost wholly male (83 per cent).

The relationship between gender equity and having a female head of state is also unclear. Consider Liberia, where President Ellen Johnson-Sirleaf was able to win the presidency but failed to persuade the legislature to introduce a 30 per cent gender quota. As a result, women make up just 11 per cent of the House of Representatives.

By global standards, Kenya is not doing badly: 23 per cent of the National Assembly are women — more than America, and only just below the UK. However, in other ways the country has a long way to go. (see: Gender balance to ensure equity).  In the Gender Inequality Index, Kenya ranks 145 out of 186. There have been relatively few successful female leaders.

In the medium-term the 2010 Constitution should help to change this picture. Article 81 (b) of the new constitution stipulates that ‘not more than two-thirds of the members of elective public bodies shall be of the same gender.’ The World Bank celebrated the new provision by citing Kenya as a global leader in gender equity reform. However, the Bank may have acted a little hastily.

Parliament has failed to introduce legislation to implement the gender equity principle in the two years that have followed the promulgation of the Constitution. As a result, the Supreme Court ruled that the gender clause could be deferred until after the 2013 election. It is now time to work out how to implement Article 81 (b). It will not be easy to get this right. (READ: MPs put male numbers to good use — tame the appetites of gold diggers)

While the introduction of quotas in countries such as Rwanda has improved gender equality in the political sphere, numbers alone are not enough. In many countries, deeply rooted party loyalties, ethnic divisions, and a lack of leverage mean that female MPs have not been able to change government policy when it comes to gender equality. If women are to exert an influence on government policy, it is important that they are seen to hold their positions legitimately, and to be representing a genuine constituency. Otherwise, it will be too easy for male legislators to ignore their new colleagues.

Considerable planning is therefore required to avoid the debacle of the County Elections, where the lack of women elected meant that 600 additional representatives had to be nominated to the assemblies in order to satisfy the gender threshold. Not only did this call into question exactly who these representatives were representing; it cost the country an estimated Sh570 million in additional salary costs. If the National Assembly is to avoid a similar fate in 2018, the legislature and the electoral commission needs to start planning sooner rather than later.

This article was originally published in the Daily Nation on 6th December 2013.