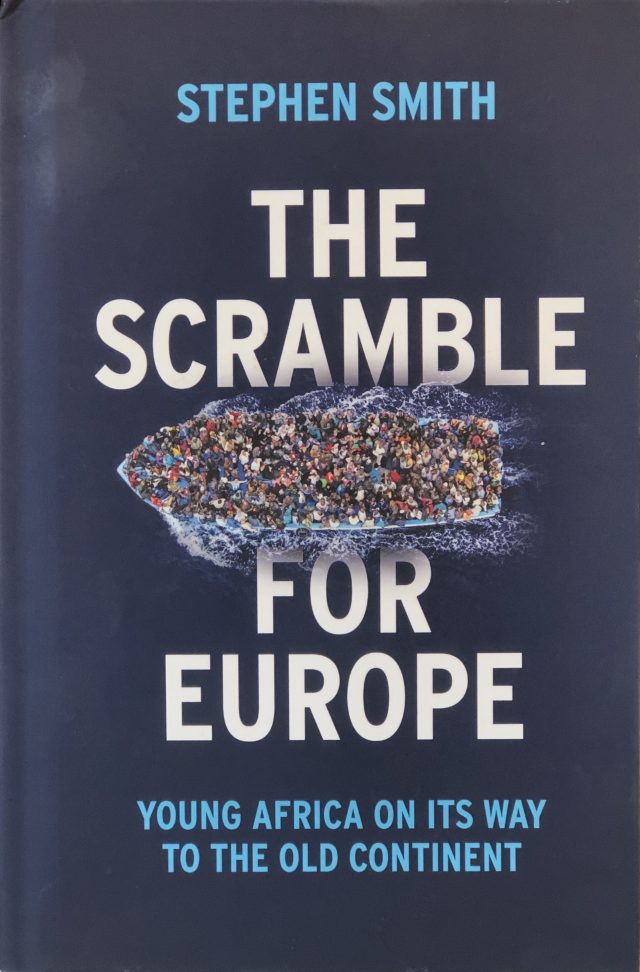 From being a ‘dark continent’ to a ‘rising continent’ and anything in between, Africa is misunderstood? Drawing insights from his thought-provoking new book, The scramble for Europe: Young Africa on its way to the old continent, Stephen Smith shows how the key is in understanding Africa’s young.

A major key to understanding contemporary Africa has remained hidden in plain sight: the continent’s ‘human geography’. By this I mean not only demographic growth that is unprecedented in history. From 150 million people in 1930, the continent’s population has risen to 1.3 billion today, and will almost double again over the next thirty years to reach 2.5 billion in 2050. But still more importantly, as a result of ever larger generations succeeding one another, Africa has become ‘the island-continent of Peter Pan’, home to the youngest population on earth. 40 percent of its people is under the age of fifteen.

Consider what this means, for instance, for democracy. With the voting age at eighteen or older in 53 of 54 African countries, more than half of the continent’s population has no say in their collective destiny. Democracy appears more an age-based privilege than a majoritarian right. Should we then wonder why democracy, though ardently desired, proves hard to sustain? Another example is the HIV/Aids epidemic. Two thirds of the world’s HIV-positive people live in Africa. Why? Not because HIV/Aids is an ‘African malady’. Rather, a high proportion of youth means a larger number of people who are sexually more active and less cautious, especially when they have already dodged danger if not death in myriad other ways.

Time and again we get ‘young Africa’ wrong, as we don’t grasp what we see. In the 1990s, the iconic image of the continent was a boy soldier dwarfed by his AK-47 assault rifle. We were told that two thirds of the world’s child soldiers were Africans. However, instead of lamenting youthful violence and anarchy, the media should have highlighted the fact that, on the ‘island-continent of Peter Pan’, and in the absence of more peaceful alternatives, only a very small fraction of young Africans — almost a redundant statement given the continent’s age pyramid… — joined armed movements to live by the gun.

By the same token, the harsh and oftentimes moralizing assessment of postcolonial rule in Africa cries for revision. Yes, bad governance and corruption have been rampant since the continent gained independence. But it is also true that even the most enlightened management of Africa’s resources would not have allowed for the ‘demographic investments’ (Alfred Sauvy) that were needed — all the roads, houses, schools, hospitals and other infrastructure — to serve an exponentially growing population. Given that there could never have been enough to go around, corruption thrived as the price to pay for allowing a few exceptions to Africa’s general penury. Of course, this doesn’t turn bribery into an ethical conduct. But instead of insisting on its moral depravity, we would gain from understanding that corruption is the currency — the coin of the realm — in a market where there is an abysmal mismatch between supply and demand, and no coercive regulatory force to prevent bending the rules.

‘In Africa’, according to Amadou Hampâté Bâ’s oft-cited phrase, ‘when an old man dies, it is a library that burns’. But the wise old men are also the patriarchs and gerontocrats hoarding opportunities at the expense of young men and women before ceding their place to the next generation. The tension in contemporary Africa between the ‘old’ and the ‘young’ is acute. The old are the gatekeepers of a supposedly stable but actually moribund world held in place by flagrant injustices. The young yearn for equality and, propelled by constant disappointment and mounting frustration, threaten to bring the old order down on the heads of their elders.

Africa’s ‘ancestral cultures’ are compromised by a numerical mismatch. Even assuming everyone over the age of sixty were automatically wise, the ‘old sages’ make up only 5 per cent of the population, a number that is simply not big enough for norms and values to be transmitted to the continent’s young population. In the big cities’ slums, and nearly half of all African urban dwellers live in slums, nine out of every ten inhabitants are less than thirty years old; they have only their peers as mentors in a life that can aspire to no more than simply ‘getting by’. In Lagos, with about 23 million inhabitants the continent’s biggest megacity, more than 60 percent of the population is under fifteen. In London, Paris, and Berlin that age category represents, respectively, 18, 16 and 13.5 percent.

For sub-Saharan Africa’s two majority groups with minority rights — young people and women — the social contract is laced with inequities. And they are no longer patiently waiting their turn for more power and prosperity. As digital natives or proselytizers of new articles of religious faith — from Pentecostal to Islamic, millenarianism to jihadism — these ‘social cadets’ are struggling for emancipation. But the elderly hoarders of opportunities are often too powerful to dislodge. So many young Africans are looking elsewhere to graduate to adulthood. Migration is their best option. They escape through the satellite dish or the Internet long before they actually set out for a more promising ‘elsewhere’: from their village to a nearby town, a national or regional capital in a better-off-neighboring country, and eventually Europe or America.

Stephen W. Smith is Professor of the Practice at Duke University.