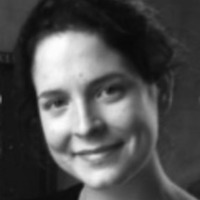 Michaela Collord investigates recent goings on in Tanzania, and asks whether there is evidence that the legislature is becoming more willing to stand up to President Magufuli.

IT IS NOW old news that, since taking office in November 2015, President Magufuli has sought to reign in political dissent in Tanzania, be it from his own ruling party, opposition parties, the legislature, the media or private citizens. While many have denounced this authoritarian turn, there has been little by way of effective pushback.

That is starting to change.

It began with a dramatic show of strength from one of Magufuli’s close lieutenants, the Regional Commissioner for Dar es Salaam, Paul Makonda. Speaking at a televised press conference, Makonda brandished a list of 65 individuals who he claimed were in some way implicated in the drug trade. The list included everyone from prominent businessmen to religious leaders to pop music celebrities to the Chairman of Tanzania’s largest opposition party. All the individuals named were ordered to report for questioning at the Dar es Salaam Central Police Station.

The order, and the highhanded way it was enforced, prompted an immediate outcry from those whose names appeared on the list. The denunciation did not stop there, however. For the first time since Magufuli took office, parliamentarians from both CCM and the opposition parties united, unanimously resolving to summon Makonda to appear before Parliament.

It seems Makonda had crossed a red line. First, he overreached by targeting—en masse—a group of well-connected individuals from both sides of the political spectrum. While the opposition has had to contend with systematic repression, and individual politicians have also come under fire, Makonda’s smear affected a large and diverse group of prominent individuals, which made a coordinated backlash that much easier.

Second, Makonda’s actions fed into growing tensions between parliamentarians and Regional and District Commissioners. While there have always been disputes over the respective powers of MPs versus Commissioners, these have grown more acute under Magufuli. This is because the President has relied on his administrative appointees to implement the government’s local development agenda, which has led to the political marginalization of parliamentarians. Given the opportunity to shift the balance, MPs were quick to pounce.

It is unclear what comes next. On the one hand, Makonda is in a bad way. Amidst a sustained outcry, rumours of forged academic qualifications, and allegations of ill-begot wealth, the Commissioner has lost some of his nerve. After breaking down sobbing during a church service, he is now rumoured to have left on a two-month vacation to South Africa.

But whereas Makonda could fade into the background, the real concern here is Magufuli. Many were—implicitly or not—critical of the President for his role in nurturing a political environment where an official of Makonda’s rank could issue such a seemingly outrageous order. At the same time, Makonda’s intervention stoked divisions within government and CCM, divisions which Magufuli appears at increasing pains to contain. Take, for instance, his recent appointment of the former First Lady, Salma Kikwete, to a parliamentary seat. This unprecedented move has fuelled a wave of speculation as commentators mull whether the no-nonsense President is making concessions to appease potential detractors within his own party.

Whatever the realty of this situation, things continue to move fast on the ground. This coming weekend, an extraordinary meeting of the CCM National Congress is set to approve sweeping reforms to the party constitution. These will see the elimination of more than half of National Executive Committee positions as well as new rules barring CCM and government leaders from holding more than one official post. The response to these reforms, and Magufuli’s ability to manage a situation where party patronage has been vastly reduced, remains to be seen.

This article first appeared on the Presidential Power website.