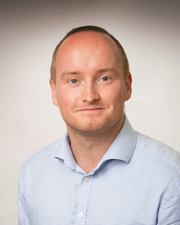 Alex Beresford provides a short and sweet analysis of the outlook for South Africa following the fall of Jacob Zuma and the rise of Cyril Ramaphosa. Can the country’s new president really solve its problems?

This is the most critical moment in South Africa’s post-apartheid history. Cyril Ramaphosa will assume the Presidency amid several intersecting crises: a struggling economy; a low investment rating; rising unemployment, inequality and stubborn rates of poverty; rampant corruption and patronage politics; factionalism and division within the ruling party; a dysfunctional state apparatus; and severe questions about the integrity and autonomy of state institutions.

Ramaphosa will need to move quickly to address this multidimensional crisis and, judging by the speed of his early response, a significant shift in South African politics is already firmly under way.

While there has been a great deal of understandable relief within South Africa, the ANC, the investment community and the world media about Zuma’s resignation, it would be dangerous for this to give way to hubristic triumphalism.

Zuma has become a symbol of corruption and inept, kelptocratic governance, but his governance was ultimately a symptom of much deeper problems inherent to contemporary capitalist development and the contradictions of state-building in the Global South. His resignation can thus only be seen as the beginning of what will be a much longer (and potentially more volatile) journey towards reform.

In particular, the embedded nature of corruption at all levels of the state is not just a reflection of the moral deviance of one individual. Predatory politicians are just part of a wider picture in which ordinary South Africans form networks to party and state officials as a means of navigating the ubiquitous violence of inequality and poverty that they are confronted with on a daily basis. This structures into the system expectations between citizens and political leaders and networks of exchange in which patrons distribute resources and opportunities in return for support.

These dynamics are deep rooted and will take years to address.

Furthermore, despite the sanguine tone adopted by international business circles and the current boost to the Rand’s value, there are some sections of the business community who have reason to be worried about current events.

If Ramaphosa is serious about tackling corruption he will need to address its transitional dimensions. As recent revelations have made clear, international banks and financiers have, at the very least, facilitated corruption and money laundering on a massive scale, while other businesses are implicated in the controversies around tender awards and bribery.

This is a not an ‘African’ problem reflecting the avarice of an individual: it is a reflection of a broken system.

The South African state is currently exhibiting the resilience of its core institutions. We are likely to see Ramaphosa acting as an enabler rather than the direct disciplinarian himself. He will free up state institutions to pursue justice against those implicated (as we are already seeing). It is easier for him to free up state institutions to do this than to be seen to pursue direct action via internal party mechanisms in what is already a deeply divided party.

In terms of the medium term outlook, those commentators stressing the damage done to the ANC from this recent upheaval miss the point. The ANC has over the last two decades sought to maintain a capacity to regenerate its appeal by distinguishing the identity of party as an institution from the moral deviance and governmental failures of individual leaders. Zuma failed the party, they will say, rather than suggesting ‘the ANC’ has in some way collectively failed the country.

The opposition, with their myopic fixation on Zuma, have served to reaffirm the impression that this crisis is centred around one man, rather than reflecting wider structural problems. This will make it easier for the ANC to be seen to ‘correct’ itself before the next election, while the opposition have all just lost their best asset.

Alex Beresford is Associate Professor in African Politics at the University of Leeds.