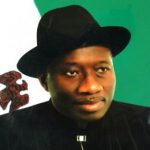 Following his highly acclaimed analysis into the state of the nation in Nigeria in January, our anonymous Nigerian analyst returns for the second of a two-part special dissecting the combustible political and economic environment in Nigeria. (If you missed it, take a look at part one here).

It was inevitable, really. With limited ‘trickle-down’, and no real attempt to move from rent to growth, combined with the widening poverty gap between an elite few and the majority of Nigeria’s growing population, a crisis of sustainability was always on the cards for the patrimonial system. The 2000’s oil-price boom simply plastered over the cracks and gave it a decade on life-support. But if the reasons why it has hit are in the end structural, and created by successive past failures of leadership; the Jonathan administration is certainly culpable when it comes to why it has hit now.

Securing the party nomination and support for the polls in 2011 against the ethno-regional algebra which had ‘zoned’ the position to the north cost the administration dearly in cheques which must be cashed on the public purse. Too many promises were made to too many constituencies; in a hurried and charged market, a very high price was paid to manufacture consensus and support.  Even that might have been reparable, but the continued delay in passing – or indeed agreeing on a realistic and acceptable draft of – the Petroleum Industry Bill has put most major new industry developments (and thus new cashflows) on ice until investors are reassured about the regulatory environment. Inaction has thus performed the singular feat of making Nigeria’s easy-to-drill, easy-to-refine, easy-to-transport oil look unattractive in an energy-hungry world, and thus government is starving itself.So what options does the administration have to free up some much-needed cash?
There are some creative deals which bear juicy fruit, such as the US$1 billion extracted from Shell and ENI in a leveraged buyout settlement of a long-running case over deepwater oil block OPL 245 (officially the money was paid by government to the block’s nominal owner, former Oil Minister Dan Etete). But in the medium-term, more reliable sources need to be found. Loans from traditional international partners are off the menu – even if there were abundant cash in the international system, which there isn’t – Nigeria has already undergone a debt relief and restructuring package, which, combined with the lack of confidence public financial management currently inspires (despite the best efforts of Lamido Sanusi at the Central Bank and Ngozi Okonjo-Iweala at the Finance Ministry) renders it basically ineligible for further such assistance.  Other African nations have looked to China as the alternative – but while the Chinese are happy to work in and with Nigeria on infrastructure and trade deals, they would be reluctant to increase their exposure having had their fingers burnt in planned oil-sector deals under Obasanjo and Yar’Adua. There may be some short-term leverage in mortgaging future oil production, but to a limited extent. That means that the cash must be found at home.One way would be limiting leaks and wastage in the governmental system itself. But civil servants are themselves one of the constituencies which the government needs to avoid alienating, and they would be unlikely to give up the perks of office for an administration of politicians who are manifestly not making the same commitment. Another would be to lean more heavily on the 36 constituent States of the federation. Federal government has already launched a bill to take control of the finances of Local Government Councils – the third tier of territorial administration – out of the hands of the states through which they currently flow, into its direct purview. Optimists point to the end of state Governors’ arbitrary deductions from the Local Governments; it is naïve in the extreme to think that would easily happen without being replaced by an equivalent process at the Federal level.
The final option is to lean more heavily on Nigeria’s long-suffering public; more ways must be found to deliver even less than at present to citizens. The biggest and most obvious place to start is with the remaining fuel subsidy – eliminating the gap between the market price and January’s agreed compromise.In fact, the process of cutting and shuffling has already started. Some of Nigeria’s constituent states have not received their Federal Allocation – their budgetary disbursement from the national treasury – since April. In a few richer states who can tap their own internal resources, such as Lagos, this loss can be cushioned. But many are 80-90% reliant on the allocation to pay salaries. And in areas of Plateau State and elsewhere under direct emergency rule from the Federal level, as a result of conflict, salaries have not been paid at all in months. This has underlined to any states which did not already get the message that further fiscal dependence on the centre is not to be relied upon, and this will accelerate the turn ‘inwards’ to rely on their own resources. In other areas too, the states are making their presence felt; demanding state police (previously only a demand of opposition states) to better protect themselves from terrorism and insecurity. The weakened centre may not be able to stop a gradual ebbing-way of such powers, and more functional devolution in Nigeria may be a good thing.Fuel subsidy removal, however, is likely to be much more of a headache for everyone. Trying to revisit this extremely emotive issue – at base about the economic viability of everyday life – without having addressed any of the public concerns about public-sector wastage, would be provocative and foolhardy in the extreme. And yet it seems inevitable that that is exactly what is going to happen. When it comes, expect fireworks, or a pre-emptive crackdown by central government, or most likely, both at once. The question is more what longer-term effects it is likely to have.

All of these factors inevitably raise the question of the current administration’s competence to govern. President Goodluck Jonathan came to office on a general public sentiment of ‘wait-and-see’. Conscious of this, he kicked off with a strong drive to improve electricity supply, which had it worked would have bought a huge aount of public acclaim, as well as economic growth, and thus public legitimacy which may well have eased his way to a second term. It is not the President’s fault that it has not transpired, although the blame for policy derailment lies perhaps as much in the contradictions of the administration’s own political structures than in the often-blamed Boko Haram insurgency. His room for manoeuvre seems constrained; the trip to Rio accompanied by an entourage of 116 persons showed he has not been either able or willing to deliver on the least of January’s commitments, to cut government travel wastage. In a 24th June question-and-answer, asked about assets declaration, an issue on which the government had recently made commitments with the US, the President shot back that he ‘didn’t give a damn’ about declaring his assets. The Abuja rumour-mill whispers that the President is often ‘tired and emotional’ by early in the working day. Whether grounded or not, such rumours reflect the way Nigerians picture their leader. We should have sympathy for someone who perhaps was cornered into a job they did not originally expect to have: handpicked as a VP to Yar’Adua by Obasanjo, Jonathan perhaps felt the hot breath of militants on his neck too warmly to feel free to refuse the honour of the highest position when the opportunity came. And, it seems, he may have to deal with similar constraints when considering the elections due in 2015. Although suggestions of a constitutional reform to allow him a single seven-year term seem to have been quietly dropped, there are many regime insiders keen to renew their jobs in less than three years’ time.

From the outside however, the current administration does not look in good enough shape to make it that far, let alone win another election. Political commentators speculate whether a different head of state would be able to do better, perhaps another Niger Deltan or a northerner. To attempt to remove a serving President would be unprecedented, would cause a constitutional crisis, and would doubtless provoke a strong reaction from Ijaw militants in oil-producing areas; if Jonathan does not regain the initiative, however, establishment insiders may give their thoughts to alternative prospects for stability.

So the political atmosphere is beginning to manifest nerves much like the bomb-vulnerable public, and the effects are telling; demonstrations banned, homes of civil society activists broken into. Nigeria has been in these uncharted waters before, the last time during the odious dictatorship of late General Sani Abacha; but in that case the story was suddenly terminated by an act of god. This time, under a civilian dispensation, no-one is sure how events will unfold.