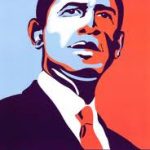 On the eve of the American presidential election, Virginia McNally, a student at the University of Georgia, considers whether the identity of the winner matters for Africa. After all, despite much talk of a fresh approach to the continent’s problems, has Barack Obama actually done anything significantly different to his predecessors?

When President Barack Obama was elected in 2008, many around the globe anticipated that his actions toward Africa, particularly sub-Saharan Africa, would be different than that of former U.S. Presidents.  Many Africa watchers hoped for a unique approach motivated by Obama’s background and personal goals. Not only was his father Kenyan, but the President had expressed an interest along the campaign trail in making significant changes to the U.S.-Africa relationship. At the same time, it was hoped that while many Western leaders have been called “imperialist” and “colonialist” after criticizing African states, African leaders would be more tolerant of Obama’s advice.

Others, however, were less optimistic, pointing to the history of American engagement in Africa as evidence that security and economic concerns almost always outweigh other considerations. Many African leaders hoping to reform their relationship with Western powers were optimistic, but just as many others were cautious. These less optimistic commentators have been proved at least partially correct. The recession got worse. Wars in Iraq and Afghanistan persisted. The Arab Spring spread like wildfire. Tension with Iran tightened. Because of these factors, a consistent and focused engagement with Africa dropped out of sight.

Africa was not outright ignored. The U.S. government appeared to engage on an “as needed” basis, responding to conflict in Ivory Coast, Somalia, Kenya, Sudan, and with the Lord’s Resistance Army. In recent months, the State Department and President Obama have been quick to point out these “successes” in the U.S-Africa relationship.

However, as The Washington Post reported earlier this year, American strategy in Africa has been highly focused on security interests.  Strategic intelligence activity in Africa has lately taken the form of spy planes disguised as civilian aircraft. The purpose of these planes? To carry out a “shadow war” against al-Qaeda and its affiliated groups. Spy planes are supplemented with drone planes in East Africa, and military officials have already noted the possibility of drone activity expanding in the future. For now, small commercial planes best blend in with the scenery. Military intelligence operations are also supplemented with contractor-operated planes, a controversial tactic often used in similar situations elsewhere.

In addition, the American military has stepped up its training of African forces to focus not just on how to conduct aid missions, but also how to find and capture terror suspects. With attacks on the rise in Nigeria and Somalia, both strongholds for al-Qaeda affiliated groups, Africa is increasingly being seen not as a continent that needs development, but as a major security threat.

While this strategy began in 2007 with the establishment of The U.S. Africa Command (AFRICOM), the Obama administration has supported and enlarged the program as a central feature of its security policy on the continent. Significantly, in order to implement this strategy the U.S. was forced to befriend the leaders of Burkina Faso and Uganda, both of whom have dubious democratic credentials. Thus although both regimes have been accused of helping to destabilize their regions, they have nonetheless become key American allies within AFRICOM’s surveillance and intelligence strategy. As a reward for their support, the US government has moderated its criticism of the lack of political reform, despite retaining a rhetorical commitment to democracy promotion.

Meanwhile, little has been done in regards to the other aspects of the U.S-Africa relationship.  Active support of democracy and development has been limited to engagement with the above-mentioned countries, an emphasis on food security, and the continued support of the 2000 African Growth and Opportunity Act (AGOA).  The Obama administration has also largely ignored the exponential growth of Chinese activity in Africa, and has allowed its largest competitor to take advantage of many lucrative investment opportunities. Bizarrely, while the U.S. will not trade with some states on the basis of their questionable democratic practices, it is willing to support their militaries in order to address security concerns.

As The Washington Post broke the story about U.S. intelligence efforts in Africa, the Obama administration revealed a new Africa policy that did not mention these intelligence operations. In fact, most agree that the policy was bland and contained nothing particularly new. Despite this, the ‘new’ policy was made official when Secretary of State Hillary Clinton travelled to six African countries in late July and early August. Her trip was deemed largely successful as she connected with leaders through speeches and the occasional dance. Once again though, security interests seemed to reign paramount.

If one weakness of US strategy towards Africa is that it has failed to establish a holistic approach, what prospects are there for more joined-up thinking? First, instead of dividing up the U.S. policy towards Africa into camps such as security, trade, and democratization, the American government needs to recognize that only an integrated strategy will really secure its interests. The Obama administration appears to have overlooked the fact that one of the roots of unrest and violence is a lack of economic prospects. While addressing current security threats is necessary, years of economic depression combined with increasing reach of radical religious groups is likely to lead to a bigger threat in the future.  Surveillance may be seen as the ultimate preventative security strategy, but building economic relationships and combating unemployment are every bit as important.

In other words, what the American president needs to remember is that development, democracy, and security interests are not mutually exclusive; in fact, they are all inherently connected. Given America’s concern with security threats from the Middle East and Africa, using a more balanced security approach to support development and democracy initiatives will avoid simply regurgitating past rhetoric and reproducing past failures. But the evidence from the Obama administration is that these lessons are unlikely to be learnt by future presidents. Instead, the government is likely to remain reactive rather than proactive, and to focus on immediate security concerns rather than long-term processes of democratization and development, no matter who is in the White House.