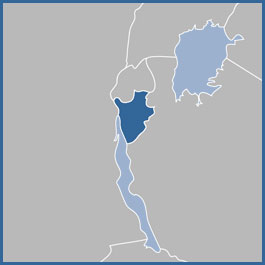 JB Falisse gives us the latest on the riots in Bujumbura and explores what they might mean for Burundi’s political future. Jean-Benoît is a PhD candidate in International Development  at the University of Oxford.

Posted on Saturday 2 May 4pm

The social and political crisis that observers have feared for months has struck. Last Saturday, the CNDD-FDD party nominated the current president of Burundi, Pierre Nkurunziza, as its presidential candidate. A few hours later, unrest burst out in the streets of the small country’s capital city, Bujumbura, and second largest city, Gitega. At the time of posting this article on the 2nd of May, the ‘platform against a third term of president Nkurunziza’ had just called for a two-day ‘truce’ in order to bury the victims of six days of uninterrupted protests.

Protesters are mostly youths and students but their cause is shared by the political opposition, members of civil society, the powerful Burundian Catholic Church, and even former key members of the CNDD-FDD. All contest the legality of the president’s candidacy. At least nine people have already been killed and dozens of others injured and arrested in clashes with the police. Mr Nkurunziza, who is running for a third term, argues that the constitution and the Arusha Peace Agreements’ restriction of maximum two presidential mandates does not apply to him since he was elected by the parliament and not by the population in 2005. Rhetoric is escalating, as each side has been accusing the other of dangerously endangering the relative peace the country has known since 2005, after a 12-year war that cost around 300,000 lives. Shortly after unrest began the government shut down all non-state controlled media as well as social media, universities, and some phone lines. The main strategy of the presidential camp appears to be an attempt to force through Mr Nkurunziza’s candidacy. On Thursday though, in a move destined to appease protestors, the senate requested that the constitutional court to examine the validity of Nkurunziza’s candidacy.

If Mr Nkurunziza maintains his candidacy and the army does not rebel against its commander-in-chief, he is likely to obtain a third term. Over the ten years it has held power, the CNDD-FDD has dominated the political landscape and rather successfully undermined opposition parties, which have failed to unite behind a single programme and candidate. Opposition leaders, some of whom came back from exile in the last two years, have often not been recognised as legal opposition figures and civil society organisations regularly denounce the obstruction and harassment of opposition party members. In April, the wife of the opposition party FNL historic leader, Agathon Rwasa, just escaped assassination. As in the 2010 elections, the constituencies of the opposition parties appear much less developed than the CNDD-FDD’s, especially in the countryside where the ruling party has built an impressive network of local committees and associations. Once out of Bujumbura, the eagle with the machete of the CNDD-FDD is omnipresent on buildings and flags.

The crisis reveals changes in a country whose first substantial experience with democracy is only ten years old. Public demonstrations, protests, and acts of civil disobedience (such klaxon concerts) have surprised even old Burundian political scientists who were used to the analysis of much less public forms of opposition. A large demonstration gathering Burundians from different social classes and ethnicities – such as the one that accompanied the release from prison of Bob Rugurika, the director of the popular Radio Publique Africaine (RPA), in March – was thought to be simply impossible in a country still traumatised by years of communal and ethnic violence. Some have seen in these public and, until the recent riots, mostly peaceful displays of discontent, the signs of a growing democratic maturity.

Pierre “Petero” Nkurunziza, a physical education teacher turned Hutu rebel turned born-again Christian president, plays football every day with his team, the Hallelujah FC, and is something of an oddity in the history of Burundi. He believes that his presidency represents a divine will and, contrary to most of his predecessors, has spent most of his two presidencies outside of the capital city meeting ordinary people, inaugurating buildings, and launching community works. The opposition has accused him of being in political campaign for the past ten years. He further increased his popularity by launching generous social programmes: an affordable and comprehensive health insurance card, free primary schools, free health care for pregnant mothers and children under five, and the transformation of the primary school system into a more vocational and slightly longer fundamental school. These programmes, now the flagships of his campaign, are however in trouble: the insurance card has proven to be a financial catastrophe; nurses and teachers have not been paid in months; the quality of teaching has visibly declined as teachers are asked to teach subjects they do not know such as English, Swahili, or entrepreneurship; and many health clinics are on the verge of bankruptcy as the state cannot afford to pay for the free services they provide.

As its recent call to foreign diplomats to ‘remain neutral’ in face of the unrests shows, the camp of Nkurunziza knows it is clearly not the favourite of the international community anymore. In the course of the past two months, major bilateral donors like the European Union, the United States, as well as President Kikwete of Tanzania and Ban-Ki-Moon have all asked President Nkurunziza in person to refrain from seeking another term in order to prevent political violence.

The wind seems to be turning for the one who was once seen as the best chance for a stable and peaceful Burundi. Nkurunziza and his party had emerged as the clear winners of the 2010 contested elections, which were deemed “a technical success but a political failure” (International Crisis Group). The boycott of these last presidential and legislative elections by the main opposition parties left the CNDD-FDD with what was almost a five year blank check. Violence, often politically motivated, has nonetheless remained endemic, denounced by local and international organisations such as Human Rights Watch. Two recent episodes in particular –the rape and murder of three Italian nuns in Kamenge and the killing of around a hundred so-called rebels in Cibitoke in January– upset both the international community and many Burundians.

In the two months preceding the nomination of Nkurunziza as a presidential candidate, the CNDD-FDD seemed on the verge of implosion: dozens of key party members signed a petition against the third mandate; former party leader Hussein Rajabu escaped from prison where Nkurunziza had had him thrown for the past 8 years; and the party committee (the so-called ‘wise men’) advised the president not to seek another mandate. The presidential camp reacted by declaring dissident voices a threat to peace and purged the party and its ruling committee of those who were suspected of being potential opponents. This profoundly changed the CNDD-FDD, a party that had often appeared as a hydra whose multiple heads are secretly and constantly fighting and compromising for power. Nkurunziza now seems to be the only and the almighty chief.

The future of Burundi is, once again, rather unpredictable. Nkurunziza has no very strong contender in the presidential elections but the unrest and events of the past few months have eroded his legitimacy in the eyes of the international community, its neighbours, and entire sections of the Burundian society. The extent to which his legitimacy is also eroded in rural Burundi, historically his strongest constituency, is unknown and a crucial factor. The opinion of this much less visible majority should be revealed by the polls at the end of May. Yet, fair and transparent elections seem unlikely in the present context -and the electoral commission reportedly still misses half of the budget required to organise the elections.

The extent to which Nkurunziza can hold power is uncertain, but the many months he took to announce his candidacy may indicate that he has ensured support from key MPs and generals. Yet, he has also came out of the process alienated from the progressive part of its party and capable collaboratorscolleagues including his own spokesperson, Leonidas Hatungimana, who publicly warned him against running for a third term, the President of Parliament, Pie Ntavyohanyuma, and Second Vice-President, Gervais Rufyikiri, who both were excluded from the CNDD-FDD ‘wise men’ committee under the suspicion that they might not fully support the candidacy of the president. The people likely to be in power if Nkurunziza remains president are now, more than ever, his closest followers. They are chosen almost exclusively from his fighting comrades –people who often spent substantial parts of their early adult lives fighting in the bush and tend to have few professional qualifications.

Violence is, understandably, the main concern of the international community and media. The youth wing of the CNDD-FDD, the Imbonerakure, have been training, and reportedly arming, for a few of years. Some observers have not hesitated to draw the comparison with the infamous Interahamwe militias of the Rwandan genocide. The population fears the Imbonerakure more than ever, as shown by the recent exodus of over 25,000 Burundians (and counting) to Rwanda and DR Congo. Armed resistance to the Imbonerakure cannot be dismissed in a country left with plenty of small arms from the civil war. Youths from the opposition parties, the FNL and the MSD, have already demonstrated on previous occasions that they react to threats and aggression. However, Aghaton Rwasa and MSD founder Alexis Sinduhije have not made a call to arms and they will hopefully not do so; they know armed struggle is not only unlikely to dislodge Nkurunziza, it is also reproved by Burundians and the international community alike. The independence and unity of the army, which international observers and Burundians see as one of Burundi’s most mature institutions and, to date, fairly politically neutral, will be crucial in avoiding further escalation. In the recent days, it has often been a buffer between the protesters and the police. On Friday though, it was reported that a soldier was shot dead by an intelligence officer in Bujumbura. Interestingly, ethnicity is not usually seen as the main   but it remains an easy, and dangerous, scapegoat. In the last week, Rema FM, a radio close to the government and the only private radio that was not shut down, described the unrest as coming from the Tutsi neighbourhoods of Bujumbura. The international community, and especially the United States, seem quite aware of the dangers of the current crisis in Burundi, but their willingness to act is unclear. On Friday, students of closed universities started camping in front of the US Embassy.

A long-term solution is urgently needed to end Burundi’s political crisis. It will require all parties, the government, official and unofficial opposition, and civil society to work together towards fair and transparent elections. The tasks awaiting the next government of Burundi are immense: the economy is growing at a rate barely faster than the population; the frequency of petrol, electricity, and water shortages has increased in the last year; the country’s first market in Bujumbura has still not been rebuild since it burned in 2013; and over half of the population still suffers from severe malnutrition. Today, the outcome of the protests in Bujumbura remains uncertain; as do the prospects of peace and democracy in the country as a whole.

Diversifying Africa’s militaries may be the key to successful democratization