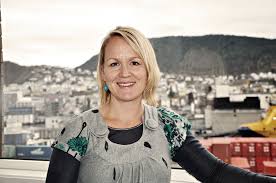 Lovise Aalen questions the sincerity of the Ethiopian government’s promise to release political prisoners, and argues that this move is a result of internal power struggles, rather than the desire to improve the country’s reputation.

The Ethiopian regime has surprised the world by stating that they will release political prisoners. This comes from a corner of the world where news about politics and human rights is normally of the bad kind. Human rights organisations like Amnesty hope this may signal the end of an era of bloody oppression in Ethiopia’s history. Others look at this as a desire to improve the international image of a country with a great economic growth, but poor political reputation. Seen in context, however, the prospects seem bleaker. It is uncertain what the regime means by ‘political prisoners’ and if they at all admit it has such prisoners. This move is not an outcome of international pressure, but a result of internal power struggles, which are currently taking place within the ruling party.

Protests in the two largest regions of Oromia and Amhara since 2015 have challenged the ruling party of the Ethiopian People’s Revolutionary Democratic Front (EPRDF) more than expected. The EPRDF, which has been in power since the end of the 1991 civil war, has been dominated by the late TPLF leader and Prime Minister Meles Zenawi. He made sure to supress tensions and conflicts between the different fractions, and managed to keep the coalition together. When Meles Zenawi died in 2012, the much less dominant Hailemariam Desalegn, the leader of the party representing various southern Ethiopian groups took over as prime minister. He was elected as a compromise candidate, who could balance the interests of the various factions and maintain the status quo. He apparently managed this well until recently. The two presidents of Amhara and Oromia, who also represent EPRDF, have since this summer partly supported the protests. They have demanded genuine regional self-rule and an end to TPLF’s dominance.

Since the protests, the EPRDF has gone through what they call a “deep reform” to address causes of the political crisis. In a statement, the executive committee on 30 December 2017 identified the lack of democracy and distrust internally in the party as one of the main causes of the crisis. This has in their view led to poor leadership and governance, which in turn is the cause of the protests. In other words, the EPRDF has not identified the lack of fundamental political and civil rights, and real multi-party elections as part of the problem.

The statement about the release of ‘political prisoners’ is a result of this reform discussion. At a press conference with leaders of all the four EPRDF parties, everyone confirmed that they had gone through an open, honest, and serious discussion and had turned every stone to find solutions to the political crisis. The joint press conference also served the purpose of appearing to be coherent coalition, with all parties behind the same political line. Prime Minister Hailemariam stated that ‘as a step towards securing national consensus and widening the democratic platform, it is decided that charges against arrested politicians and individuals should be dropped or that they should be pardoned’. This formulation is open enough to accommodate very different interpretations. International news agencies, except for one agency, were quick to convert this to ‘all political prisoners should be released’. Reuters did not use the word ‘political prisoners’, but referred to the dropping of charges or pardoning  of ‘dissident politicians’ currently under prosecution. Their interpretation proved to be more in line with the formulation of the Prime Minister. Nevertheless, the statement created international attention and expectations that the Ethiopian regime must think twice about how this will be handled and possibly fulfilled or retracted. This has already led to an immediate revision of the press release.

In an Amharic language article published by Fana Broadcasting Corporation, which is considered a mouthpiece for the EPRDF, a revised statement from the prime minister was published. All references to political prisoners or arrested politicians were replaced by ‘some individuals who are arrested for committing a crime’. International media later published statements from the Ethiopian government suggesting that the Prime Minister was misquoted. With this, EPRDF is not admitting that they have political prisoners, thus continuing the policy of rejecting that there are prisoners of conscience in Ethiopia. As a result, it is still uncertain who will be released and pardoned. Are they the few prominent opposition politicians, who may possibly be pacified through a national dialogue process, or are they the thousands of civilian demonstrators who were arrested during protests?

The prime minister also promised to close and turn the Maekelawi prison in Addis Ababa into a museum. The prison has allegedly been the centre of torture and political imprisonment. In the same breath, he stated that a new prison, with international standard will be constructed. This, along with the nuances and revisions of the Ethiopian news reports, in a political context where control and oppression is part of everyday life, makes it hard to believe that this will bring real and fundamental changes towards democracy in Ethiopia.

Lovise Aalen is a Research Director at  Chr. Michelsen Institute