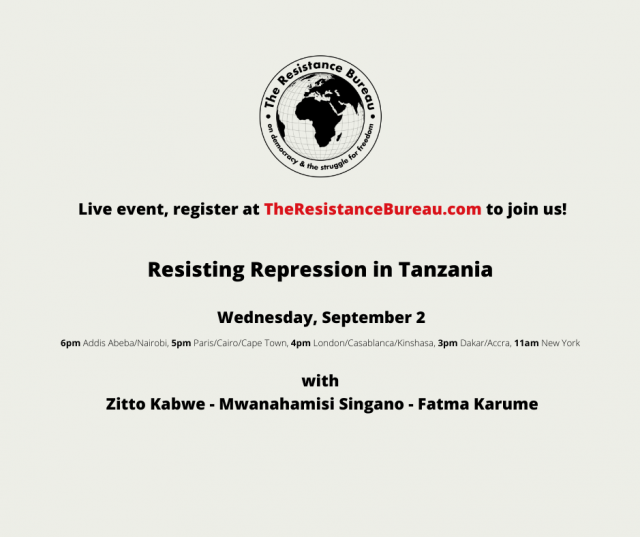 President John Magufuli was lauded early on for his seeming willingness to act tough on corruption. But the populist policies of the man known as the “the bulldozer” quickly revealed a more sinister side, characterized by a refusal to accept criticism and a disdain for democratic norms and values. In the run-up to the October 2020 general elections, Magufuli’s government has become increasingly repressive, censoring the media, arresting critics and preventing opposition candidates from submitting their nomination papers.

Worse is likely to come, as critics fear that Magufuli is intent on securing a dominant electoral victory that will enable him to recreate Tanzania’s one-party state and remove presidential term-limits. This special episode will discuss how civil liberties and political rights can be protected in a country where it is dangerous to speak out and demand respect for human rights.

Join us for this special show featuring opposition leader, Zitto Kabwe Ruyagwa, activist Mishy Singano and lawyer Fatma Karume. Our co-host joining us for this program will be the prolific Maria Sarungi-Tsehai. You won’t want to miss this one!