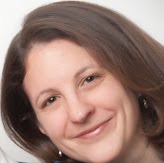 Sara Rich Dorman reflects on recent development in the #ThisFlag movement, including the release of Pastor Evan Mawarire. Placing developments in their broader political and historical context, she argues that there is cause for both caution and celebration in the wake of the Pastor’s release. Sara is a lecturer at the University of Edinburgh. Her book ‘Understanding Zimbabwe’ will be released next month.

Yesterday, Harare’s magistrate’s courts saw an amazing spectacle. Hundreds of citizens, draped in the national flag kept a vigil outside and inside, singing and praying ‘Zimbabwe must be saved’ and ‘Mwari muyamuri’ (God my helper). The end of the day was equally spectacular: Pastor Evan Mawarire – charged first with inciting public violence but then with subverting a constitutional government – was released rather than remanded into custody. The presiding magistrate ruled that the latter charges, which were far more serious than the former, had not been laid in accordance with the constitution.

In some ways this was exceptional, in other ways less so. The exceptionality can be seen in the spontaneous turn out of a wide range of Zimbabweans, not necessarily affiliated with any parties or groups, who were praying and singing. The remarkable appearance of at least 50 lawyers all claiming the privilege of representing Pastor Evan was even more striking. The nationalist iconography and the non-party-political crowds, all marks an important shift in Zimbabwe’s political landscape – this is much closer to a social movement or mass political uprising than anything seen in recent years.

Yet, at the risk of being called a doom-sayer, there were also aspects that evoked past struggles, in both positive and negative ways.  First, no one should be surprised that a Zimbabwean pastor, apparently hither-to apolitical, has taken a leading role. It is not just that Zimbabwe is a highly religious country nor that religious groups have been diversifying and growing in recent years. There is also a long and esteemed tradition of political leadership: Two of the most significant nationalist leaders—Ndabaningi Sithole and Abel Muzorewa – were churchmen, Zimbabwe’s first president was a Methodist Minister, and many other church people played important roles before and after independence. In the 1980s and 1990s, the ruling party played politics with churches and church people who tried to walk a careful line, not ‘rocking the boat’. More recently, we’ve seen the emergence of what Bella Mukonyora called ‘salt of the earth evangelicals’ (in Ranger ed. 2008). This term refers to Pastors who did not set out to be political actors, and who were trained to support their parishioners through spiritual dilemmas rather than political and economic crisis, but who began to articulate their concerns and seek answers in their faith. Pastor Evan has brought many Zimbabweans with him on his quest, but he treads the path already followed by other pastors whose ideas and experiences I explore in this draft article. Like his peers, it seems to me that Pastor Evan is articulating a ‘faith gospel’ that resonates with Zimbabwean Christianity in a way that liberation theology never has, whilst simultaneously re-imagining of the nation. This is no abstract, global, social gospel: it is a carefully articulated engagement with the local and the national. These religious leaders are clearly reclaiming a political voice for church people, and re-positioning themselves as legitimate participants in the full political sphere.

But at the same time, and on a more sobering note, the pattern of charges against Pastor Evan are also redolent of past experience. The state stopped short of charging him with treason, as Revds Ndabaningi Sithole and Muzorewa had been, but the tactics remain similar. While the court’s ruling was joyfully received, this tactic of ruling ‘conservatively’ on a procedural matter is reminiscent of court victories won by activists throughout the 1990s. Time and time again, these technical victories have been over-turned by new charges, more harassment, and sometimes worse. Zimbabwe’s magistrates come under huge pressure, and their professional ethos has been worn away. As I argue in Understanding Zimbabwe, the state only rarely acts wholly outwith the law to quell dissent, but its use of legalism is tactical and buttressed by decades of institutional control.

This is not to dismiss the power and enthusiasm that Pastor Evan and #thisflag social movement has generated, but to warn that they have only begun to confront the behemoth that is the Zanu(PF) controlled state.