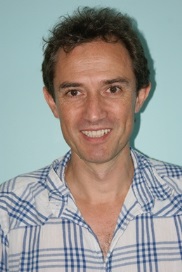 Laurent Fourchard tells us about his research into certificates of origin in Nigeria, and explains why talk of ‘corruption’ does not get us far in exploring the politics and processes that surround them. Laurent is a is a senior researcher with the French Foundation of Political Science (FNSP) at the research institute ‘Les Afriques dans le Monde’ at Sciences Po Bordeaux, France. You can read more of his research here.

‘They are too many people who try to secure jobs in government and so many people came and settled there in Ibadan. If we say we are going to employ one non-indigene, 100 indigenes will come up to complain’. This was the answer of the Oyo state governor in 2001 to a delegation of the Hausa community of Ibadan who came to protest against their discrimination in the access to the job government market.

In the last fifteen years, the increasing literature on indigeneity, ethnicity and autochthony in Nigeria has emphasised and explored the conflicts triggered by the division of the country’s citizens into two distinct bodies (indigenes and non-indigenes) and on the discrimination of the non-indigenes in access to civil services, to jobs, universities or political positions. Like in many other countries in the world autochthony – which expresses the claim that a group or individual settled first in a certain place and now be rooted in the soil – has undergone a powerful renaissance. But unlike many other national contexts, discrimination based on the origin of its citizenry has been systematically institutionalised in Nigeria through federal and state bureaucracies (see the special issue of Africa on xenophobia and citizenship).

In Nigeria, the categories ‘indigenes’ and ‘non-indigenes’, are not only poorly contested by most citizens but also internalised as legitimate in most instances. Nigerian political leaders were inspired by the legacy of Indirect Rule – which shaped and dramatically increased differences between natives and non-natives – and by the ideology of 1950s and 1960s regionalism – which favoured citizens of one region over the other two – and eventually formalized a form of indigeneity that granted rights and privileges to groups designated as indigenes in the 1970s. This policy led to discrimination against those labelled as non-indigenes as well as numerous violent conflicts between indigenes and non-indigenes, a trend well informed today by the academic literature.

Less has been said on how indigeneity has acquired a political centrality on the basis of which many differences and forms of exclusion have been manufactured. Local government officials have the responsibility of identifying their ‘true indigenes’ and issuing thousands of ‘certificates of origins’ on a daily basis. As I argued in my recent article for Africa, indigeneity is not only about violence and conflict; it is also about mundane daily encounters, negotiation and compromise between bureaucrats and indigenes. Certificates are required for access to a widespread number of opportunities, including university to government jobs.

In Ibadan, the capital of Oyo state in Southwestern Nigeria, in only one local government 500 applicants might queue everyday day to get a certificate between the university admissions period of June ‘til October. During a public work campaign for unemployed youth in Oyo state during July 2011, 180 000 youth came to the different local governments in Ibadan to get a certificate even it was not necessary to apply: indigeneity is so ingrained in the local imaginary, that applicants thought the scheme was made for indigenes only.

Producing certificates has become a source of revenue for a number of local governments; ‘Everything can be bought in Nigeria including certificates of indigene’ suggests a local politician. An ethnographic exploration of local government practices in Oyo state indicates, however, that everyday encounters between users and bureaucrats cannot be reduced to corruption. The process of identifying a true indigene is more ambivalent and complicated. The applicant has to answer a full set of questions concerning his or her origins, his family and lineage history. Most of the time officials are reluctant to deliver certificates for money alone: In order for the whole system to remain credible, applicants need to hold a name and develop a narrative that complies with what is expected.

Most of the time, officials are good amateur historians, having acquired an impressive body of local knowledge of their local government areas. ‘People are ignorant about their history’, complained a senior civil servant, ‘When they come here, we have to educate them; we have to send some people back to their mogaji (local chief) where they are going to tell them where they come from’. Many officials see this procedure as bolstering a sense of local citizenship and raising citizens’ awareness of their local and family history.

The bargaining power is, however, on the side of the bureaucrats. When time allows, officers engage with the review process but during peak periods – mainly during university admission and during public work campaigns – they are less able and willing to pour time into tracing the real origin of applicants. To ease their workload, increase local government revenue streams, and help the daily functioning of the local state, officials often use their discretionary power to determine the number of certificates to be issued and to be more or less discriminatory towards non-indigenes.

This official behaviour is important: it shapes the daily politics of indigeneity. To label it as ‘corruption’, however, is unhelpful. Such labels do not improve our understanding of bureaucratic functionality or the normative considerations of local officials. Furthermore, it encourages us to overlook the ways in which popular consent bolsters the institution of indigeneity. In practice, indigenes come en masse to get a certificate when needed. Meanwhile, non-indigenes do not contest a system that benefits both popular and state legitimacy and have no other choice but to ignore it or to claim a certificate individually by re-inventing their life history. The whole institutionalization of certificates entrenches rights for the majority, contributing its relative acceptance of the state’s ‘insidious gentleness’ (‘une douceur insidieuse’ according to Foucault). Despite promises to suppress this official discrimination, the new federal government will probably not abolish it as it is at the core of the daily functioning of the state in Nigeria.

Is WhatsApp Undermining Democracy in Africa?