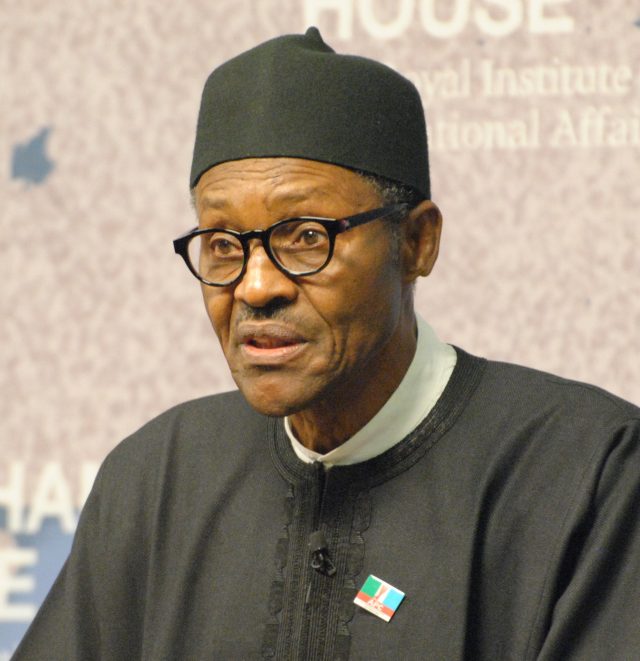 President Buhari might have entered office with a groundswell of support but that support is in danger of fading fast, argues Nic Cheeseman. This post was originally uploaded on Presidential Power.

When President Mohammadu Buhari defeated the incumbent, President Goodluck Jonathan, at the ballot box in March 2015, Nigerians expected many things to change. Buhari had done a good job of playing on his reputation for stoicism and discipline to argue that he would curb corruption and make the government more efficient. At the same time, his former life as a military leader was taken by many as evidence that he would be better equipped to deal with the Boko Haram insurgency in the north of the country. Moreover, the inclusion of some of the leaders that had been responsible for the reinvigoration of Lagos within his coalition suggested that the new government was serious about providing services and had the skills that it needed to embark on a process of much needed urban regeneration.

But March 2015 now feels like it was a very long time ago. Although the government – backed by Chadian troops and higher levels of international support – has been able to make inroads against Boko Haram, few of the other gains that Buhari supporters had been hoping for have materialised. Some of the reason for this is beyond Buhari’s control. When he took office, he inherited a particularly challenging political and economic environment as a result of three main factors: the poor decisions of the previous government, the low oil price, and domestic norms regarding the composition of the cabinet.

First, the government of Goodluck Jonathan failed to manage the economy in a way that would protect Nigerians from a downturn. Although a fund was explicitly set up to enable the government to save a proportion of oil revenues in order to smooth the impact of price fluctuations, most of the country’s reserves were squandered in a desperate attempt to curry favour with the electorate ahead of the 2015 polls. As a result of this kind of corruption and mismanagement, and the failure of the former government to diversify the economy away from its dependence on oil, President Buhari’s administration has found that the cupboards are bare and the economy is as vulnerable to external shocks as it has ever been.

Second, the low oil price has undermined government revenue in a country in which the economy remains heavily dependent on the export of natural resources. This means that it is becoming increasingly difficult for the government to sustain its spending commitments, especially given the high cost of fighting the Boko Haram insurgency. As a result, the new government has not been able to launch any major programmes that would enable it to meet voters’ expectations.

President Buhari hopes to rectify this problem by borrowing about $9 billion to support a 20% increase in the size of the budget, which will come in at some $30.5 billion. This is likely to improve the situation in the short-term, but risks saddling the country with a high debt burden in the future if oil prices do not rebound.

Finally, Nigerian voters and politicians have strong opinions about how positions within government should be distributed – including the norm that the cabinet should feature an individual from each of the country’s 36 states. This means that the president is not simply free to pick the people that he considers to be the best and the brightest. The problem for the president is that while many of these problems were not caused by his hand, Nigerians are impatient. Juliet Gilbert reports that in Calabar, a city in Cross Rivers state in the South East of the country, the roads are empty because a combination of the economic crisis and a fuel shortage has brought commerce to a halt. The irony of fuel shortages in an area that is so close to the source of the country’s oil wealth is not lost on local residents. Nor is the fact that life has got worse, not better since the new government took office.

The rising sense of frustration and discontent has been exacerbated by the fact that while many of the country’s problems are beyond the president’s control, his own actions have not helped. Members of his coalition from the South West of the country, who played a major role in delivering funding and a national support base to his campaign, feel that they have been overlooked in the distribution of senior positions. Consequently, there is a growing tension between its constituent parts: the Action Congress of Nigeria, with its base in the South West, and Buhari’s Congress for Progressive Change, with its base in the North.

The president has also been criticised for failing to effectively delegate and effectively use those around him. There is a growing perception that Buhari believes that he is the only person that he can trust to get important jobs done. This would be less of an issue if the government was not consistently making the most routine of mistakes. The latest example is the budget, which was found to be riddled with errors after it was presented to legislators. These included the ‘same purchase of vehicles, computers, and furniture are replicated 24 times, totaling 46.5 billion naira ($234 million), 795 million naira is set aside to update the website of one ministry, while no purpose is assigned to a 10 billion naira provision in the education ministry’s spending plan.’ The government has claimed that these were innocent mistakes rather than an attempt to ‘pad’ the budget in order to generate patronage resources, but this has done nothing to improve the reputation of the new administration. It has also had a negative impact on the government’s recovery plan, because the low quality of the draft budget meant that it could not be passed on 25 February as planned, delaying the start of Buhari’s spending and investment package.

One year on, the leader who entered office with such a swell of good will behind him, will have to work hard to regain the public’s affections, showing a capacity for decisiveness, delegation and creativity that, to date, seems to have alluded him.