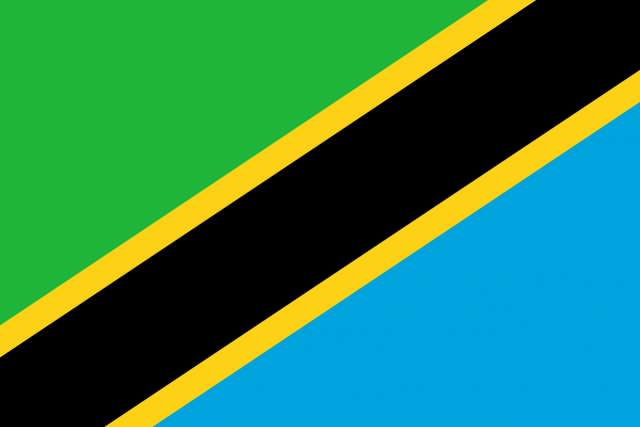 Our regular writer Michaela Collord takes a look at the electoral landscape in Uganda, where the race is hotting up. Michaela is a PhD candidate in politics at the University of Oxford. This blog post was originally posted on the Presidential Power blog.

Campaigns ahead of Uganda’s February 2016 general elections are heating up. The presidential race kicked off last month. President Yoweri Museveni of the ruling National Resistance Movement (NRM) is running against his long-time opponent, Kizza Besigye of the Forum for Democratic Change (FDC), as well as his erstwhile close political ally and former Prime Minister, Amama Mbabazi, who is standing as an independent. Nominations for parliamentary candidates closed yesterday with an expected 10,000 aspirants for just over 400 elected positions, or roughly 25 contenders for every seat.

With this array of candidates, the coming elections look to be the most heavily contested—and costly—ever witnessed under President Museveni’s 30-year-old regime. Bookmakers have Museveni and the NRM down to win by a large margin. But even with a sound victory over the opposition, the expense of handling intra-party factionalism may make it a pyrrhic one. With Mbabazi’s decision to vie for the presidency, the amount of money needed to keep the NRM house in order has risen sharply. This elite rivalry has made an already existing situation much worse, and all but guarantees more financial and political trouble after the elections are done.

The ‘commercialization’ of politics in Uganda

Museveni’s and the NRM’s long stay in power has come with an ever bigger price tag. Elite cohesion at the highest levels has been purchased by allowing Uganda’s ‘aristocracy’ to take advantage of government positions to amass personal wealth. The regime has meanwhile maintained local support through a combination of patronage, public services and coercion. The creation of new districts, each with its promise of lucrative jobs and more sate resources, has proved a particularly expedient but expensive method of bolstering the NRM’s popularity.

Pressure to extend more patronage to local areas has steadily risen throughout Museveni’s rule. This is a result of competition between the NRM and the opposition parties but also of growing competition within the NRM itself. Around elections, this pressure reaches a fever pitch. After losing ground to Besigye in the 2006 polls, Museveni started touring the country a full two years before the 2011 election, distributing money and issuing presidential pledges along the way.

Pressure on MPs is also high. Ugandan legislators report spending more on routine constituency visits than their counterparts in 15 other African country surveyed, bar Nigeria.[1] This spending rises precipitously during election campaigns. For MPs from the ruling party—who make up over 70 percent of legislators in the current parliament—the hardest test is often not the general elections but the NRM party primaries. In 2010, the first time all NRM party members had the right to participate, the primaries were marred by allegations of extensive vote rigging, bribery and fraud. The party emerged bruised. Many NRM-leaning legislators entered parliament as independents after losing in the primaries while NRM MPs openly wondered what their party had done for them. The losers, either in the primaries or the general election, were left to stew, with many calling on Museveni for compensation.

Frustration with the 2011 elections and how they were handled by the party contributed to later divisions within the NRM parliamentary caucus. Faced with an unusually rebellious legislature, Museveni had to make an effort to subdue MPs, something he achieved notably through offering them bribes for votes or support to help them manage their debts.

Beyond the political challenge, the economic consequences of the 2011 elections were unprecedented in Uganda. Since the 1990s, the government has built up a reputation for its prudent macroeconomic management, reflected in overall low inflation levels. Yet after the 2011 polls inflation rates soared, fueled to a large extent by excess election spending. The Governor of the Bank of Uganda later admitted that he had been called on to essentially print money.

Amama Mbabazi, now Museveni’s presidential rival, is very much a member of the NRM political aristocracy. He previously served Museveni as Attorney General, Defense Minister and finally Prime Minister starting in 2011. He was also elected NRM Secretary General in 2009. Over the course of his stay in government, he built up a personal fortune. He was repeatedly listed in high profile corruption scandals, but always benefited from political cover. For a long time, many saw Mbabazi as Museveni’s heir apparent with the possibility of a succession in 2016.

But shortly after 2011, it became clear Museveni was still planning to run again. Moreover, he appeared to be positioning his son, wife or son-in-law to take over after him. This seeming desire to keep the presidency as a family business has stoked tensions among the NRM’s top elite. This frustration is particularly noticeable among certain long-serving members of the party’s Central Executive Committee (CEC). Observers have argued that corruption levels in Uganda are reaching unprecedented levels in part as a result of the growing challenge of keeping the NRM top brass in the Museveni camp.

And even so, that challenge has clearly not been met. Rumors that Mbabazi—tired of waiting—was planning to challenge Museveni spread around the end of 2013. Museveni dropped him as Prime Minister in September 2014 and shortly thereafter orchestrated an extraordinary NRM delegates’ conference to change the NRM constitution and effectively strip Mbabazi of his role as party Secretary General.

Both Museveni and Mbabazi spent lavishly in efforts to build their support throughout this period, and have continued to do so since, targeting various groups—and notably youth—with patronage. As the elections season got under way, the pressure on Museveni to buy off politicians willing to auction their support to the highest bidder has also grown. In May, for instance, a group of NRM parliamentary flagbearers who lost in the 2011 elections approached Museveni asking for help with their debts. Any candidate who loses a parliamentary election on the NRM ticket automatically becomes the party chairperson in their area, thereby potentially retaining considerable power to mobilize voters for or against a presidential candidate of their choosing.

Mbabazi has repeatedly offered financial support to both opposition and NRM MPs. The prospect of Mbabazi bankrolling their campaigns was among the primary reasons why opposition parties, briefly united as The Democratic Alliance (TDA), considered adopting him as their joint presidential candidates. Opposition MPs were reportedly particularly drawn by the prospect of his support. After the TDA dissolved and Mbabazi went on to stand as an independent, certain opposition parties including the DP stuck by him, again partially for financial reasons.

The NRM party primaries have offered a new set of opportunities for Mbabazi both to campaign and decampaign certain candidates. As was the case in 2010, this year’s primaries, completed last month, were heavily contested and fraught with allegations of foul play. At one stage, two top-ranking NRM leaders, both of whom had a long-standing personal antagonism with Mbabazi, accused him of fronting rival candidates in their constituencies. One then went on to lose the primary election in a major upset.

Throughout the primary process, the newly appointed NRM Secretary General claimed the party would not tolerate failed NRM aspirants running as independents. This threat quickly proved hollow, though. Shortly before the official nominations were due, over 60 incumbent MPs who lost their NRM primaries met with Mbabazi’s sister-in-law and were offered financial backing in exchange for supporting Mbabazi. Museveni then invited the 60 MPs to a separate meeting at State House, at which he declared the NRM would not decampaign them should they run as independents.

As was the case in 2011, this tolerance of independents is resented by official NRM flagbearers. It keeps the elections tight in many areas where it would otherwise be easy, and forces candidates to keep spending after already going through costly primaries. This outcome ultimately undermines the NRM’s ability to consolidate as a political party capable of encouraging cohesion or imposing discipline among its members; rather, the current set-up is more akin to a kind of ‘no-party’ system beset by costly intra-elite rivalry.

What happens next in an aging regime?

Mbabazi’s presidential bid is, to some extent, highly predictable.  Subduing elite political ambitions through patronage and a high tolerance for corruption—the Museveni strategy—has its limits. Similarly, in a ruling coalition already fraught with internal divisions, albeit lower down the hierarchy, it is not surprising that the top level jockeying between Museveni and Mbabazi is fuelling more demands for pay-outs from below. Yet as patronage spending soars, the dangers of further economic instability looms large. One only has to think back to 2011, and then multiply. Museveni may also face additional trouble from his parliamentary caucus, which at the very least, may find ways to extract more costly patronage in exchange for support.

Finally, increased violence is another clear possibility for when patronage becomes unsustainable, or no longer works. Museveni has been most careful to consolidate his support within the military and police force, and has also overseen the formation of new militias ahead of the election. Mbabazi and Besigye have repeatedly clashed with security trying to prevent them from traveling or holding rallies. The militias pose a different, in some ways more ominous threat. In past elections, especially 2001 and 2006, they were used to intimidate the opposition—as well as NRM members who’d fallen from grace.

While Museveni is still far and away the most likely winner of the coming elections that does not mean that Mbabazi’s challenge is insubstantial or that Museveni’s regime is strong; rather, as intra-party contestation intensifies, his ability to exert control comes at an ever higher price.

[1] These results are form a survey of 16 countries conducted by the African Legislatures Project.