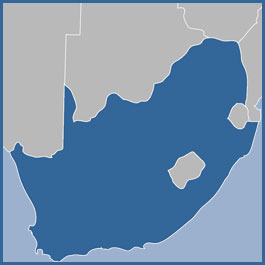 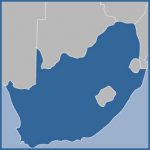 Last week, the award-winning film, Dear Mandela, by Dara Kell and Christopher Nizza, was screened at the London School of Economics and Political Science. After the screening, there was a question and answer session with one of the founding members of Abahlali baseMjondolo, a social movement for shack dwellers in South Africa, who were the focus of the film. Here, one of the audience members writes about the film, the ensuing discussion, and the wider struggles of people who live within informal settlements in South Africa.

‘There is no more room for numbers on my door’, observed a teenager in one of Durban’s informal settlements. Whilst pundits engaged in speculation over the results of local elections, in 2011, shack dwellers could easily predict the nature of the election campaign: candidates would attempt to buy their votes with a spray can.

When South Africa transitioned from democracy in 1994, every citizen was promised a house. ‘Housing is not something we can do immediately’, warned Nelson Mandela at the time, ‘it will take a year and maybe even five’. Today, almost twenty years after apartheid, the percentage of people living in shacks within the country remains the same. Every election, would-be councillors continue to promise housing delivery, and visits by the Housing Department to spray numbers on shack doors are used as proof of that intent. Come the next elections, the spray cans will come out again. The patience of shack dwellers, like the space on their doors, is running out.

This is not to suggest that no government houses have been built since the end of apartheid: Far from it. In Durban, on the east coast of the country, the government is building up to 10,000 houses a year. But where houses are delivered, they are frequently sub-standard, unsustainably located, and corruptly distributed. Another trend is just as troubling: in law, shack dwellers cannot be evicted without a court order, but each year many shack dwellers are forcibly evicted from their homes without any such order.

It was in the midst of such struggles that Abahlali baseMjondolo – Zulu for ‘the People Who Live in Shacks’ – was formed in 2005. A leading figure in the movement, S’bu Zikode, spoke last week at the London School of Economics and Political Science following a screening of the award-winning film, Dear Mandela.

The film focuses on the legal battle between the province of KwaZulu-Natal and Abahlali baseMjondolo over what became known as ‘The Slums Act’. This region of the country has a history of being at the forefront of urban planning, for all the wrong reasons. Before the Group Areas Act of apartheid came into force, plans for a segregated city were already well underway in Durban.

Nationally, housing policy in South Africa is progressive, encouraging in-situ upgrades for informal settlement residents. The tone of the policy, passed in 2004, fits easily with the view that those living in shacks are deserving of dignity and the livelihoods that they have painstakingly built need to be accommodated in any delivery of formal housing. The tone of the Elimination and Prevention of Re-emergence of Slums Act, passed by the KwaZulu-Natal province in 2007, was very different.

In Durban, ‘slum’ is a politically contentious term. As one Abahlali member explained, ‘The word slum it’s something useless…it is something we are not recognising. Something that make the place dirty, something filthy…So when they say ‘ slums clearance’ it means we just clean up every dirty, every filthy thing…But they forgot that there are human lives…living under that ‘rubbish’’. Words are important. They shape how we perceive of our world, and how we act within it. But objections to the Slums Act were not just discursive. Legally, it also gave the province the ability to perform mass evictions without providing alternative accommodation: an unconstitutional power.

The film details the everyday lives of shack residents, and their struggles in the courts and on the streets for dignity and housing. It ends with victory in the Constitutional Court, as the Slums Act is struck down by a judge decreeing that it was unconstitutional. Euphoria erupted from Abahlali members in court: the law was on their side. But, as leaders recognised, the broader struggle for housing and dignity would continue.

Much has happened in the intervening years between the film being made and today: speaking after the screening, S’bu told the audience about the long and dangerous struggle members had been engaged in since. Subjected to physical attacks, forced to leave their homes, shot at by the Police, the lives of shack dwellers who have organised to fight for their rights have been repeatedly threatened. ‘A politics of blood’, S’bu stated, has replaced a politics of peace’.

Legal victories are still frequent but their meaning is uncertain. ‘We have won many battles in court’, S’bu explained, ‘but the law did not bring us justice’. Most recently, Abahlali have been contesting the evictions of shack residents in Cato Crest, a settlement just outside Durban city centre. Shack dwellers there have now had their houses destroyed on nine different occasions by the government. Each time, these demolitions have been declared illegal in court and residents have painstaking rebuilt their shacks only to have them torn down again. With around eleven court injunctions in total. The constitution may be predictable, but so is the municipality, and they are dancing to very different tunes.

‘You may win in court but you can still lose politically’, S’bu explained, ‘What is the point of being in court and getting the paper and still being evicted? Law or no law, powerful people can always win… they will go and tear down the shacks illegally but on the other hand the poor are expected to obey the law’.

Although the state has been deemed to be acting illegally on a routine basis, there has been little general outcry from the wider public. In response, AbM have taken to the streets, in an effort to have their message heard. ‘People do not listen to us, and then we block the road in a march’. ‘It is the same story’, S’bu continued, ‘the rich and middle class listen when we make them late to work. Then our issue becomes an issue.’

S’bu closed his speech at the LSE with a quote from Franz Fanon: ‘Each generation must discover its mission fulfill it or betray it’. Abahlali members had discovered their mission, he stated. Their efforts to ‘shape the city from the bottom’ would continue.