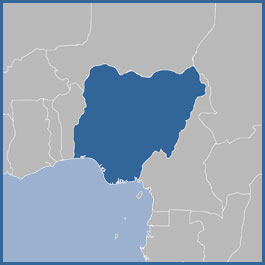 In this article, Michaela Collord argues that a pre-election rift has opened up in the People’s Democratic Party, which has placed the  executive and the legislature on a collision course. Michaela is a PhD candidate in politics at the University of Oxford. This blog post was originally posted on the Presidential Power blog.

Three months from what observers anticipate will be a tight presidential election, incumbent Goodluck Jonathan is faced with a rebellion among his ruling People’s Democratic Party (PDP) Senators.

On Tuesday and Wednesday activity in the Senate—the upper house of Nigeria’s bicameral National Assembly—ground to a standstill as PDP Senators threatened to ignore all pending government legislation, including the 2015 Budget Appropriation Bill, and to withdraw their support for Jonathan as President.

The crisis stems from last Saturday’s hotly contested PDP ward congresses, which determined PDP flag bearers for the upcoming Senate elections. Each of Nigeria’s 36 states has three Senators. The current PDP Senators accuse President Jonathan of allowing state Governors to control the ward congresses, thereby ensuring the success of their own loyalists while marginalising many sitting Senators. The latter group have responded by using their powers of obstruction, with the support of the Senate leadership, to try and force a cancellation of the ward congress results.

The frustration of the PDP Senators has been further aggravated by the seeming narrow self-interest Jonathan has demonstrated in currying favour with the Governors, whose support many view as critical in securing his own re-election bid. As argued by one Senator, ‘it is obvious that the Governors control the party structures at the state levels. It is also not in doubt that President Jonathan needs the Governors more than the Senators to win the 2015 election.’

The tensions within the PDP, though, are symptomatic of a greater challenge facing the party, namely the growing popularity of the opposition All Progressive Congress (APC). The APC arose out of a merger of two smaller opposition parties and now threatens the seemingly unshakable PDP more than any other opposing force since the ruling party assumed power in 1999. The ascendance of the APC is linked to a range of concerns with Jonathan and the PDP’s leadership, including the government’s inability to quash the Boko Haram insurgency in the north and its failure to counter Nigeria’s rampant corruption.

The changing balance between the PDP and APC has already led to shifting allegiances within Nigeria’s political class. Things came to a head in November 2013 when five PDP Governors defected to join the APC, followed by 49 legislators who joined the 137 APC members in the Nigerian House of Representatives, thereby giving the APC a slim majority. Meanwhile 11 senators passed over to the APC side.

Although PDP Senators have yet to switch to the APC in this latest crisis, there are hints that loyalties will change if the PDP leadership does not answer to the frustrated politicians’ demands. The Senators’ threat not to support Jonathan in 2015 is already one indication of this; the Senate President, David Mark’s recent promise to help mediate the separate crisis brewing in the House of Representatives over the defection of the ex-PDP Speaker Tambuwal to the APC is another. Mark defended his decision to intervene in matters affecting the lower house, asserting, ‘I want to assure you I will do the needful to protect and defend the legislature at all costs.’

APC Senators, however, have been quick to decry their PDP colleagues’ pretentions to be acting in the better interests of the legislature, or of the country as a whole, when they are really complaining about internal party politics. As one APC politician affirmed, ‘If we have our way, we in APC will come [to the Senate] tomorrow and sit. It should not be about personal interest but about the future of the country; it should be about our people.’ He then went on to highlight the apparent irony in PDP Senators’ decision to break with the executive and defend the legislature now given their previous loyalty: ‘Now they have seen that they have made themselves slaves to the executive, and when you make yourself a slave, they will treat you like a slave, now they have treated them like slaves, that is the consequence of that. But Nigerians voted us here to come and work, we must work.’

PDP Senators have also lamented their erstwhile lenience, bitterly asserting they will no longer adopt the same passive stance. As one PDP Senator noted, ‘What is it that the President asked that we’ve not given to him? […] We will not sit again. […] There will be no budget. We may also begin his impeachment. […] He has lost the Senate.’

Despite the posturing of many PDP Senators, though, the APC politician’s assessment seems closer to the truth. Nigeria is headed for an electoral showdown whose outcome is proving increasingly difficult to predict. The PDP leadership and President Jonathan are manoeuvring to protect their own electoral prospects, alienating many party faithful in the process. The executive-legislative deadlock, meanwhile, is only a by-product of these intra-party disputes. As such, it remains to be seen whether the increasingly competitive political arena may encourage a more independent Nigerian legislature in future. For now, it’s politics as usual.