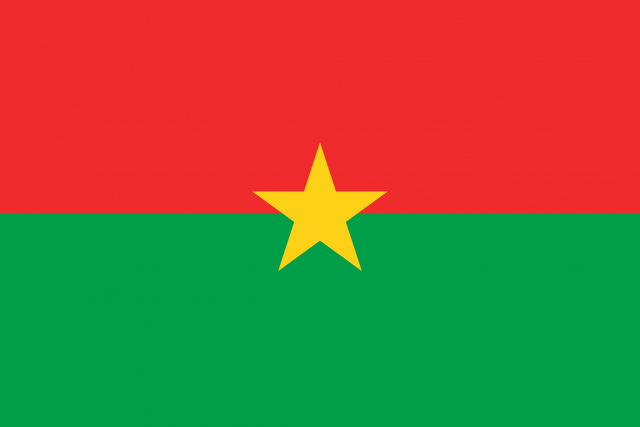 In this blog, our Co-editor, Sarah Jane Cooper-Knock looks at the political transition in Burkina Faso, and explores the role of the military in the country – past and present. She highlights the influence that Thomas Sankara, the country’s charismatic and principled former president, still has on politics today. This influence is understandable, she argues, but citizens also need to move towards an unmilitarised future to secure democracy in the country, and this means forging a path that Sankara did not walk. This article was written on 8th December and originally published on the African Arguments blog.

Compaoré –who had himself come to power through a coup d’ état – held office in the country for 27 years. Under his rule some democratic institutions have been introduced, but the country remained effectively ‘semi-authoritarian’, led by a strong executive that has not faced a meaningful electoral challenge thanks in large part to his willingness to use state resources to oppress political opponents and fund its own campaigns. In recent years, the country had experienced 7% growth, largely based on gold and cotton production, but inequality and youth unemployment have been escalating.

Violations of the past – including the murder of former president Thomas Sankara in 1987 and journalist Norbert Zongo in 1998 – had continued to haunt the government, and accusations of corruption were growing. Compaoré’s political survival relied heavily upon the support of traditional leaders, and the networks of patronage that he had cultivated over the last three decades. Internationally, he depended largely on his claim to maintain stability in an otherwise politically tumultuous region, making himself strategically useful to France and the US in their attempts to tackle Islamic militants around Mali, Nigeria, and beyond.

This was not the first attempt to oust Compaoré – in 2011 he managed to counter protests and a mutiny that included some of his own presidential guard. Two years later, protests over political reform and the rising costs of basic goods prompted former president Jean-Baptiste Ouedraogo to intervene as a mediator, to no avail. But Compaoré always survived, and this led him to overestimate his political staying power.

This latest wave of protests was sparked by plans to alter article 37 of the constitution, which limits presidents to two terms. As it stands, the article necessitated Compaoré’s retirement in 2015. Term limits have become particularly important points of contestation in Africa of late: Abdoulaye Wade’s highly controversial term extension in Senegal was rejected by citizens, who voted him out of power in 2012. In Burundi, President Pierre Nkurunziza’s efforts to extend his term limit have been blocked by parliament (although term limits have been obviously thwarted in countries such as Chad and Uganda). Overall, more African leaders now leave power as a result of term-limits than death, coup, or rebellion – a stark contrast to the 1980s.

Burkinabés vehemently protested Compaoré’s plans to retrofit the country’s democratic institutions to meet his own ends. Towards the end of October, protests erupted in the capital and beyond. Ultimately, such widespread opposition in combination with ‘mass defections’ from his own party, and a lack of support within the military or his international partners, made Compaoré’s continued rule untenable.

The rise of Zida comes despite the concerns of local and international actors. Many citizens, who had filled the streets to push for change, saw the military’s initial seizure of power as a betrayal. Their protests, however, were met with military might, and at least one citizen died in clashes that followed.

Concerned about developments in the country, the UN, African Union, ECOWAS and the US threatened sanctions if the military did not hand the reins of power back to the country’s civilians within a fortnight. Burkina Faso was not short of volunteer mediators to aid the search for a civilian leader – the presidents of Nigeria, Senegal and Ghana all offered to help make the two-week deadline a reality. But tense talks, which were rocked by the presence of government politicians seen as responsible for the crisis and further hampered by a fractured civil society and political opposition, ultimately dissolved.

That said, a few weeks ago, there were hopes that a military-civilian shift might be underway when Michael Kafando – a former foreign minister and ambassador in his seventies – was appointed by a diverse panel of leaders as the country’s interim president to make good on a charter pledge to organise elections within a year. The political savvy of the military, however, should not be underestimated. Army leaders framed their approval of Kafando as an endorsement of power sharing, rather than an approval of any power shift. Sure enough, within two days, a decree signed by Kafando placed Colonel Zida in post as interim prime minister.

Full details of the interim government followed. Overall, ministerial posts have been filled by a diverse mix of opposition members, civil society actors, and military officials. The army secured 23% of the portfolios, however, including strategically important posts like defence, the interior ministry, communications, and the mines. Given that Burkina Faso is now one of the continent’s top four gold producers, and that gold represents their single biggest export, the military’s political and economic hold on the country is considerable.

Whilst the military – like the country’s opposition – is divided, the ‘huge vacuum’ left by Compaoré’s exit combined with the military’s capacity for violence and their new-found institutional leverage means that their ability to frame the transition is formidable.

Aside from the charter, the most certain and specific commitment made by the interim president was to uncover the alleged remains of former president Thomas Sankara who was murdered in the midst of Compaore’s coup in 1987. Mariam Sankara, his widow, has pushed for many years to verify the identity of the remains and in a recent speech; Kafando claimed that tests would take place “in the name of national reconciliation”.

Sankara has become a focus for many of the recent protests. Burkinabés wore T-shirts bearing the image of Sankara, with the slogans ‘Down with Blaise! Get out Blaise!’.Le Balai Citoyen (Citizen’s broom), an organisation founded by reggae artist Sams’K Le Jah and rapper Serge Bambara (‘Smockey’) in 2013, is named in tribute to Sankara’s street-sweeping exercises and symbolically echoes his efforts to ‘sweep’ corruption from the political system. Despite Compaore’s efforts to make the country forget, Sankara’s spectre haunted his regime to the last.

In many ways, Sankara’s appeal is obvious. In contrast to the conspicuous consumption of many political elites, Sankara lived an extremely modest life in office. As president, he drew a salary of $450 per month, paid the mortgage on his small house, and rode a motorcycle about town. Nor did he approve of official perks: After seizing power in 1984, Sankara turned the government’s fleet of Mercedes Benz into lottery prizes, and bought his ministers Renault 5s in their place.

Whereas he had limited desires for himself, Sankara had grand designs for his country. Renaming Upper Volta to Burkina Faso (‘the country of upright men’), he sought to mobilise and serve ‘the people’, driving the country to be more equitable for men and women, as well as economically, politically and intellectually independent.

Many have called Sankara a Marxist but this was a label he rejected. Whilst he was an avid reader of Marx and Lenin, amongst many others, Sankara believed that ideologies could not simply be ‘exported’ and rejected the ‘typically Eurocentric attitude’ of scholars who attempted to categorise all third world thought as simply being ‘mentored’ into a set of ideologies established by western scholars.

In practice, whilst Sankara engaged in extensive land reform and nationalised resources, he likewise cultivated private investment in his attempts to make Burkina Faso prosperous and self-sufficient. Four years after his rise to power, the country’s cotton industry was thriving and the country was self-sufficient for food, although traditional leaders, civil servants, and an emergent commercial class had been marginalised in the process.

Economically, Sankara also aimed to lower the national debt to liberate the government from the influence of international financial institutions such as the World Bank and IMF. ‘The salvation of our peoples and our development’, he argued, ‘require a total break with the worn-out models which all kinds of quacks have tried to force on us over the last twenty years’. But whilst he pledged to reduce the country’s deficit, Sankara sought to increase social service provision, expanding access to education and encouraging mass vaccination drives.

All this breeds the enduring belief that, had Sankara not been murdered in 1987, Burkina Faso would look very different today. The fact that the country was, for example, still dependent on overseas aid for 80% of its spending was not a sign of failure, argue his sympathisers: it is simply evidence that the revolution was interrupted.

Biographer Bruno Jaffre has argued that ‘the Burkinabe people remember [Sankara] as a just, morally upright and sincere leader who genuinely had the best interest of his people at heart’. For this reason, Guy Martin has argued that Sankara’s rise to power in 1983 was ‘not simply just another military coup d’etat… [it was] a genuine popular revolution’ because of the support Sankara initially enjoyed and the social, political, and economic change that followed.

But ultimately, Sankara obtained office by force and the militarisation of politics mattered then, as it matters now. Always uniformed and armed in public, Sankara was a military man to the core, and this shaped his ideas of public mobilisation, as well as the value he placed on discipline over liberty. In his attempts to bring a new Burkina Faso into being, Sankara closed the political space available for independent trade unions, political parties, and voluntary associations. In March 1985, for example, Sankara fired 1,300 civil servants and students who joined a general strike. In their place, he installed loyal cadres. ‘These were ideologically educated’, claimed Peter Dorrie, ‘but often brought few qualifications for their actual job’.

Rather than risk independent political space, Sankara forcibly channelled ‘the people’ into a network of Committees for the Defence of the Revolution and popular tribunals. In principle, these were localised sites of equitable mobilisation and participation. In practice, they were as likely to be fractious sites of political dissemination and discipline as spaces of democracy.

The appeal of Sankara – a creative, courageous, principled philosopher and politician – is obvious. But Burkinabés need to move beyond his legacy if they are to tackle some of the issues at the heart of the new, militarised interim government and secure the ‘certain and durable victory’ that Sankara sought, and knew they deserved.

#BookClub: How do refugees cope with the difficulties of life in camps?

African Coups in the 21st Century