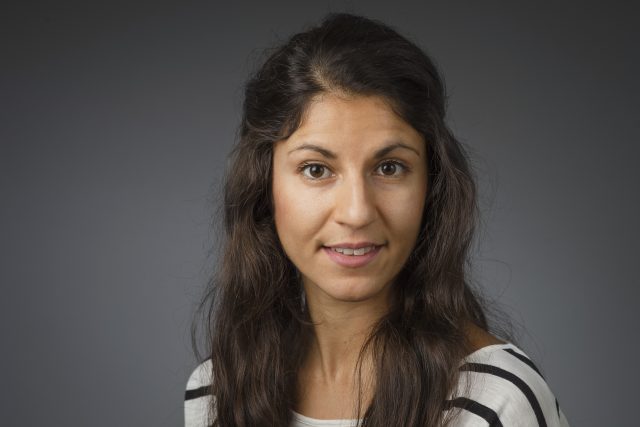 Abrak Saati tells us about her latest research, which suggests that participation in constitution-building processes does not improve  a country’s prospects of democratisation. Abrak is a Researcher at the Department of Political Science, Umeå University

Since the early 1990s a growing number of constitution-building processes in post-conflict and transitioning states have involved public participation. This increase stems from an assumption that has been advanced by many peace-building scholars, practitioners and policymakers (e.g. those working within IDEA, USIP and Interpeace); namely that public participation in constitution building will lead to higher levels of democracy. This notion has encouraged post-conflict and transitioning countries in Africa and beyond to involve their respective populations in the making of their respective constitutions. As far as Africa is concerned, the general public in Eritrea, Ethiopia, Rwanda, Kenya, Nigeria, Uganda, Zimbabwe and South Africa have been involved in the making of their constitutions. The question to be answered, however, is: Does public participation in constitution building lead to higher levels of democracy?

While searching for an answer, I was rather quickly able to exclude many of the conventional explanations that political scientists turn to when they aim to explain democratization, e.g. socioeconomic factors, political cultural traits, trust in public institutions, relations with outside countries. Kenya is not democratizing because it is more economically advanced than Zimbabwe – their GDP/capita income is almost the same and Zimbabwe’s industrial sector is comparatively far more advanced. Kenya is not democratizing because it is more ethnically homogenous – it is one of the most ethnically heterogeneous countries in the world. Kenya is not democratizing because Kenyans in general have more trust in public institutions: survey answers from the Afrobarometer for Kenya and for Zimbabwe show that as regards level of trust, the two countries rank equally. Rather, it appears to be the actions of political actors, in particular their ability to cooperate with each other, which best explains why Kenya is presently democratizing while the Zimbabwean democratization process stagnated after the finalization of the constitution building process in 2000 and has degenerated in the years since. While political elite cooperation has historically been, and still is, present in Kenya, it is by and large non-existent in Zimbabwe where Mugabe has ruled the country since independence and consistently used the state apparatus and its coercive capacities to cause injury to its opponents. Hence, theories that focus on political actors and political elite relationships have a lot to offer us when it comes to understanding democratization in Kenya (and the lack of it in Zimbabwe). Many prominent democratization scholars, not least Dankwart Rustow, have argued that political change (from any type of political regime to another) hinges on political elite transformations and that the key factor that distinguishes consolidated from unconsolidated democracies is the presence of elite consensual unity. Simply put, strong democracies require elites who are willing and able to consensually agree on the democratic rule of the game and who have formal as well as informal channels through which they can influence decision-making.

But what kind of cooperation is it that we see in Kenya? For many, political elite cooperation between different factions and between leaders from different ethnic groups is not the first thing that springs to mind when referring to Kenyan politics. However, setting aside the period during which Kenya was a de facto one party state (1982-1991), the country has a history of political elite cooperation that stretches as far back as to the pre-colonial era. The fact that ideology appears to have almost no significance in Kenyan politics (which is made quite evident by the ease with which former political adversaries end up in new political coalitions with each other) appears to further facilitate that cooperation: party hopping combined with a dynamic political landscape in which new political parties are constantly being added to the political game has made most political leaders colleagues at one point or the other. This, in turn, creates expectations as to the circumstances under which cooperation works and when it does not. The issue of political violence committed by a range of political affiliations towards each other also, paradoxically, contributes to cooperation between former adversaries, probably as a strategy to avoid prosecution. It could be argued that political elite relationships in Kenya are characterized by strong integration and wide differentiation, i.e. that elites have developed multiple networks of communication, signifying strong integration among many different political parties, that elites agree about the rules of the political game, that they view each other as legitimate players, and that elite cooperation occurs on a voluntary basis. This is, however, only partly accurate. Political elite relationships in Kenya are actually quite puzzling, because even though there is wide differentiation – particularly in terms of an abundance of different political parties and alliances – and fairly strong integration, elites are only integrated with each other to the extent that rational calculations persuade them that cooperation is the best option in order to advance their own particular interests. For the time being, it seems as if political elite relationships in Kenya play out in a manner that strengthens the country’s democracy. But whether or not this will be the case with a long term remains to be seen, and it is entirely appropriate to ask whether the motivations that spur elite settlements are sustainable in the long run.