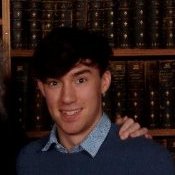 In this blog, Philip Dorrell argues that, contrary to popular opinion, Nigerian parties are ideologically driven. Philip has recently graduated from the University of Oxford, having studied PPE. This article is based on the conclusions of his thesis. Philip is currently working as a strategy consultant at Monitor Deloitte in London

‘Vagabonds in Power’ was how Fela Kuti, the afrobeat musician, labelled a generation of leaders from Nigeria’s Second Republic. He ridiculed this crop of politicians as self-serving money grubbers who sought power only for personal and ethnic enrichment without any reference to ideology. In fact, the leaders were brazen about this state of affairs. President Shehu Shagari (1979-83), of the ruling National Party of Nigeria (NPN), even said that ‘[a]s a matter of principle, [the NPN] are opposed to dogma’ and as a result no ideological commitment was necessary to enter the party, just a vague commitment to national unity.

Today, Seun Kuti, son of Fela and also an afrobeat musician, repeats the same critical themes as his father by lamenting ‘the nonsense things our leaders dey do’. The familiar complaints reflect the fact that the government is still seen to be run in the same manner and, in many cases, by the same cliques of people as it was in the Second Republic. Studies have shown that over half of the 2007 gubernatorial elections in Nigeria still involved ethnic and religious electioneering by politicians (Kuenzia and Lambright, 2013). Furthermore, scholars have continued to criticise the lack of ideologies held by political parties; the People’s Democratic Party (PDP) are described as ‘a fractious and ideologically inarticulate congeries of politicians” (Suberu, 2007: 101) whilst the All Progressives Congress (APC) has been described as participating in ‘political prostitution’ (Soyinka, 2014).

The conventional view of Nigerian party politics is, therefore, that the political system is dominated by personal ambition and ethnic electioneering over ideological elections or principled governance.

But, as with all concise explanations, this view can obscure as much as it illuminates. I believe that by concentrating on the undoubted absence of narrow left/right ideology, we overlook the ideologies that do exist and which guide Nigerian political parties. By examining speeches, manifestos, and legislation, I found that the major parties do in fact have ideologies, within a broader understanding of what an ideology is. The APC are identifiable as a federalist party, pushing for the sharing of power between central and state governments, and the PDP are identifiable as a centralist party, pushing for the concentration of power in the centre.

The APC’s ideological leaning is evident from the very first sentence of their constitution. It pledges the party to ‘[i]nitiate action to amend our Constitution with a view to devolving powers[…]in order to entrench true Federalism and the Federal spirit’. Furthermore the Road Map to a New Nigeria, which forms the first draft of the APC manifesto for the 2015 elections, promises to give federal states power over police forces which would form a radical departure from the current centralised police and defence structure.

APC governors across the country also regularly discuss federalism on the campaign trail. In every region across Nigeria, APC governors have pledged their public support for federalist initiatives to some degree over the past few years. Support is strongest in the South-West region, which is governed entirely by APC governors, every single one of whom has personally pledged their support for federalism in the past two years. For instance, Governor Ajimobi of Oyo argued in a newspaper commentary that ‘[f]or Nigeria to achieve its manifest destiny as the leader of Africa and hope of the black race, its Constitutional order must be such that its component units can release their energies for national development’.

Support for federalism has come in its strongest form from one of the leaders of the party, Bola Tinubu. He has been an unwavering supporter of federalism for a number of years and has argued strongly against the current constitution, stating:

The clearest indication of PDP’s ideological tendencies, on the other hand, can be found by looking at their record in government. When the PDP came into power in 1999, the constitution was the most centralised it had been during any period of civilian rule. There were 68 items on the exclusive legislative list, compared to 44 items in 1960, and 12 items on the concurrent legislative list, compared to 28 in 1960. Yet, in 15 years of PDP rule there has been no devolution of powers to the state government and only minor changes to the derivative formula of state revenues. The maintenance of the military-era constitution clearly shows that the PDP bring with them a military-era principle of centralism as well.

The PDP’s centralism is also closely linked to its constitutional pledge to apply the zoning principle; the principle whereby political offices are “zoned” to particular geographic or ethnic groups, which rotate on a termly basis. The zoning principle and centralism are linked because the zoning principle strengthens ethnic electioneering and power-sharing which have historically been an essential part of the maintenance of central power within Nigeria.

The zoning principle does this in three ways. Firstly, it endorses the view that Nigerians act not as individuals but as ethnically identifiable actors within an ethnically divided society. Secondly, it defines entitlement by state of origin, which requires the production of certificates proving ‘indigeneity’ to an area to secure access to governmental quotas, a process which perversely produces incentives towards ethnic chauvinism and ossifies concepts of citizenship and identity around descent and geographical origin. Thirdly, it promotes the notion that politics is concerned primarily with the ‘distribution of satisfactions and positions of power-not policy in any other sense’ (Nolutshungu, 1990). The continued application of the zoning principle therefore deepens ethnic electioneering, power-sharing, and the principles of centralism within the PDP.

Thus we can see that contemporary parties in Nigeria – despite having very few left/right ideological differences – still have principled differences in their attitudes towards the internal division of power. Understanding these ideological differences, even if the eventual effect on policy is minor, is essential for getting a comprehensive grasp on both the historical and the contemporary political situation in the country.