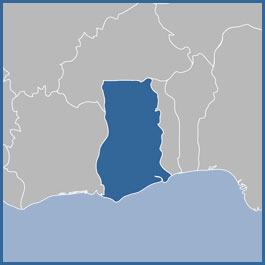 In this article, Jelmer Kamstra and Luuk Knippenberg introduce their recent research into NGOs and democracy in Ghana. They argue that NGOs in the country play a variety of democratic roles, drawing on different types of legitimacy. They believe that there is strength in this diversity, but that this is often missed by critics who do not assess NGOs on their own terms. This blog is based on research recently published in Democratization.

Our recent article in Democratization examines the democratic roles performed by Ghanaian Non-Governmental Organisations (NGOs). Drawing on a comparative case study approach, it explores how the organizational characteristics of five donor-sponsored NGOs relate to their ability to perform different democratic roles. The selected organizations cover three categories of NGOs: some are think-tanks (CDD, IEA, IDEG) promoting liberal democracy, one is a development organization (ISODEC) promoting social democracy, and one is an advocacy network (Abantu) promoting women’s rights. Our analysis reveals that different democratic roles require incompatible organizational characteristics, limiting what any one organisation can achieve. Furthermore, it demonstrates that these NGOs do not contribute to democracy as predicted by theory. To understand the important democratic roles that NGOs play, we need to reconsider the situation in Ghana and beyond.

Democracy promoting NGOs have been frequently criticised for not practicing what they preach. While promoting democracy, they often have an urban elite bias, they are co-opted by the state and donors, and they lack societal accountability structures. Our analysis showed that the NGOs in Ghana are no exception to this criticism: They do not perform an educational role in the sense of a Tocquevillian ‘school of democracy’; none of them has strong channels of communication with the state and its citizens simultaneously; and, perhaps most importantly, none of them directly represents the voice of ordinary citizens. While this critique is justified, our analysis revealed that it was only one part of a bigger picture.

We found that Ghanaian NGOs perform different parts of the full spectrum democratic roles which can be found in theory (educational, communicative, representational, and cooperative roles). Moreover, our findings helped us to understand that NGOs do not necessarily need to practice what they preach in order to be able to contribute to democracy. Rather than asking whether or not NGOs make a contribution to democracy, we should be asking what kind of contribution they make. Only if we think that NGOs should facilitate learning by doing (a ‘Tocquevillian’ educational role) or that they should directly represent citizens do they require a membership and an internally democratic structure. If we value other democratic roles as well, we create space for different organisational setups, which draw their legitimacy from sources other than direct membership. Representation without direct membership participation is possible, for example, if organisations mobilise their constituencies and build networks with other NGOs. Educating state officials, which can play an important role in democratisation, also depends more on expertise and access to the state than on accountability to an organisation’s membership. Similarly independence and transparency may also be strong sources of legitimacy.

In practice, however, it is difficult for organisations drawing from these alternative sources of legitimacy to be seen as legitimate in the eyes of state officials. In everyday politics, not having a broad-based membership and not being internally democratic still renders NGOs vulnerable to criticism, providing state officials with ammunition to question their credibility as ‘genuine’ promoters of democracy. Our research highlights the need for a more careful consideration of the contribution made by NGOs towards democratisation.

The critiques that NGOs currently face are particularly challenging because different democratic roles require different and sometimes contradictory organisational characteristics. They also require diverse relationships with the state, which range from being confrontational to conciliatory. The think-tanks that we studied refrained from confrontational strategies to protect their good relations with the state. Abantu had previously been more confrontational with the state but had recently become more conciliatory to improve state relations. Meanwhile, ISODEC had maintained a confrontational approach, but at the cost of its access to the state. Organisations like ISODEC and Abantu, who directly represented member constituencies, also found it more difficult to play a coordinating role to facilitate dialogue between diverse groups. Conversely think tanks, which did not represent a particular constituency, often found it easier to bring together different stakeholders in policy debates. Understandably then, each NGO occupied its own niche, and none of the NGOs studied performed all the democratic roles above simultaneously.

Nonetheless, NGOs are persistently critiqued for the roles that they do not perform – ISODEC is critiqued for being ‘anti-government’ whilst think tanks are critiqued for being elitist and too friendly with the state. To survive, these NGOs have to perform a balancing act, preventing their democratic contribution from becoming a liability. We hope that research like ours will help to shift conversations and critiques about these organisations. Democracy is dependent upon the embrace of diversity on all fronts: NGOs, like individual citizens, should be allowed to craft their own contribution to democracy, and to be congratulated or critiqued on these terms, not others.