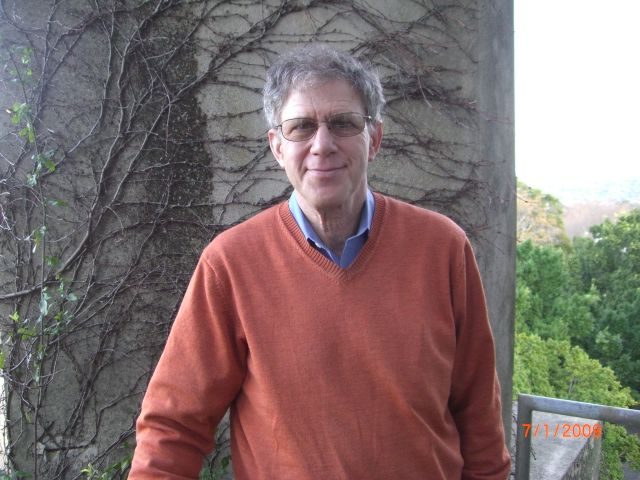 news of Joel Barkan’s death, our co-editor Nic Cheeseman reflects on his life and his contribution to the study of Kenya. This remembrance was first published in Kenya’s Daily Nation.

It was with great sadness that I learnt of the death of Professor Joel Barkan last week. Joel passed away while visiting family in Mexico City after suffering a pulmonary embolism. He was not only one of the most influential academics working on Kenya but a good person and a good friend. His work and his friendship will be sorely missed.

At first, I found it hard to take the news in. Joel’s work had played such an important role in shaping my own understanding of Kenya, and we had spent so long discussing different aspects of Kenyan politics, that it was hard to believe that he was no longer sitting in Washington preparing for a talk or getting reading to circulate his latest piece of research.

Joel’s knowledge of Kenya came from deep personal experience. He first visited the country in 1962 as part of Crossroads Africa, a volunteer programme that was a forerunner of the Peace Corps. From then on he was hooked and developed a deep professional and personal interest in the country. There was nothing he liked more than to debate the latest Kenyan news – his appetite was insatiable.

Having been an undergraduate at Cornell University, Joel received a doctorate in political science from the University of California Los Angeles and he went on to play an important role in the development of “Kenya studies”. He personally observed most Kenyan elections and wrote extensively on the country, editing two seminal collections and publishing a plethora of important journal articles.

Despite working on Africa for over forty years, Joel’s fondness for Kenya never dimmed. As Professor Makua Mutua recently put it, ‘He loved Kenya as much as any Kenyan I know’. It was this dedication, combined with his keen insight and vast experience, which made Joel’s work stand out. Few others have written so consistently and so influentially about Kenyan politics. Joel’s work was notable because he saw the importance of topics that others ignored. Much of what we know about the role of Kenyan MPs, the functioning of the legislature, and the impact of the electoral system, is as a result of his careful and innovative research. For this reason, we owe him a terrific debt.

The common thread that ran through all of Joel’s research was his optimism about Kenya. Although he was always realistic and understood the many challenges that the country faced, he believed that Kenya had the potential to become a thriving, vibrant, democracy. Partly as a result, he went out of his way to write about the desire of the Kenyan people to participate in politics and to have a say in choosing their representatives. Following the rise of authoritarian governments across Africa in the 1970s, many commentators argued that the reason democracy had not worked on the continent was that voters lacked sufficient political knowledge and experience to hold their leaders to account. In an article entitled ‘Further Reassessment of “Conventional Wisdom”: Political Knowledge and Voting Behavior in Rural Kenya’ Joel showed that this was not true. In fact, the vast majority of Kenyans (89%) knew the name of their MP, more than the corresponding figure in many western democracies.

Much of his work took off from this insight. In a number of articles published throughout the 1980s, Joel showed that despite the introduction of a one-party state, Kenyans placed considerable demands on their MPs. Voters’ number one expectation was to be linked in to the corridors of political and economic influence in Nairobi, and MPs who failed to deliver typically failed to secure re-election. In contrast to more pessimistic analyses of African politics that focussed on ethnicity and neo-patrimonialism, Joel argued that Kenyans evaluated their legislators in terms of how much development they had delivered. Here too, he challenged the conventional wisdom by showing that in many areas rural voters were better informed as their urban counterparts.

Over time, Joel’s fascination with elections and the role played by MPs evolved into a sustained interest in the National Assembly. Writing in the 2000s, he saw the Kenyan legislature as one of the most exciting and important on the continent. At a time when many commentators were becoming pessimistic about the prospects for democratic consolidation, he showed how a group of reform-minded MPs had successfully campaigned to strengthen the position of the Kenyan parliament against President Daniel arap Moi.

In 2008, he argued that African legislatures were ‘On The Rise’, inspiring a number academics and international donors to pay greater attention to the role of parliament across the continent. At the time of his death, he continued to be a leading figure in the field of parliamentary research as part of the African Legislatures Project, a ground-breaking initiative ‘to learn everything important there is to know about how African legislatures function’. It is a great shame that he did not live to see the completion of this research, which, in many ways, represents the culmination of his life’s work.

Joel was an inspiration and mentor to many students of Kenya both because his work on elections, MPs, and the legislature broke new ground, and because he was always willing to share his knowledge and experience with others. During the 24 years that he taught at the University of Iowa, he never missed an opportunity to offer assistance to Kenyan students and those who wanted to research the country. As a result, his knowledge and his passion for Kenya live on, both in the articles and books that he published and in the researchers and friends that he taught, advised, and encouraged. In this way, a very modest man achieved a sort of immortality; Joel is gone, but he will not be forgotten.