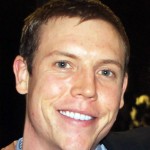 In this article, Brian Klaas takes a look at Madagascar, arguing that whilst nothing is certain in politics, there may well be trouble ahead. Brian Klaas is a D.Phil candidate at the University of Oxford, studying the relationship between elections and political violence.

Trouble is brewing in Madagascar as the country lurches toward national elections on July 24.  Recently, there was a glimmer of hope that the long-simmering political crisis sparked by a 2009 coup d’état could be peacefully resolved with democratic elections.   Optimism rose after SADC-led talks prompted the major polarizing political figures—former President Ravalomanana and sitting President of the High Transitional Authority, Andry Rajoelina—to announce that they would not stand as candidates for the sake of national unity.  Yet, as is almost always the case when observing Madagascar’s politics, the cynics were vindicated.  Former President Ravalomanana announced that his wife would be standing in his stead.  Shortly after, the former radio disc jockey, President of the Transition Rajoelina, turned the tables once more and reneged, announcing that he would be a candidate and would campaign aggressively.  Now, with just two months before ballots are cast, the situation is precarious.  Elections in the Indian Ocean country have historically been fractious affairs.  This time is no exception and, in fact, instability looks more likely than ever.

The seeds of Madagascar’s long-standing political stalemate germinated in 2009, when popular protests over the increasingly controversial actions of then President Ravalomanana culminated in a military coup d’état.  Ravalomanana was forced into exile and the military brass installed Mayor of Antananarivo Andry Rajoelina into the top office, a meteoric rise for someone who had been a radio presence and nightclub disc jockey several years earlier.  In the aftermath of the coup, the international community severed ties with the new “transitional” regime, creating a sharp drop in government revenues and severely weakening the private sector.  The economic boom years of Ravalomanana have been replaced by a four-year bust period of international isolation and stagnation.  As President of the Transition Rajoelina approaches the end of nearly a full, illegitimate, presidential term in Iavoloha Palace, a new rugby stadium and an extravagant fireworks display each Independence Day seem to be the main positive achievements of the coup regime.  In Rajoelina’s Madagascar, stagnation prevails.

Elections are the way out.  If a new regime is placed in power as a result of democratic elections (or even marginally democratic elections), the international community is likely to re-engage with the island, paving the way for further investment and growth.  It was happy news, therefore, that under the guidance of the September 2011 roadmap, Madagascar’s political leadership recently and finally managed to set a date for elections: July 24, 2013.

Yet, the election may also bring the already conflict-prone country to the brink once again, for three reasons.  First, troubles unrelated to the election brewing across Madagascar—particularly food insecurity and unchecked large-scale banditry—are major stressors on an already stressed population.  Second, the re-insertion of fierce rivals Ravalomanana (through his wife as a proxy candidate) and Rajoelina into an already crowded field of 41 presidential candidates heightens the stakes considerably and dramatically increases the risk of electoral manipulation.  Third, the elections themselves face severe administrative and logistic challenges that by now are likely unavoidable.  Taken together, the prospects for a free, fair, and peaceful election seem extraordinarily dim.

This is bad news for the majority of Malagasies, who, after facing herculean challenges already, are now coping with billions of locusts. This infestation, which was only made possible after the devastation of Cyclone Haruna tore through the island in February, threatens the livelihoods of thirteen million, or 61%, of Malagasies, including 9 million that are directly involved in agricultural production.  If locusts weren’t enough, there is the growing threat of the dahalo—heavily armed cattle bandits—who have been killing villagers, stealing tens of thousands of humped cows known as zébus, and terrorizing the south.  Rajoelina’s transitional regime has pledged to defeat the bandits, but has been completely impotent in doing so—perhaps with the dubious exception of when the government announced the symbolic victory of having captured a dahalo ‘sorcerer and destroying several of their diabolical objects’ last fall.  As elections draw nearer, these unrelated problems are squeezing Malagasies and discontent in the population is growing.

The current political climate is similarly troubling.  In a country where politics tends to be the realm of a self-serving, predatory elite, the international community saw an opening for democracy in late December 2012 when President Ravalomanana unilaterally announced that he would not be a candidate in the interest of resolving the prolonged stalemate.  President of the Transition Rajoelina followed suit a month later, saying ‘I will sacrifice myself for the sake of the Malagasy.’  These dual announcements prompted the international community to start to gradually re-engage, as election observation teams deployed and donors began to make preparations in anticipation of resuming aid to a newly recognized democratic government.

It was too good to be true.  Shortly after Rajoelina allowed Ravalomanana’s wife to return from exile (ostensibly to visit her mother who had fallen ill), it became clear that Lalao Ravalomanana would be standing as a proxy candidate in the stead of her husband.  This paved the way for the surprise revelation that Rajoelina would also be running.  Citing a biblical passage that considers husband and wife to be ‘one’, Rajoelina argued that his rival had reneged on his commitment, thereby freeing the President of the Transition to do the same.

A Ravalomanana / Rajoelina contest is bad for stability and peace in Madagascar.  Not only will their presence on the ballot revive the tensions that produced mass protests and a coup in 2009, but the military now has much more at stake.  Rajoelina purged top-level Ravalomanana supporters from the armed forces upon taking power, but many mid-level officers still prefer the former president.  On the other side, the Force d’Intervention Spéciale, the elite presidential protection force that is essentially Rajoelina’s insurance policy against any coup attempts, is hyper loyal to the young President of the Transition.  Add to the mix the ethnic Côtier groups within the armed forces that inevitably see the two top Merina candidates (Ravalomanana and Rajoelina are both Merina) as a threat to their own career advancement and it seems clear that Madagascar has yet again managed to find a recipe primed for instability.  These tensions—which are deep and have festered under the surface for four years—could prove explosive in a country with an extensive history of military incursions into political life.

However, even if the political manipulations of Ravalomanana and Rajoelina do not provoke instability, the elections themselves face enormous logistical challenges that make the probability of free, fair, and widely accepted elections remote.  While the independent electoral commission (CENI-T) is at least partially living up to its “independent” moniker, it will nonetheless be severely hampered by its limited administrative capacity.

Foremost, the electoral list is severely flawed, not least because Madagsacar last took a full census of its population in 1993.  There are likely to be 10.2 million eligible voters out of a population of 20 million, but more than 2.2 million people who are eligible to vote are not currently registered.  Of those, an estimated 800,000 would-be voters do not even have the requisite national identity cards to register.  The government simply does not have the capacity to resolve these substantial issues before July 24, and a flawed electoral list will guarantee a flawed election.

On top of questions about voter registration, the announcement of the result is likely to be severely delayed, creating an opening for political manipulation.  The most optimistic assessments suggest that provisional results could be announced a little more than a week after the polls close.  This is partly due to the fact that some precincts are so isolated that they are only accessible by a two day walk, which itself raises question about the security of ballot boxes being transported to regional counting centers.  Even in more accessible areas, the government and the electoral administration body are simply not equipped to ensure clean operations at the planned 20,000 precincts across Madagascar.   With irregularities certain to occur, the delay in vote counting will only serve to fuel claims of manipulation, giving all political parties a wide opening to cast aspersions on the credibility of the process.  If the perception that the election has been stolen prevails, that could only add to the motivations for disgruntled groups in the military to take action.

This glass half empty outlook may prove overly cynical.  Madagascar’s politics are unpredictable and often unfold in unexpected ways.  It is, therefore, plausible that the July 24 elections could serve as a watershed moment in the country’s history, with a democratic election rescuing Malagasies from four years of stagnation at the hands of a self-serving elite.  But I wouldn’t bet on it.