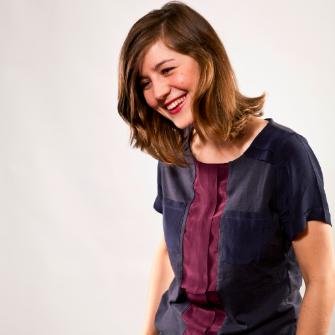 Amelia Kuch takes a look at Tanzania, where durable solutions have been offered to Burundian refugees. New political rules are now in play for these citizens but, as Amelia shows, older ways of organising land and livelihoods in settlement areas are still alive and well.  Amelia is a PhD candidate in African Studies at the University of Edinburgh and Aarhus University.

On 17th of October 2014, President Kikwete inaugurated the distribution of citizenship certificates to 200,000 Burundian refugees who have been in Tanzania since 1972. It was the first time in history that any state has naturalised such a large number of refugees under the protection of UNHCR in a single move. This act was the outcome of lengthy negotiations between UNHCR and the Tanzanian government aimed at providing durable solutions for Burundian refugees living in the so-called ‘Old Settlements’ – rural areas where refugees were settled with access to the land but no formal title.

The final agreement, known as Tanzania Comprehensive Solutions Strategy (TANCOSS), was adopted in 2007. It provides two routes for the refugees: voluntary repatriation to Burundi or naturalisation in Tanzania. Under the act, those who are granted Tanzanian citizenship would be relocated from the settlements to other regions of Tanzania.

Presented with this choice, almost 79% of the refugees opted for Tanzanian citizenship and 21% decided to return to Burundi (SA3 2007). Despite major setbacks and delays in the process (see Milner 2014), citizenship certificates were distributed to 162,156 refugees, and a further 40,000 cases are pending. Initially, this naturalisation was contingent upon relocation but the resettlements scheme was subsequently suspended. As of October 2014 former refugees are free to decide if they want to remain in the settlements or move to other regions of the country.

Whilst this groundbreaking policy garnered a lot of attention in the media there has been very little follow up to explore how naturalisation has shaped the lives of these former refugees and the spaces that they inhabit. My research helps to fill that gap, exploring the issue mobility and land rights. Talking to people on the ground, two findings became clear.

First, the established power structures in these settlements were intimately tied to the (im)mobility of refugees. These historical structures have lost their hold as the politics of mobility has shifted in the area. Previously, refugees who entered and exited the settlements had to seek the permission of a Commandant – the appointed legal authority in these areas. This concentrated a huge amount of power in one person’s hands. Former refugees contend that despite their ability to circumvent the rules, the settlement ‘still felt like prison’ to them. However, as the refugees opted for citizenship (through repatriation and naturalisation) the power of Commandments has dwindled: the implementation of TANCOSS transformed the politics of mobility and, consequently, the laws that governed the camps. This point of rupture creates a space in which new power brokers may arise or old power brokers may re-establish their hold on local areas by re-casting their authority in new ways.

Second, the creation of durable solutions triggered the renegotiation of land occupation in the settlements, prompting new and unexpected forms of mobility. At the point of naturalisation, most residents in the settlements were born in Tanzania and have become very integrated: they cultivate land, speak Kiswahili, and are economically self-sufficient. Prior to repatriating or migrating to other parts of Tanzania, former refugees sold their land to relatives or to Tanzanians from neighbouring villages and regions.

The purchase of land by Tanzanian families is surprising. Whilst a few Tanzanians have been drawn to the area over the years in search of schooling, farming or formal employment the recent influx is unprecedented. Not only are Tanzanians being drawn to spaces that have previously been governed in very different ways to the rest of the country, they are also paying money for land to which the former refugees have no formal claim. As an employee of the Tanzanian Christian Refugee Services explained, ‘In Tanzania the President has a right to distribute land. He leased it to the refugees. But they are not permitted to administer it freely’.

In practice, however, former refugees believe that they have customary land rights to these plots, based on their long-term occupation and cultivation of the land. These customary rights, they argue, are communally acknowledged. As such, neighbours will acknowledge and honor the transfer of their land to others. Tanzanians, for their part, have been lured by the promise of cheap, fertile land and business opportunities. When questioned, new settlers like Henry – a bicycle fundi (repairman) – responded, ‘we give cash. We have some sort of documentation, but that’s not important. What is important is that the neighbours know.’

These exchanges highlight the unintended consequences of TANCOSS: By turning non-citizens into citizens, the policy not only naturalised the Burundian refugees but also the spaces they inhabited. Space that was once governed by the power of the Commandant is now under the purview of the state again. And yet, the everyday negotiation of land in these settlements is based on claims to authority and access that emerged under the old politics of (im)mobility. What neither Henry nor the other settlement residents know, is how these claims will be contested in the future as the state attempts to normalise its relationship with the settlements and their inhabitants.