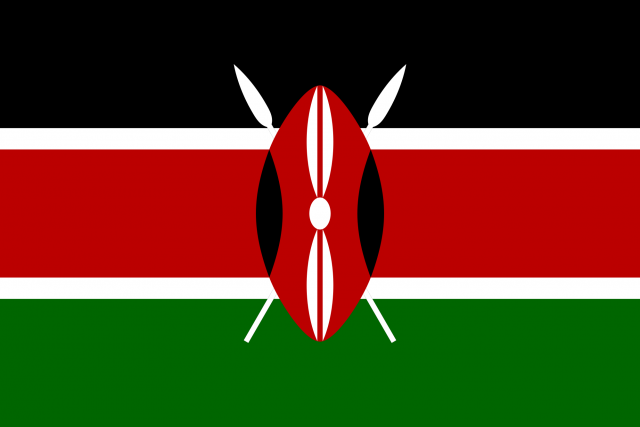 DiA’s Nic Cheeseman investigates the latest deal between opposition leader Raila Odinga and President Uhuru Kenyatta, and asks whose interests are being looked after

It has finally happened. The great political reconciliation is here. After months of bitter disputes, on 9 March 2018 President Uhuru Kenyatta and Raila Odinga announced that they had made up and are now “brothers”.

Regular readers of this column should not be surprised – on 4 February, I wrote that the growing political fragmentation within both the government and the opposition would lead to splits in NASA and the Jubilee Party and, before the next election, a radical process of political alignment.

What I did not expect was that the change would come quite so quickly, and that Odinga would get such a poor deal.

Of course, it may be the case that a series of reforms are about to be announced, but on the face of it Raila appears to have given in to all of Kenyatta’s demands – most obviously recognizing him as the country’s legitimate president, symbolised by the choice of venue, Harambee House – while Uhuru has not (yet) given in to any of the main points raised by the opposition.

As a result, the deal has led to criticism – not least because it appears to provide cover for a Jubilee government that has engaged on a dangerous path of democratic backsliding.

Babior Newton, Odinga’s biographer and usually a sympathetic voice, wrote that the nation had been “betrayed” and the opposition was “dead and gone”. Musalia Mudavadi, co-principal of the National Super Alliance (NASA), lamented that it did not reflect the will of the Kenyan people.

So why was the deal struck, what does it tell us about Kenyan politics, and what does it mean for the defence of democracy?

Although at the time it was often described as something of an aberration, now that the dust has started to settle the politics of the last year seems to reflect a well-established pattern of political competition in Kenya. First leaders seek to secure control over their own ethnic group. Second, they rally their community to a particular cause or party. Third, they leverage this support as a bargaining chip in their negotiations with other national elites in order to gain access to state power.

Of course, I am not the first to point this out. Over thirty years ago, Nicholas Nyangira, one of the most astute analysts of Kenyan politics, wrote a book chapter entitled “Ethnicity, class, and politics in Kenya”. In it he argued that although commentators were often obsessed with the significance of ethnicity in Kenya, ethnicity and class were both important.

Ethnicity mattered, because without the backing of ones own ethnic community it was almost impossible to be taken seriously within the national political arena. But class was also important, because the real value of ethnic politics was that it enabled a leader to secure entry to the national political elite and potentially to corridors of power.

As many people have noted, one of the main problems with this system is that the real needs of the communities concerned are often left behind once the elite bargain has been made. In a system in which ethnic mobilisation is not an end in itself, but rather a means through which leaders can secure a seat at the national table, political activists and ordinary voters are often vulnerable pawns caught up in high-stakes games of political brinkmanship.

As Mordechai Tamarkin argued back in 1978, the power of the elite to coalesce and protect its own interests is what prevents a genuine redistribution of wealth and opportunities. For Tamarkin, the reason that political crises in Kenya are resolved before they have the potential to generate revolutionary change is that once the immediate tumult is over, “the elite, and the bourgeoisie as a whole had an overriding interest in stabilizing the regime upon which they thrived”.

It is therefore unsurprising that successful politicians are often accused of forgetting where they came from by their supporters. It is natural that voters feel used when ethnic politicking has achieved its goal, and leaders begin to take part in a form of exploitative class politics.

In the current context, this leaves us with a difficult question: can the agreement between Kenyatta and Odinga be read through this rather cynical lens? Has the political elite once again come together to protect its privileged position at the expense of ordinary Kenyans? Or is there something more to the story that explains the outcome if the recent political impasse.

It is clear that Odinga’s interests, and the interests of his allies, have played a significant role in this deal. On the one hand, we know that one of the first things to happen after the ink had dried was that the legal cases against Odinga’s recent financial backer, Jimi Wanjigi, were withdrawn. It is widely know that Wanjigi has been looking for a return on his investment, and to make sure he does not suffer further losses, and so in this respect the agreement with Kenyatta has got Odinga out of a tight spot.

On the other hand, it seems likely that Odinga in part struck this deal because he feared losing control of the political agenda. Following his swearing-in ceremony, where Kalonzo Musyoka, Musalia Mudavadi and Moses Wetangula were notable by their absence, it has become increasingly clear that NASA was on borrowed time. The only way for Odinga to keep the Alliance going in the long-run would have been to concede greater control to his co-principals, or to agree not to stand in the next election – neither of which was in his interest.

Moreover, amidst strong rumours that the three Ms (Musalia, Moses and Musyoka) were themselves preparing to do a deal with a different faction of the government, it made sense for the ODM leader to move first in order to outmanoeuvre his former allies. In this context, the agreement with Kenyatta is particularly valuable because it returns Odinga to the political centre-stage, and gives him a new role to play in the upcoming succession battle to replace the president. At the same time, it has the added side-benefit of relegating the three Ms to the shadows, like a minor league pop band whose lead singer has just announced that he is going solo after signing a deal with a major record label.

But the fact that the deal has generated significant advantages for the ODM leader does not mean that it is illegitimate, or that these are the only reasons it has been struck. Salim Lome, Odinga’s long-time friend and occasional spokesperson, has argued that he is predominantly motivated by a desire to avoid further bloodshed and a concern for his legacy.

I am sure that this is partly true – Odinga has played a critical role in strengthening Kenyan democracy, including the campaign for the 2010 constitution and the delivery of devolved government. And I am also sure that I was not the only one who breathed a sigh of relief when they heard the news of the deal, thinking of the lives that might have been lost in the months to come without it.

It is also important to note that Odinga didn’t really have a choice. Having failed to secure concessions through civil disobedience, and facing an international community that has not shown any interest in backing his demands, the ODM leader was left with few options left. Without the support of the three Ms it was not feasible to sustain a more aggressive approach, and once this possibility was ruled out the only question was on what terms a reconciliation with Kenyatta could be struck.

Getting a fair deal

It is still far too early, of course, to know how the deal will be viewed in the future. Even those who recognise that Odinga had few other options will be watching to see what concessions he has managed to gain from the government before they decide whether this episode fits Tamarkin’s model, or should be viewed as something more substantial and enduring.

Given the terrible grief and stress that many Kenyans have felt over the past year, many will weigh up the sacrifices that they have been made against the concessions that Odinga has secured. And when they do this, they will not be looking at the parts of the deal that protect the NASA leader and his allies, but the ones that lead to genuine reform.

This means that they will be looking to see if President Kenyatta has agreed to reverse the process of democratic backsliding that his government is currently embarked on, and whether there is an explicit commitment to: secure justice for Chris Msando; find and prosecute the person who shot at the car of the Deputy Chief Justice; implement meaningful reform of the police force; provide compensation for those who those who were injured and killed; and, reintroduce media freedom – starting with the reinstatement of columnists that have recently lost their jobs such as David Ndii.

If there is significant progress on a number of these issues, the deal will come to be viewed favourably. If not, the claim that the agreement has been done for the good of the country as a whole will start to ring very hollow.

Nic Cheeseman is Professor of Democracy at the University of Birmingham