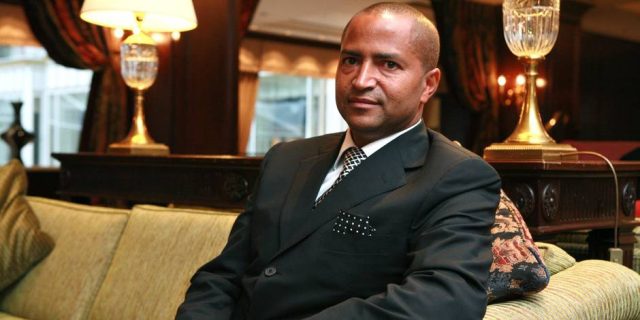 Ilunga Mpyana explores the political landscape of the DRC in the wake of Moise Katumbi’s resignation last month. Given Katumbi’s wealth, popularity, principles and political savvy, there may be trouble ahead for the Kabila regime. Ilunga is currently completing a Masters in Public Policy from the Blavatnik School, at the University of Oxford.

With the general elections scheduled for November 2016 fast approaching, the political climate in the Democratic Republic of Congo is getting increasingly dramatic. On the one hand, the opposition, which accuses President Joseph Kabila of seeking an unconstitutional third term in office, appears to be consolidating its ranks with key political figures. On the other hand, things seem to be falling apart for the ruling Party for Reconstruction and Development (PPRD) and its coalition (also known as the Presidential Majority), as they lose some of their senior and strategically important members.

Barely one month after seven parties (the so-called ‘G7’) withdrew from the ruling coalition, the Kabila regime lost another central figure, this time from within its own ranks. Moïse Katumbi Chapwe, a long-time ally and loyal collaborator of Joseph Kabila, resigned from the PPRD and from his post as Governor of the mineral-rich Katanga Province on 29 September 2015, publicly condemning the coalition’s attempts to secure the President a third term in office. Furthermore, Katumbi deplored the lack of rule of law and the human rights violations that have taken place under the Kabila administration, before calling upon all other political actors to side with the people and protect the constitution.

As expected, Katumbi’s resignation met with mixed reactions. While the opposition welcomed what they termed his ‘heroic’ decision, the Kinshasa-based Presidential Majority wondered why it had taken him so long to leave the party. The government downplayed Katumbi’s move, claiming that he had only remained Governor for as long as he did thanks Kabila’s graceful and merciful nature. This defence, however, only served to underscore the individualised nature of Congolese politics, which revolves around the figure of Kabila, in a manner reminiscent of his predecessor, Mobutu Sese Seko.

Katumbi, in contrast, has successfully projected himself as a hardworking and law-abiding citizen. Originally a successful businessman, Katumbi claims to have only entered into political realm by popular demand. Since he entered into office in 2007 Moïse (French for Moses) has played on the narrative of his Biblical namesake, and promised to lead the people of Katanga out of suffering and into a new era of development and democracy.

Throughout his term in office, Katumbi has been a loud (and often lonely) voice pushing Kinshasa to respect the constitution and the voice of the people on numerous issues, including resource allocation to the provinces, decentralisation of government, and Presidential term limits. Add to this his reputation for developmental governance in Katanga and his Presidency of one of Africa’s leading football clubs – Tout Pouissant Mazembe – and it is not hard to see why Katumbi has acquired legitimacy and credibility well beyond Katanga Province.

This resignation is potentially significant on several levels. Firstly, it frames the battle for power in the DRC as a battle over the constitution. This rhetorical focus is a significant step forward for a country that has experienced more than three decades of authoritarianism and conflict. Secondly, Katumbi’s principled surrender of office is virtually unprecedented in DRC politics, and provides both domestic and international actors with confidence in the country’s future. This confidence could have implications beyond the political sphere: it is no coincidence that more than 30 major CSOs in the country expressed their support for his act.

Regarded for a long time as Kabila’s potential successor due to his popularity and personal wealth, Katumbi‘s resignation may trigger a raft of further defections from the ruling alliance as leading figures seek to safeguard their political careers by siding with an increasingly powerful opposition movement. However, it may also redouble the PPRD’s determination to alter the constitution, fearing that they did not have a successor of Katumbi’s calibre, should he decide to run for Presidency.

If this is the route that Katumbi chooses to take, though, his path will not be easy: In a country as vast, diverse and divided as the DRC, he is unlikely to win without the support of a major opposition party. In order to break through the divide between East DRC (mainly Swahili-speaking) and West DRC (mainly Lingala speakers), he will likely need to ally with the Union for Democracy and Social Progress (UDPS). The 82 year-old UDPS leader and Congolese opposition veteran – Etienne Tshisekedi – is aging but remains popular in the capital, Kinshasa, parts of Western and Central Congo.

Support for Katumbi is also likely to come from the G7 parties, especially given his close relationship with one of the leaders, Kyungu Wa Kumwanza, another veteran commonly referred to as the ‘Father of Katanga’. Whilst there are long rivalries between Tshisekedi and Kumwanza dating back to the 1990s Katanga/Kasaï conflict, the lure of defeating the PPRD could be enough to tempt them into a grand alliance.

Finally, the Congolese diaspora, particularly in Europe, has expressed strong support and admiration of Katumbi: The positive image he projects to the outside world stands in contrast to the tired and tawdry image projected by the Kabila regime. Their money and political clout could be of great importance in the coming months.

In short, Kabila has much to fear from the resignation of his former ally. However, having abandoned his platform of governor, Katumbi must work hard to remain present and relevant in the political sphere, ahead of November’s elections. Few political pundits would be willing to say with certainty what the future holds for politics in DRC. Only after the gubernatorial elections scheduled for January 2016 will we have a clearer indication of the political alliances that are likely to take control of this vast state at the heart of Africa.