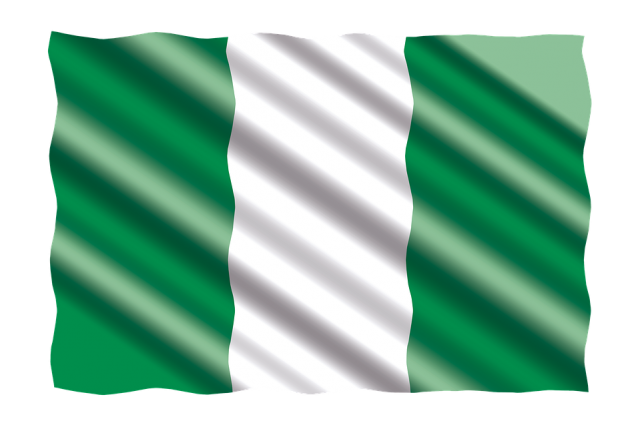 Nigeria continues to be largely homophobic, mainly as a result of cultural and religious conventions. Negative perceptions of homosexuality led to the criminalisation of same-sex relations in 2014. The Nigerian environment is therefore toxic for LGBTI people. They become easy prey to oppressive and exploitative state security apparatus. They are also vulnerable to public “moral police” who seek to make homosexual performance invisible and closeted.

One may assume that the marginalised Nigerian same-sex community and its allies have conceded to the widespread societal ostracisation. But that would be to ignore the vigorous advocacies that have been going on in the country’s cultural production and on social media.

Films and literary texts have been the more studied genres where same-sex agency has been iterated and reinforced. In Nollywood – the country’s film industry – early depictions were constructed by non-LGBTI people who seemed to latch on public inquisitiveness for financial gains.

More recently, however, members of the Nigerian queer community have taken over the task of shaping their public image and identity, to reasonable success, in these creative ventures. They have done so through movies as well as a growing body of literary writings.

Social media, however, can be considered more potent as a medium which, to the authors of The Alternative Media Handbook, gives voice to “the socially, culturally and politically excluded”.

By unpacking “live” data from members of the queer community, one can identify the challenges as well as advocacies in Nigerian digital queer discourse. That’s what I did in a study of queer Nigerian Twitter. To explore the diversity of queer agency, I analysed selected tweets by Nigerian queer men. As a linguist, my focus was on identifying and discussing how the performative use of language can achieve the functions of coming out as well as confronting homophobic cyberbullying.

Twitter has grown to become a very popular microblogging platform in Nigeria, accounting for about 1.75 million users, with an annual growth rate of 4.4%. Communities with shared interests are built online. The queer community in Nigeria is no doubt on the margins, but it has found digital platforms safe havens for collective queer voices.

The digital space, I found, has become a location for the representation and assertion of queer agency. What I found interesting in these narratives was that these commenters were not only ready to come out on a “public” digital space, they were also expressive in revealing their offline identities. This despite the possibilities of homophobic violence.

In expressing and owning their sexuality online, Nigerian queers, for instance through their Twitter names, spell out their sexuality as they incorporate vocabulary like “gay”, “homo” and “queer”. And they use the rainbow – a global symbol of LGBTI advocacy – in their Twitter handles and names.

They also own their profiles by either using their personal images or other suggestive queer-positive ones to indicate their sexual orientation. These realisations are central to queer agency, especially as the users I analysed live in Nigeria and are willing to challenge the existing normative sexuality structures. For example:

“This year I accepted the entirety of my sexuality and it’s one thing I’m very grateful about. I remember those days when I use to beat myself, cut myself, cry, pray and do all shits for being gay. Those days that I had to go to various priests for deliverance and guidance.”

This Twitter user reveals their sexual orientation within a narrative which expresses the difficulties of their lived reality. What is striking is the conviction of self-acceptance and the roles played by the online queer community in the affirmation of this.

Even more exciting is how these Twitter users engage in anti-homophobic advocacy. They turn the narrative around by exploiting online platforms towards positive self-presentation. They also respond to and challenge their cyber-aggressors and other homophobic commentators. They further acknowledge the necessity of support, like this tweet:

“Nigerian parents need peer support groups; especially parents with LGBTQ kids. I think one of the reasons they suffer so much is that they don’t know/talk to each other and they think they are alone. But there are lots of parents going through the same struggles across Nigeria.”

This acknowledges the role of the family as a domain of socialisation in normalising same-sex relations. Or this: “I think that social media really helps our generation with this. I wonder if they’re too far gone to also take advantage.”

This extends the discussion to the advantages of social media in queer outreaches. The tweets I analysed draw attention to, among others, the role of family relationships, homosexual allies and larger non-queer communities in helping Nigerian LGBTI people express and accept themselves. The advocacies are geared towards providing information concerning the naturalness of their sexual orientation.

The tweets have sociological implications as ways of creating meaning. They humanise the commenters as legitimate members of Nigerian society and attest to the naturalness of queer identities. The online discussions provide visibility for a marginalised community.

Since the tweets contest the normative portrayals of same-sex relations, they also constitute activist representations. These queer Nigerian males use digital platforms for the purpose of identity formation. In this self-assertion, they contest the monochromic representations perpetuated in popular culture.

The tweets I studied speak out against the bigotry and hate messages which are directed at them. They accentuate the human rights concern that a person’s sexuality is their personal decision. And they correct the perspective that problematises homosexuality as being the same as other social ills.

More crucially, I conclude, in view of the stifling and homophobic lived realities in Nigeria, these narratives engender conversations around the issue of queer visibility and acceptance within Nigerian society.

Paul Onanuga is a Lecturer at the Federal University, Oye Ekiti.

This article is republished from The Conversation under a Creative Commons license. Read the original article.