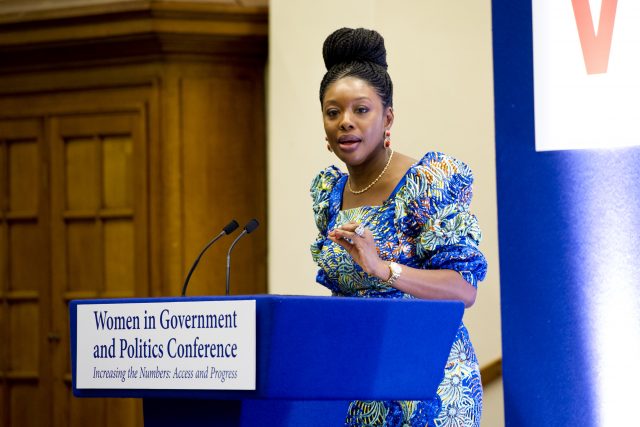 The Winihin Jemide Series has published a global report today on women in politics and government in Nigeria. Drawing on data between 199 and 2015, this report highlights the nation’s successes, and presents a roadmap for the way forward.

Over the last two decades, intergovernmental organisations and national governments have placed the need for gender equality at the top of their agendas. Today, there is worldwide recognition that sustainable economic growth will only happen with long-term investment in gender-equal economic, human and environmental capital.

Yet, despite much progressive policy talk, women continue to be marginalized: their contribution to economic advances, social progress and environmental protection is all to often thwarted or ignored. This is doubly significant, given that women are often disproportionately affected by economic crisis, social conflict and climate change.

Now, as the world approaches the ‘coming-of-age’ of the UN’s Beijing Declaration – which is 21 years old this year – we have published an important report on women’s political inclusion and power. Our report explore progress in recent years and calls attention to what remains to be done. Drawing on comparative studies by the OECD, the McKinsey Global Institute and The Mary Robinson Foundation we also look ahead, charting a path towards a more equitable future.

Harsh Realities on the Ground

Taking Nigeria as its starting point, our report explores the progress that has been made on gender inclusion in politics and government since the country’s return to democracy in 1999. Our data, gathered in collaboration with the National Bureau of Statistics of Nigeria, charts the advances that women have made during various regimes that bridge both military and civilian rule.

We find that 50% of State legislatures have female representation today, compared to 33% in 1999. At State level, female deputy governors have doubled since 1999. The number of female commissioners and permanent secretaries has also increased. Meanwhile, women have retained a consistent share of judicial appointments. At the Federal level, more women serve as ambassadors, high commissioners and permanent secretaries than ever before.

Dr Elsie Scott, Founding Director of the Ronald W. Walters Leadership and Public Policy Center at Howard University, emphasizes the importance of these positive trends, which ‘show the progress made in increasing representation of women in elected and appointed positions in Nigeria’. She warns, however, that ‘the findings shouldn’t be used to sing the praises of a particular administration or jurisdiction or be seen as an opportunity to relax efforts to increase the numbers further’. Instead, she argues, we should see these positive stories as an ‘incentive to eliminate male dominance throughout the government at all levels.’

Our report agrees that there is much work to be done. Despite the progress made, key governance roles remain dominated by men, particularly at the Federal and State level.

Good Intentions Are Not Enough

Professor Camilla Quental, Assistant Professor at the Management, Organization & Law Department in the Audencia Business School has developed an academic paper on the basis of our report. She concludes that despite much lofty rhetoric to the contrary, women who want to enter politics continue to face multiple barriers, including socio-cultural norms, political exclusion and economic disadvantage. ‘Men have control over assets and relatively better education’, Quental argues, ‘so they have a dominant position within politics’.

Professor Nic Cheeseman, Associate Professor in African Politics at the University of Oxford, expands upon the economic dynamics at play here. Cheeseman highlighted a positive correlation between the GDP of Nigerian states and levels of higher gender representation. As he explains, this could mean gender equality promotes growth or that growth promotes gender equality. States that have stronger economies, for example, could be more likely to offer greater opportunities to women and facilitate social change through education.

Whatever the causal relations at play, it is obvious that women’s political inclusion and power cannot be divorced from bigger-picture issues like healthcare, education, employment and access to finance. The same is true in other African countries, such as Rwanda, Uganda, Namibia, and South Africa. These countries have all instituted reserved seats for women or quota system but formal, top-down, institutional changes do not – on their own – increase women’s political power.

Towards a Fairer World

Based on the findings of our report, the Winihin Jemide Series makes five main recommendations:

Mrs Winihin Ayuli-Jemide, founder of the Series, said: ‘We must begin by determining exactly where we are in real terms with regards to Gender Equity in Africa. Only then can governments, development agencies, and advocacy groups adequately plan for parity and fairness. This is where the specifics of surveys, research and data output from authentic sources come in to the play.’