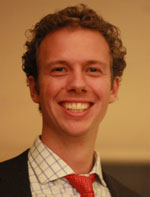 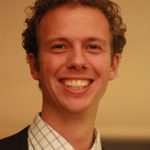 Those analysing Democracy in Africa are constantly faced with the question: where should we focus our studies? What analytical lens will provide the most comprehensive and nuanced insights into  a particular political landscape? Here, Dr David Ehrhardt, a research officer in the Nigeria Research Network at the Oxford Department of International Development, highlights the importance of moving our gaze beyond the state when we explore political power in Nigeria. He writes here in his personal capacity.

Political power in Nigeria can have many faces. Many operate within the confines of the state, either in its public centre or in its shadowy borderlands. But the state is by no means the exclusive space where political influence is created and exercised. Religious leaders, businessmen, traditional rulers, ethnic community representatives, and neighbourhood elders are all political authorities in their own right. Their power may, in some cases, derive from their connections with the state; but more often than not, these leaders also have access to ‘their own’, unique sources of political authority. I believe that this fragmentation of political power and authority deserves renewed analytical attention if we are to grasp and describe the full scale of the political process in Nigeria.

It is a truism, perhaps, that political power, both in Nigeria and elsewhere, extends beyond the scope of the state. At the same time, however, scholars disagree on how to analyse forms of politics that exist beyond the reach of the state. Many remain committed to some version of the theory that views the state in opposition to civil society. One of the many risks of this approach is that it (tacitly) positions the state as the ultimate ‘container’ of power. Even if the state has little legitimacy, fails to govern, or cannot supply even the most basic of public goods, as is arguably the case in Nigeria, the civil society paradigm locates political power primarily in the state. Nonstate actors, in this view, may be able to resist or cooperate with the state, but are not considered as powerful elites in their own right, who may act like state actors in areas where the state is unable to exercise its authority.

In contrast, I am suggesting to take seriously Migdal’s notion of ‘state-in-society’ and view the entire range of state and nonstate elites as competitors for public recognition and influence. Acknowledging the fragmentation of political power in this way opens up two areas of empirical enquiry. First, it pushes us to identify power beyond the state and map out which actors are ‘powerful’ or ‘authoritative’ in a given political arena. The precise contours of such a map depend on the definition of power that is employed. But in most definitions, a ‘power map’ of any given city in Nigeria would likely include individuals within the state as well as businessmen, religious leaders, ‘traditional’ chiefs, ethnic community representatives, and community elders.

With this map as a basis, the second area of enquiry relates to the nature of power and authority. As noted above, power may be derived from a variety of sources: from control over economic resources to spiritual charisma, and from electoral success to control over the military and security services. This diversity is significant because sources of authority are likely to affect the behaviour of those who can wield it, through at least two mechanisms. First, sources of authority shape the incentive structures for elites to maintain or enhance their elite position. Power based on electoral success, for example, pushes elites to enlist the support, and increase the size, of their electoral constituency; power based on religious charisma, by the same token, pushes leaders to emphasise their religious credentials and reinforce their connection with their religious community.

Second, sources of authority also set the basic parameters that constrain political agency. Actors within the state, for example, derive their authority from a constitution or some other set of formal institutions. This form of authority grants them control over public finances and the organisations of the state, such as the security services and the military. But it does not necessarily give state elites legitimacy, nor does it guarantee a sense of loyalty and devotion among the population. As such, it may not enable them to mobilise people, influence their ideas and attitudes, or change their behaviour. Such ‘discursive’ influence may require other forms of authority, based, for example, on charisma, ideological orientation, knowledge and expertise, or commitment to the welfare of a community. Recognising the qualitative fragmentation of political power can thus help us understand not only the processes of elite competition, but also the ways in which different elites act towards the wider population.

In sum, my simple suggestion here has been to acknowledge that political power in Nigeria is fragmented, both in terms of the actors who may wield it and in terms of the sources from which they derive it. One way to begin analysing power is to assess the structural access of elites to its various sources, such as institutional control, financial resources, or public visibility. What would this look like in an empirical study? We could borrow from Robert Dahl’s approaches and explore how different actors understand, participate in and influence a particularly politically contentious issue. We might also follow John Gaventa, in selecting a clear instance of oppression and analysing the structures and actions that reinforce it. Each of these approaches help us to uncover some of the faces of political power in Nigeria; together, they may help us sketch a comprehensive portrait of power in the country and beyond.