In this post, Martin Skrydstrup tells us about ‘My First Election Day’, a project that he conceived and directed around Kenya’s 2013 elections. As part of the project, 10 young Kenyans who were voting for the first time were given cameras and tasked with recording their election-day experiences. Martin has a PhD in cultural anthropology from Columbia University in New York City. He is currently a postdoctoral research fellow at the University of Copenhagen. You can find the full collection of photographs from the project, here. 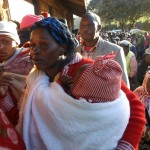 Like millions of other Kenyans, 10 young Kenyans from 10 different counties of the country voted for the first time ever on March 4th 2013. Following on from 2008, when post-election violence killed an estimated 1,133 people, and left more than 600,000 displaced, the tension preceding this election was palpable, and the stakes were high.

What set these 10 Kenyans apart was that they had been tasked with capturing their experiences of election day from dawn to dusk in a photo diary. The project My First Election Day is the result of their efforts.

The images taken by these young, first-time voters capture their unique journeys to the ballot box . Their evocative photographs serve as an alternative guide to the conventional photo-journalistic pictures that surround election day: portraits of key candidates and their entourages.

With a majority of the population being below 35 years old, Kenya is a very young country – and having held its first multiparty elections in 1992, it is also a very young democracy. A large percentage of the electorate was voting for the first time in March 2013. Many questions stood to be answered on that day: Had Kenya made real progress on electoral reform, having created a new and progressive Constitution in 2010? How would the electronic voter registration system – implemented to prevent the kind of fraud suspected in the last elections – work in practice? Would six different ballot papers be too big of a challenge for voters? The project My First Election Day visually answers some of these key questions. 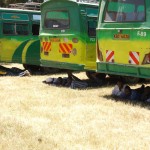 Generally, the project affords us rare and intimate insights from below, and from the margins, into a high-level event of global significance. The project turns mainstream news photography on its head, by way of balancing the spectacular with the mundane, the extraordinary with the everyday, and the big pictures with the small details in its portrayal of the General Elections in March 2013 in Kenya. As Peter Plagens remarked in Newsweek at the end of 2007, ‘The next great photographers – if there are to be any – will have to find a way to reclaim photography’s special link to reality. And they’ll have to do it in a brand-new way.’ This is exactly what our 10 photographers did in My First Election Day.