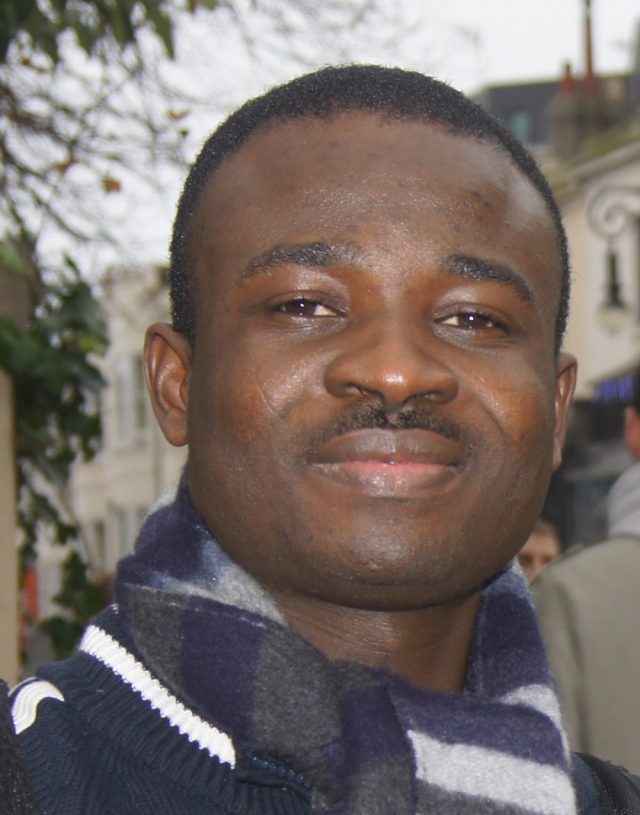 In this post, Festus Boamah explores large-scale land acquisitions in Ghana and the local politics that surround them. Festus is a PhD candidate at the Department of Geography in the University of Bergen, Norway.

In everyday language, ‘dispossession’ implies the loss of something that was once held, controlled, used or claimed by an entity, individual or group. In legal terms, however, we need to go further to claim that dispossession has occurred: a legitimate actor must confirm the identity of the claimant and the basis of their ownership. Consequently, the legal verdict of dispossession is contingent upon evolving notions of entitlement in a particular polity. Furthermore complications also surround attempts to ascertain the scale and value of the asset that has been lost. In this blog, I illustrate these arguments in the context of large-scale land allocations by Ghanaian chiefs.

During the last decade, many Ghanaian chiefs have allocated large land areas to agricultural investors―mostly from Norway, Italy, and Canada―usually for the cultivation of jatropha for biofuel production. Schoneveld et al. report land allocations of over one million hectares to mostly foreign-owned companies (or companies financed by Ghanaians abroad) as of 2009, which sharply contrasts with the 158,906 hectares of land areas acquired by both the British colonial administration and post-independence governments of Ghana combined between 1850 and 2001. These large land allocations have proceeded apace during the decade partly because the main requirement for a land transfer in Ghana is the consent of the prospective investor and that of either a primordial actor ― chief, family head, land owner ― or the legitimate land grantor. Hence, the involvement of state institutions in the registration of land allocations only emerges in the final stages of the formalisation process is often inconsequential. Whereas Ghanaian governments used to negotiation the allocation of large land areas in the early post-independence era, Ghanaian chiefs have now taken on this role: an indication of the state’s waning authority over land.

The recent allocation of large land areas to foreign companies in a country where the national constitutions, national anthems and the national pledge entreat proud citizens to urgently prevent loss of land to ‘foreigners’ or ‘strangers’ areas begs many questions. More profoundly, chiefs of southern Ghana currently playing a lead role in the facilitation of large-scale land deals were the same institutional actors who teamed up with educated elites (particularly lawyers) to successfully quash the Crown Land Bills of 1894 and 1897, which sought to vest the country’s so-called ‘waste’ land, ‘unoccupied’ areas, forests and minerals in the British Crown. Furthermore, despite the predominant customary land tenure regime in Ghana, actors who customarily hold land in trust for people do not only refer to chiefs or stools/skins but also clan heads, family heads and leaders of other primordial groups in a polity. Therefore, the dominance of chiefs in recent land allocations remains a paradox, and this warrants thorough investigation.

A recent paper published in Review of African Political Economy shows that the representation of biofuel investors as ‘land grabbers’, obscures the fact that land deals have been utilized by chiefs to re-establish their authority over stool land (i.e. land areas under the control of chiefs), formalizing the boundaries of stool land―which lack formal demarcations―and creating economic opportunities for village residents in their respective communities. Chiefs’ quests to formalize land boundaries was premised on the claim that migrant farmers often evade land rent payments, which threatens the authority of the institution of chieftancy and also dissolves the social distinction between ahohoɔ (i.e. migrants) and kuromafo (i.e. individuals who trace their descent to the project villages, henceforth called ‘local citizens’).

Public criticism of the land deals use the terms ‘land grabbing’ or ‘land dispossession’, and calls for interventions to protect the land use rights of affected persons. NGOs and civil society organisations, for example, accuse chiefs of acting illegally and abusing their powers. Ghanaian chiefs fend off such criticism by invoking Ghana’s customary laws, which establish chiefs as custodians of land. Moreover, Chiefs attempt to bolster their position of power by extolling the heroic acts of their ancestors who conquered and annexed boundaries of once powerful kingdoms/chiefdoms or emphasizing that their own positions of authority pre-date that of Ghana’s state. Both standpoints underestimate the political and economic negotiations in play over land deals. Here, I will highlight two elements of these negotiations: fluid notions of entitlement and inconsistent land measurement systems.

Firstly, entitlement to land has become contingent upon recognition by chiefs as well as ethnicity. In the midst of land deals, the chief’s power to label particular groups as ‘migrants’ or ‘local citizens’ is important, as is their capacity to accuse certain migrants of failing to pay their annual agricultural tributes to the chief. In the negotiations over land entitlement, chiefs strategically challenged affected ‘migrants’ to show receipts for their tribute payments or demanded that affected ‘local citizens’ provide proof of family ancestry or descent to the project villages. Migrants who often paid annual tributes to chiefs and/or had established diverse reciprocal relationships with chiefs and family heads either did not lose land areas or were granted new land areas after the project implementation. Local citizens whose land claims were upheld by chiefs and law courts were also empowered to negotiate directly with the biofuel investor for new land areas or for compensation payments.

The chief’s power to label certain areas of land as mfofoa – marginal land – was also crucial. Through these labels, chiefs could create the impression that jatropha projects were ‘pro poor’, and would work to the benefit of local citizens in biofuel project areas. Such maneuvers hide the damage done to the land use rights of many local citizens, and the value of land that could provide local households with goods such as oil palm fruits, mango fruits and firewood, forming an important part of the local agricultural production cycle.

Secondly, to offer a fair compensation, claimants are supposed to provide accurate information about the size and value of the resource lost or destroyed. Given that farmland boundaries are unclear, the farmers who were empowered to negotiate with biofuel investors directly often seized the opportunity to magnify the size of their land and the value of crops that would be lost. Ghanaian farmers use a measurement system called ahoma (measurement rope) or pole (distance between two successive telephone poles spaced 70 yards apart) to denote one acre of farmland. The measurement dimensions of ahoma and pole ranging between 61.8-63.7m x 61.8-63.7m and 70-75 yards x 70-75 yards respectively are equivalent to the correct dimensions of an acre (i.e. approx. 4,047m2 or 4,840 square yards). In practice, however, these systems are less reliable, especially when they are used on vast land areas interspersed with huge trees, undulating land, and river valleys. When I compared these measurements to GPS calculations during fieldwork, the results were constantly different and biofuel investors could stand to make huge losses paying for farmland that was effectively included in several claims. Indeed, having already paid royalties to local chiefs, investors often rejected belated land claims from local citizens, even where they had valid and exclusive land rights.

In contexts characterised by the complexities above, the following questions arise:

To avoid the Scylla of prosing an equally controversial term and the Charybdis of criticizing conventionalized land measurement systems, the paper draws attention to a conceptual challenge of analyzing land deals, and the need for further research in this area.