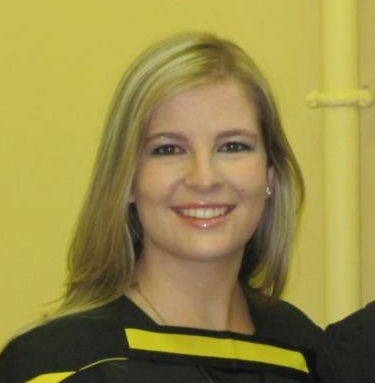 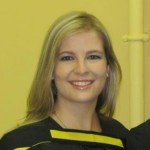 In this blog, Nicole Beardsworth asks how the MDC and ZANU-PF are fairing in the run up to Zimbabwe’s national election. Nicole is a former researcher at the South African Institute of International Affairs (SAIIA) and is currently a Masters candidate at St Antony’s College, University of Oxford.

This year’s elections in Zimbabwe may well prove to be a watershed for the Southern African country but as the elections move ever closer, the outcome appears less and less certain.

In 2008, following a decade of crisis and the worst hyperinflation seen since World War Two, the MDC-T’s support base was at its highest while ZANU-PF faced a massive internal crisis of legitimacy, both within the state and the party. The situation ahead of the 2013 elections couldn’t be more different. A series of opinion polls conducted in the country in 2011 and 2012 have consistently reported diminishing support for the MDC-T, alongside ZANU-PF’s surprising resurgence. The MDC-T has suffered from a crisis of expectations; the population anticipated that their inclusion in government would drastically alter their fortunes. Instead, the government has been hobbled by policy deadlocks and indecision and the MDC-T has been implicated in corruption scandals at the council level, particularly in marginalised areas and former MDC-T urban strongholds such as Chitungwiza.

Mass unemployment, the continuation of rolling electricity blackouts and the enduring failure of the water reticulation systems in Harare have led the city’s once politically active population to become increasingly disaffected, as illustrated by their relatively disappointing turnout in the March referendum. To add to the MDC-T’s woes, the Prime Minister’s scandalous love affairs and his $3 million residence have tainted his image as a strong, principled leader committed to fighting corruption. The party’s campaign platform, JUICE (Jobs, Upliftment, Investment Capital & the Environment), has failed to make a splash since its launch in 2012 and is widely seen as less motivating and aspirational than ZANU-PF’s Empowerment and Indigenisation platforms. Ironically, the marginal economic recovery attributed largely to MDC-T Finance Minister Tendai Biti may also prove to be a double-edged sword on Election Day. The party can no longer count on the protest vote mobilised so effectively in 2008 by the effects of malnutrition and disease running rampant in the population. Due to their weakened position, it looks certain now that the MDC will need to reconcile with the smaller MDC faction led by Welshman Ncube. A broad opposition coalition with the smaller MDC’s, a resurgent ZAPU and even Makoni’s Mavambo/Kusile/Dawn might be the only remaining route to the presidency for the MDC-T.

In contrast, ZANU-PF has made an extraordinary comeback since 2008. Denounced by SADC and the AU, sanctioned by the USA, EU and UK and facing internal succession battles and a crisis of legitimacy, ZANU-PF looked set for disintegration. Instead, the party used its role in the unity government to regroup, sanitise its image, and reposition itself ahead of the next election. The party has slowly gained traction through the mobilisation of its indigenisation policies and community share ownership schemes. Treating government as an ugly step-child and concentrating on strengthening the party and local state structures, ZANU-PF is now far stronger than in 2008. For his part, President Mugabe has undertaken a campaign to try to win the youth vote through a number of channels but notably through his hip new fashion range entitled the House of Gushongo. He has also increasingly preached peace in public, denouncing violence and distancing himself from the continued campaigns of brutality and intimidation carried out against civil society groups. The turnout in the peaceful March referendum was particularly high in ZANU-PF’s traditional strongholds; the Mashonaland and Midlands provinces contributed over half of the national ‘yes’ vote, contributing to speculation of increased ZANU support in these regions.

However, the party is also not without its problems; splits within ZANU-PF are becoming more apparent as evidenced by the public spat between party members on the Facebook social media platform. A page exists under the pseudonym Baba Jukwa, which is releasing credible information regarding goings-on within the party, while another page entitled Amai Jukwa attempts to counter this offensive. There are also widespread concerns over Mugabe’s candidacy; his advanced age may in fact hinder the party’s electoral success. To compound the internal pressure, the race to succeed the 89 year old party leader is heating up, with factions rallying around frontrunners Joice Mujuru and Emmerson Mnangagwa. This factionalism, erstwhile under wraps, is now out in the open, particularly in Manicaland where a proxy war is raging between party heavyweights Didymus Mutasa and Oppah Muchinguri alongside Justice Minister Patrick Chinamasa. The new constitutional provision that postponed the succession debate and determined that, should the president die in office, the ruling party chooses the successor has led to a battle to control the provinces and thus to control the party vote.

Meanwhile, the international community is eager to re-engage with Zimbabwe. In recent months, the EU suspended its sanctions against all but ten individuals and two firms, while Western countries under the banner of the ‘Friends of Zimbabwe’ invited members of the three parties to a re-engagement meeting in London where they vowed to work with any government “emerging from free and fair elections, which are credible, peaceful and transparent.” Two weeks ago, in a surprising turn of events, the US ambassador to Zimbabwe called for a normalisation of relations between the two countries. SADC is also eager to have Zimbabwe off its agenda. President Zuma, the bloc’s appointed mediator to the Zimbabwean crisis, has recently taken a stronger stance on the country and has vowed to ensure the full implementation of the reforms agreed to in the GPA. Morgan Tsvangirai has undertaken a regional and continental diplomatic offensive to gain friends and allies in SADC and across the continent, travelling to South Africa, Tanzania, Mozambique, Nigeria and Gabon. It is increasingly clear that the regional body is likely to be divided in its stance on Zimbabwe. Reports suggest that President Hifikepunye Pohamba of Namibia refused Morgan’s overtures while President Joyce Banda recently undertook a five-day state visit with President Mugabe who invited her to open this year’s Zimbabwe International Trade Fair. She left the country after calling for Western nations to lift the remaining sanctions on Zimbabwe and stating that Malawi had a lot to learn from Zimbabwe’s land reform and black empowerment schemes.

Notwithstanding the success of the new constitution, signed by the President on 22 May, many of the reforms outlined in the GPA have not been implemented over the last five years. Repressive legislation such as the Public Order and Security Act (POSA) and the Access to Information and Protection of Privacy Act (AIPPA), used since 2002 to intimidate the opposition, independent media and civil society, are still on the statute books. There has been little media reform while security sector reform has been repeatedly blocked by ZANU-PF. The voter registration exercise begun in May was plagued with problems, while the MDC-T released statements accusing the ZANU-PF controlled Registrar-General’s office of being partisan in the release of registration information. The MDC-T’s co-Home Affairs Minister, Theresa Makone, also alleged that the Registrar-General’s office added and removed thousands of names from the voters roll, while the 19 MDC-T campaigners that she sent out to her constituency to verify the newly registered voters were arrested by the police service. There are also reports that ZANU-PF is manipulating the distribution of food aid to coerce people to take up membership of and vote for the party. Due to these and other factors, the role of SADC in ensuring reforms ahead of the elections is likely to be critical.

For now, President Mugabe is delaying the announcement of the election date, potentially waiting until after the expiry of Parliament’s term on 29 June, when he will be able to declare the date without needing to seek the assent of Tsvangirai as per the GPA. From the day that the election date is announced, pressure will begin to be ratcheted up on Tsvangirai and Mugabe, both internally and externally. As the polls loom, the outcome of the elections becomes more and more difficult to predict. Amidst the apparent decline in support for the MDC-T and the somewhat sanitised image of ZANU-PF, the parties seem to be on a fairly even footing. SADC and the AU won’t countenance another violent election in Zimbabwe and ZANU-PF appears to be mobilising to win the election by other means. At this point in time, depending on the actions of SADC and the three parties to the agreement, the outcome of this year’s election is anyone’s guess. All the while, Zimbabweans wait with bated breath.