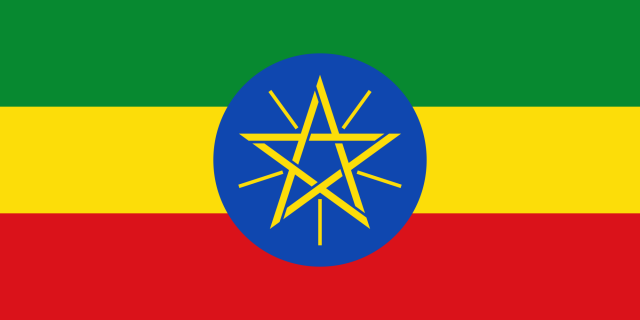 Sam Stratford finds that, despite a change in leadership within the ruling EPRDF, prospects for political reform and democratisation in Ethiopia remain elusive, resulting in what could be an endless state of emergency.

In early 2018 the government announced a series of sweeping reforms including the release of political prisoners and the closure of the notorious Maekelawi prison. Combined with changes to the electoral law and reports that the country’s draconian anti-terrorism law, among others, could be amended, there was a cautious optimism that the government would prove many wrong and make the changes necessary to appease grievances and open democratic space. This cautious optimism was further fuelled on 15 February when Hailemariam Desalegn resigned as prime minister. It would be unfair to say the events of recent years are down to Desalegn – a politician from a traditionally less prominent ethnic group in Ethiopian politics who was seen as a figurehead by many. Nevertheless, his resignation sparked scenes of jubilation and gave many Ethiopians hope that this was a new dawn for the East African country.

These hopes were tempered just a day later when the government imposed a six-month state of emergency, the second in as many years. The announcement came just hours after government spokesperson Negeri Lencho stated that ‘there are no grounds for it’. While the latest declaration is less imposing than the previous one, it still runs counter to government pledges to open democratic space and address grievances. Activists, particularly those from Oromia region – the site of many anti-government protests in recent years – flooded MPs with calls to vote against ratifying the measure ahead of the resumption of parliament. When they did reconvene to vote, it was not without controversy. Officially the vote passed. However, shortly after a video emerged in local media showing the speaker of parliament declaring a different result to that was officially reported. Concerningly, the figure given by Abadula Gemeda would not have met the two-thirds threshold for the measure to pass.

The controversy, as well as the state of emergency itself, has only served to fuel both stay at home and more regular protests. The state of emergency has in turn also re-emboldened security forces in their repressive response; reports of live fire and the forceful repression of protests have been frequent in the days since. Those protesting can take some heart from the 88 mainly Oromo politicians that voted against the measure, as well as those that did not show up (in protest?). The vote indicated growing dissent in a normally cohesive ruling coalition, but should the allegations of vote fixing be true, it would signal that those who hold power are less serious about reform than their rhetoric has suggested.

The EPRDF Congress will now turn its attention to appointing a new prime minister. Three of the four EPRDF coalition members are expected to put forward candidates. However, the favourite is the Oromo People’s Democratic Organisation (OPDO) candidate Abiy Ahmed. There is something of an acceptance among many within the EPRDF that an Oromo politician should take the reins given Oromia has been the epicentre of the anti-government movement. However, this does not guarantee Ahmed’s appointment.

The OPDO party has remodelled itself amid the ongoing crisis from being something of a TPLF puppet to a genuine voice for the oppressed Oromo. At the helm of this change has been Lema Megersa, the president of Oromia region, and to a slightly lesser extent Ahmed. The two have spoken out against the oppression of the Oromo and overseen the rebranding of the Oromia Broadcasting Network from a government mouthpiece to a legitimate news media outlet. They have also overseen the implementation of new economic policy measures aimed at sharing the spoils of Ethiopia’s rapid growth more equitably. While this has spooked some investors, including Africa’s richest man Aliko Dangote, longer term stability in the region will ultimately prove more conducive to continued growth.

There are reservations about Ahmed. He is close to some Tigrayan politicians and founded the Information Network Security Agency (INSA), an intelligence agency that has expanded mass surveillance. This leaves a degree of uncertainty over his potential appointment. His relationships with Tigrayan and military elites may enable him to push through politically sensitive reforms, or it could result in less radical changes than protesters are demanding. One thing is certain: Ahmed or whoever takes the reins will be under pressure to deliver rapid change or Ethiopia will remain locked in what is turning into an endless emergency.