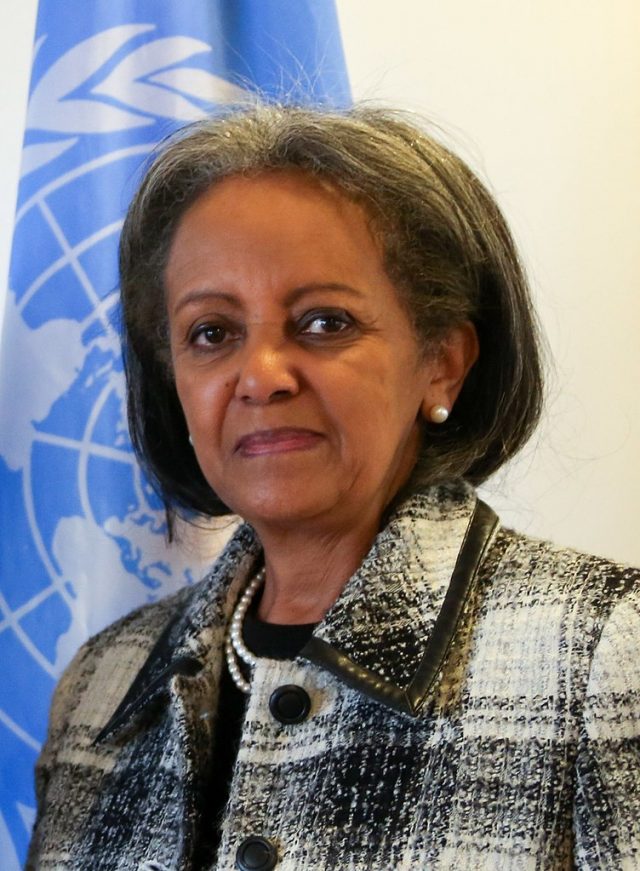 On 25 October 2018, the Ethiopian parliament elected Sahle-Work Zewde as the country’s new president. Sahle-Work, who is a long-time diplomat, becomes Ethiopia’s first female president and – following the departure of Malawi’s Joyce Banda and Liberia’s Ellen Johnson Sirleaf from the political scene – Africa’s only female head of state.

The move was been celebrated by women’s rights activists, especially after Sahle-Work used her inauguration to promise to make gender equality a reality. Although the country was governed by Empress Zewditu in the early part of the 20th Century, more recently the political system has been male dominated. As the chief of staff of the Prime Minster put it,

“in a patriarchal society such as ours, the appointment of a female head of state not only sets the standard for the future but also normalises women as decision-makers in public life”.

President Sahle-Work is seen as a credible figure with considerable experience. In addition to serving as Ambassador to Senegal and Djibouti, she has fulfilled a number of different roles for the United Nations, and was most recently the UN’s representative at the African Union. This means that she brings with her a good understanding of how regional bodies operate, and will therefore be an asset to Prime Minister Abiy Ahmed as he seeks to reformulate Ethiopian foreign policy.

Sahle-Work’s forthright approach – and in particular telling Members of Parliament that if they thought she was talking too much about women she had only just begun – has also led to genuine hope that her strong words will translate into actions. Along with other recent appointments, including Abiy’s decision to split ministerial positions equally between men and womenand the selection of a female to Chair the electoral commission, this has led to growing belief that there is political will to deal with issues such as the gender pay gap – which is estimated to stand at around 44% – at the highest levels.

Some analysts are more cautious, however, pointing out that the presidency is a largely ceremonial position and that power is wielded by the Prime Minister. Abiy has committed himself to reforming the country’s political system and promoting equal rights for women, but has not yet had sufficient time in office to effect these changes. Given past experiences, some activists worry that more radical change will not be forthcoming, especially given that the Prime Minister already faces a difficult task to ensure political stability and lead the ruling party into an election that is scheduled for May 2020.

The experience of other states in Africa suggests that the promotion of women in political positions is not always a pathway to broader transformation. In Rwanda, for example, it has been argued that the promotion of women within parliament has been used to sanitise the reputation of an authoritarian regime, rather than to genuinely pursue an agenda of gender equality.

This piece first appeared on http://presidential-power.com/