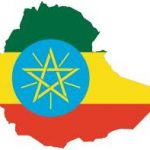 In the wake of Zenawi’s death and the rise of Dessalegn, Abiye Megenta explores the political landscape in Ethiopia, assessing the prospects for democracy in the country and cautioning us against an unquestioning hope that might obscur rather than ease the road ahead. Abiye Megenta is an Ethiopian political analyst at Nuffield College, University of Oxford

When power transitions occur in Ethiopia, they do so amidst an international flurry of hope and expectation. But hope, as Ingersoll reminds us, is the ‘only universal liar who never loses his reputation for veracity’.

Haile Selassie’s ascent to the throne in 1930 was brazenly celebrated by a set of emerging discursive intellectuals who waited in eager expectation for him to launch into a period of rapid modernisation similar to that which they had recently witnessed in Japan.  Whilst time may have dimmed such optimistic frenzies, it has not removed them. Invariably, though, these transitional hopes are raised only to be dashed: the figures that appear within Ethiopia’s optimistic popular imagination bare little resemblance to the leaders that history records. Predictions of change so confidently espoused, quickly appear naive and misguided. For, whilst themodus operandi of rulers and regimes has differed, two key threads of continuity have run through the modern political history of Ethiopia: authoritarianism and the muscular centralisation of power.

Against this backdrop, one might be forgiven for thinking that the reception of Ethiopia’s latest leader, Hailemariam Dessalegn, who replaced the larger-than-life autocrat Meles Zenawi upon the latter’s death, would be more circumspect. But the enthusiasm from pro-democracy commentators and opposition figures that greeted the new Prime Minister suggests not. That said, whilst history shapes our future, it does not determine it. This latest set of ‘great expectations’ must be judged on their own terms through the judicious interrogation of “discernible reality”, as a former Bush aide famously put it, and not the superstitious discourse that regularly accompanies Ethiopian politics.

So, what of this new hope? Are there reasons to think democratic change in Ethiopia a possibility now? In searching for answers we must begin by putting aside superficial character sketches of the new leader that seem to bear so much weight in current political commentary. The mild-mannered demeanor and deep religiosity that pundits often cite in Dessalegn’s favour tell us nothing of his views of democracy.  Nor is his membership of an historically marginalised minority ethnic group a clue to the psychology of power. In the past, Dessalegn had spoken of democracy in the vocabulary of modernisation theory with which many authoritarian regimes in developing countries are enamoured. But that should not be held against him: his meteoric political rise would not have happened without his staunch public defense of the party’s ideology. Abstemious though he appears, his pedigree as a consummate politician is unimpeachable. This much we know about him: he was one of the ablest at getting along with tyranny in a regime of perverse incentives. What political stances he will take in the space that leadership affords, remain to be seen.
What of the structural factors? Since the Ethiopian revolution of 1974, the military has loomed large in the country’s politics in one form or another, although its visibility in the theatre of public life has ebbed and flowed. After the fall of the Dergue – a military junta of half-baked Marxists -the regime that emerged has curious similarities to the embedded military rule of pre-2010 Egypt. The army scrupulously avoids noisy politics, but the signals that it is the guarantor of the power of the regime are not hard to find. In return, the civilian leadership shares the power-dividend – including making critical political decisions – with the military. The longevity of many embedded military regimes puts to the sword the theoretical claim that this system is prone to a break down into mutually opposed regimes that would quickly unravel the totality. Typically, embedded military rule succeeds because the personnel that lead the civilian government are ex-military officers. Its modus operandi is clear enough: the formal institutional demarcations between the civilian government and the military are superseded by informal bonds between the leaders of the two institutions. The unbreakable ethos of military solidarity is the condition of its essence and success.

As with most embedded military regimes, Ethiopia has proceeded without serious contradictions over the past twenty years owing to the camaraderie of the military and civilian leaders, who had led an armed rebellion against the Dergue. Such comradeship has been further cemented by the loyalties of negative ethnicity, a bonding network that perpetuates itself by conjuring up memories of historical oppression and fear of extermination. Does the recent power transfer exhibit signs of the system sowing the seeds of its destruction? On the military side of the ledger, nothing has changed. Tigrayan People’s Liberation Front (TPLF), the core group of the ruling alliance, still has an entrenched command of the upper echelons of the institution. But the civilian side of the ledger is a mixed bag. The non-military centers of hard power are still in the firm grasp of TPLF, but its control of other political institutions is slowly receding. Before his death, Meles Zenawi himself had started clearing out rebel-cum-civilian officials from his cabinet and leadership posts in the various state machineries through ignominious purges and forced retirements. Some of the non-Tigrayan elites, who were coopted into the ruling party, have moved up the party ladder briskly. Others are scrambling to grab the opportunities his death has offered. TPLF, weakened by the death of its leader of nearly three decades and the increasing sidelining of battle-tested old guards, cannot cut the sinews of this change.

A looming military-civilian split and a possible contest for legitimacy and popular support should not, however, be taken as an automatic harbinger of democratic reform. The plausible variations of formal and informal institutional setups, including “shadow zones” and a full-blown military regime triggered by a coup, are strikingly larger and uglier than a hopeful mind could dare to explore. That TPLF’s command of hard power is mirrored in the economic sphere which is dominated by extractive ethnic entrepreneurs throws into sharp relief the challenge of introducing political and economic reforms that encroach upon the interests of its members. A less unequal contest between ethnically fragmented elites might evolve once the emerging state of affairs reproduces itself and the country’s resolute neo-patrimonialistic politics spreads wealth to elites of other ethnic groups. Anyone tempted to ask a question about the democratic consequences of this future contest would do well to heed some Keynesian wisdom about the follies of such a task.

Finally, what of external pressure from the opposition?  Here even the congenital optimist finds the difficult terrain of reality impassable. Deeply divided and religiously quarrelsome, opposition groups in exile are not in a position to be influential actors. Most of the same problems afflict the biggest opposition inside the country, Medrek, which is an alliance of ideologically disparate groups that are in the process of exploring a consociationalist route to democracy. But power, to agree with Weber, does not concede without a fight even if the opposition’s demands are couched in such harmless looking terms as “elite consensus”. Facing serious collective action problems, Medrek is not ready to mount a credible fight anytime soon.

Yet, of all imaginable triggers of democratic reform in Ethiopia, the most plausible is pressure from the opposition. But for that to happen, needed above all is a realistic assessment of the country’s state of political affairs. Here, we return to the reception that greeted Ethiopia’s  new leader. Replacing patient and painstaking analysis with the hubris of false hope and the projection of wishful thought, which emanate from uncritical self-reflection, is self-defeating complacency.