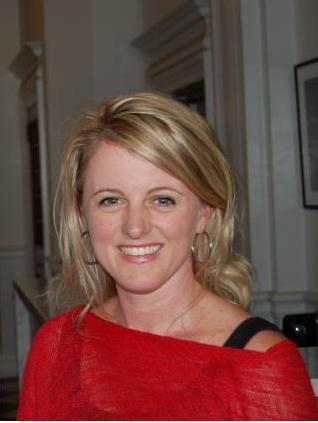 In this article, Nicola de Jager argues that we need to take another look at Southern Africa’s ‘democratic darlings’; Botswana and South Africa. These states may have a relatively impressive democratic record on paper within Southern Africa but they are dominant party states. In practice, this dynamic places opposition parties at such a disadvantage that we cannot call the elections that happen in these countries ‘fair’. Dr Jager is a member of the Department of Political Science at the University of Stellenbosch.

On a continent that continues to experience widespread abuse of political power, South Africa and Botswana are hailed as Southern Africa’s (SA) democratic darlings. Since shortly after Botswana’s independence and since SA’s first inclusive democratic elections, respectively, Batswana and South Africans have enjoyed the rights and freedoms of democracy. Their Freedom House[i] ratings reflect this. In 2011, Botswana scored 3 for political rights and 2 for civil liberties; and SA 2 and 2 for these aspects respectively. The Botswana Democratic Party (BDP) of Botswana and the African National Congress (ANC) of SA have remained in power for a prolonged period without resorting to state-sponsored violence or electoral fraud. Elections have taken place regularly and have consistently been declared free and fair by electoral observers. Presidents have served out their permitted terms in office, or less, and then handed power to their successors.

However, besides being considered democratic success stories within the region, they also share another commonality; neither has experienced an alternation in power since their first democratic elections. The BDP has governed Botswana since 1965[ii] and the ANC has governed South Africa since 1994. These democracies thus occur within the context of dominant party systems; where one party dominates over a prolonged period in an ostensibly democratic system. Furthermore, in both states, pockets of citizens live comfortably while the majority are poor and a large percentage of the population is unemployed. For most of SA and Botswana, middle class lifestyles and values are a rare and new phenomenon but they are also a growing one. In such an environment, the incumbent’s ability to create jobs, issue tenders, pay for advertisements, determine economic policy and otherwise influence the movement of resources is a pronounced advantage.

Thus, in these two developing states, the democratic game is largely played within the rules of their respective constitutions. However, this game is also played in a dominant party system within an unequal, resource-constrained, economy. This combination of circumstances has a debilitating effect on opposition party politics.

Our conclusion was that opposition parties are weakened by the dominant party system context in both countries, but they are weakened in different ways. In SA, the ANC gains an important advantage between elections, as it has the lion’s share of public funds, access to private funding through party-owned businesses and reaps the rewards of cadre deployment within government. In Botswana, it is the election period itself that particularly benefits the incumbent: Firstly, the electoral system itself acts as a bulwark for the BDP’s position, as long as it is able to dominate the rural vote, by mismatching the votes cast to the seats allocated. Secondly, opposition parties are severely underfunded, with no public funding mechanism and unfair media coverage, due to limited access to the state media.

In this context, elections might be free, but declaring them to be fair becomes problematic. To stay relevant, opposition parties have to be strategic. Fortunately, some show encouraging signs in this regard, tactically pursuing co-operation, coalitions and co-optation. But the fairness of elections in both countries could be questionable for some time to come.

[i] Freedom House annually rates states on two aspects – civil rights and political liberties – on a scale from 1 to 7, with 1 being the most free and 7 the least. States must score an average of 2.5 or less over the two ratings to be considered “free”, as opposed to “partly free” (an average of 3 to 5) or “not free” (5.5 to 7).

[ii] Botswana held its first national democratic elections in 1965, in preparation for independence from Britain in 1966.

Regional political inequality in Africa can be explained by colonial era-education. Here’s how