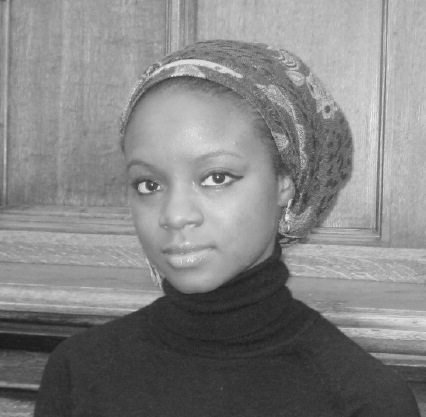 In this post, Zainab Usman reflects on the first Women in Government and Politics Conference for Africa, held at Central Hall in Westminster, London, which was put together by the Winihin Jemide Series. Zainab was a facilitator at the event and is also a DPhil student reading International Development in the Department of International Development, at the University of Oxford.

African women have made remarkable strides in positions of leadership and authority across the continent. This has been especially evident with the wave of democratization over the past two decades. Women now occupy presidential seats in Liberia and Malawi, foreign ministry portfolios in Rwanda, Kenya and Somalia, the leadership of the African Union and many other positions hitherto regarded as the exclusive domain of men. It is in order to take stock of the progress made so far, the existing challenges remaining and how to overcome them that the first Women in Government and Politics Conference for Africa, held at Central Hall in Westminster, London was put together by the Winihin Jemide Series

The two-day conference involved female delegates in influential leadership positions such as parliamentarians, cabinet members, academics and activists. They liberally shared their views, their experiences on how they were able to surmount obstacles to get to where they are today, and their suggestions on moving forward. The Nigerian Minister for Petroleum Resources, Mrs. Diezani Allison-Madueke while delivering a keynote address, noted that 11 African countries have reached the 30% benchmark of female representation in leadership positions through quotas and parity schemes. In fact, countries like Nigeria had surpassed this average, she reminded the audience. The Minister however reiterated the need for women to be proactive in supporting one another.

Eventually, the conference broke out into smaller groups to discuss various pathways to increase women’s involvement through elections, appointments, employment and advocacy. I had the privilege of facilitating one of the group discussions which involved some of the policy makers, academics and activists in attendance. The practical recommendations proposed included the need for constitutional safeguards and quotas, value re-orientation among both men and women using the media, building support networks among women, supporting existing civil society initiatives and building a resource base, such as the African Women’s Development Fund.

The panel discussions and the overall conference oscillated between reiterating the same well-known themes which usually emerge from such discussions such as quotas, and some brutally frank issues raised by some of the delegates. For instance, one delegate highlighted the tendency for such discourses on women to be elitist. She contended that many quota schemes mostly benefit privileged women from powerful or political families strategically positioned to gain from them, whilst excluding others.

In addition, a Nigerian Senator, Jummai Alhassan stressed that successful women ought to sponsor younger women, as opposed to limiting themselves to mentorships only. Dr. Mary Chinery-Hesse, a former Deputy Director General of the International Labour Organisation from Ghana underscored the need to revive some traditional African values which placed women at the forefront. While Mrs. Allison-Madueke emphasised that the successful ones should “pull up as many women as possible up the ladder” and put aside their “petty grievances and nuances”.

There was however, little mention of engaging with gatekeepers of cultural, religious and traditional authority in this mission of lowering women’s entry barriers in politics and government. This is particularly imperative given the emphasis made on value re-orientation and socialisation in order to change attitudes in African countries. In many societies, religious and traditional leaders have more influence on the cultural norms that perpetuate patriarchy than political leaders. Practical recommendations on how best to win them over and involve them will contribute immensely in legitimising efforts to increase women’s participation in leadership and authority.

No doubt African women are recording massive gains in positions of authority across the continent. Yet it remains to be seen whether the successes of the individual can translate into wider group successes, whether this will better the lives of ordinary women, and ultimately, whether more women in power would lead to better quality of governance for the continent.