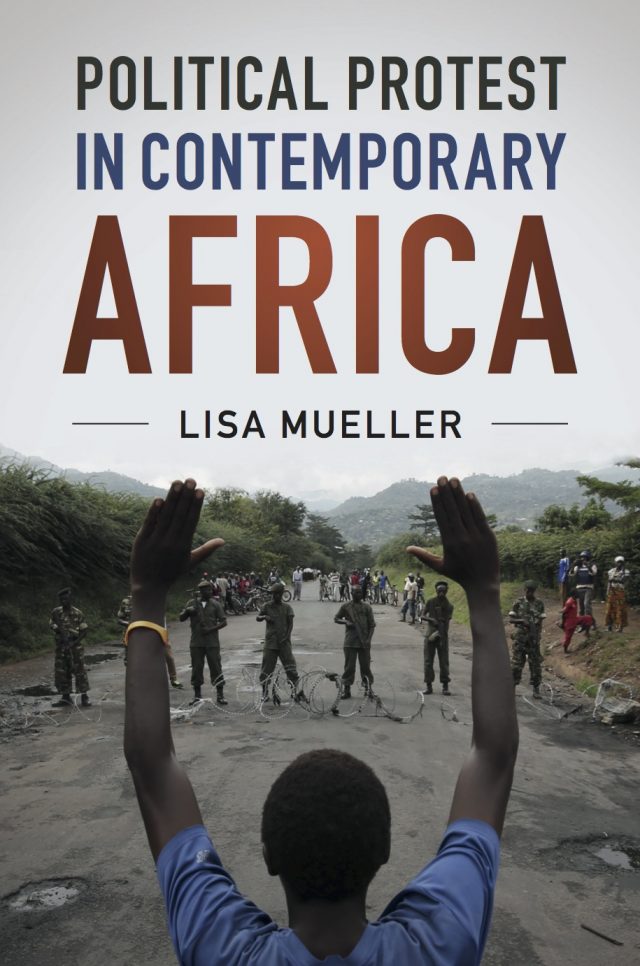 “The Protester” was TIME magazine’s person of the year in 2011 and has held the interest of journalists and scholars ever since. Mass uprisings from the Arab Spring to Ukraine’s Orange Revolution to Black Lives Matter in the United States represent a broader trend of increasing protest frequency across diverse corners of the world.

These trends are perplexing in sub-Saharan Africa, because the region experienced historic economic growth and democratic improvements in the early twenty-first century, around the same time that protests began accelerating. People in sub-Saharan Africa are richer and freer on average, yet they are mobilizing in the greatest numbers since initial transitions to multiparty politics in the 1990s. Indeed, sub-Saharan Africa underwent its democratic “spring” a generation before popular movements swept dictators from power in North Africa and Middle East, casting doubt on the assumption that sub-Saharan protests are Arab Spring offshoots.

Why did sub-Saharan Africa erupt in protest just when political and economic conditions looked more promising?

This question motivates my new book, Political Protest in Contemporary Africa. I break it down into two related puzzles, one on the timing of events and another on the size: Why did the latest wave of African protests start when it did, and why did the demonstrations grow so large as to capture international headlines, trend on social media, and thwart presidents from outstaying constitutional term limits? In short, I argue that protests started when middle-class activists reacted to political shocks by deploying their resources to mobilize poor people harbouring economic grievances. Below is a brief summary of my analysis and its policy implications.

The uneven distribution of economic growth and democratic rights in sub-Saharan Africa creates a tinderbox for mass mobilization. Although per capita incomes climbed from the mid-1990s, in the book I show that inequality in sub-Saharan Africa is actually higher on average than in any region besides Latin America. Economists herald the rise of the African middle class, yet poverty rates and economic anxiety remain stubbornly high. As aggregate growth pushes urban skylines upward, persistent poverty pushes urban slums outward, not to mention the long-marginalized people still working in subsistence agriculture. For the poor majority, low economic mobility is a more urgent problem than democratic backsliding.

Members of the emerging middle class have grievances of their own. Albeit economically privileged, they struggle to break into old-boy networks that recycle elites. Unlike the affluent “state class” of past generations, the new middle class emerged from Western-backed market liberalization in the 1980s and 1990s, which expanded access to the material means and political freedom to mount opposition movements. Social scientists have already noted the link between private capital and opposition party formation, but private capital also fuels actions in the streets.

While middle-class protest leaders have the luxury to pursue political goals such as democratic renewal, most rank-and-file protesters live hand to mouth and are motivated mainly by pocketbook concerns. Coalitions between these social strata explain the timing and scale of contemporary African protests: the middle class supplies protest initiators, and the lower class supplies protest joiners. Hence, there is no single narrative to a demonstration: protests can be democratic revolutions and hunger riots at the same time.

It is important to understand the roots of contemporary African protests because earlier research shows protests to impact democratic reform and civil liberties. Despite such empirical findings, donors usually hesitate to support protesters and other non-state actors out of fear that they will undermine democracy by using impulsive tactics and violence. There is a fine difference between protester and rebel, but a sophisticated foreign policy would discern between them.

This hesitance to intervene is somewhat understandable given the volatility of protests. There are prominent examples of social movements gone awry, including backlashes to the Arab Spring in several countries, most notably the escalation of popular uprisings into civil war in Syria. Taking sides in a foreign conflict is always a gamble, and could spin into a proxy war or install a puppet government, as in Congo. Lessons from colonialism, the Cold War, and other historical calamities should give pause to would-be interveners.

At the same time, a momentary authoritarian backlash to uprisings does not nullify the long-term democratizing potential of mass mobilization, as “cycles of contention” can go on for years. With judicious foreign support, protests can eventually advance democracy and civil liberties. Moreover, in some cases the carnage surrounding protests stems from government actions more than protester aggression; throwing rocks is no match for the full military arsenal of the state. Oil-rich regimes are particularly notorious for funneling petroleum revenues into “domestic security” amounting to the repression of civil society. Thus, donors’ anti-revolutionary, pro-state policies have good intentions but often backfire, as incumbents themselves can be impulsive and violent. Political Protest in Contemporary Africa suggests that social movements might represent popular interests better than some governments.

Lisa Mueller is Assistant Professor of Political Science at Macalester College, Minnesota. She has published her research in several journals, including Electoral Studies, African Affairs, and the African Studies Review, as well as in the Washington Post. She is also a regular consultant and principal investigator for USAID and other American Government agencies, having recently been selected as the U.S.-based country expert on an extensive USAID assessment of Niger.