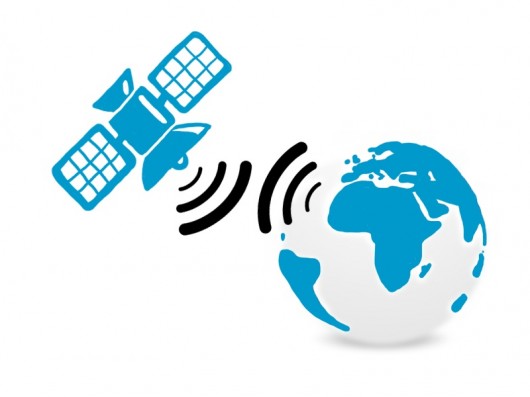 In this article, Iginio Gagliardone and Frederick Golooba–Mutebi explore the approach that Rwanda and Ethiopia have been taking towards information and communications technology (ICT), and ask whether we could be seeing the emergence of a developmental model of the internet. Frederick is a Political Scientist and Senior Research Fellow at the Makerere Institute of Social Research in Uganda. Iginio  is Research Fellow in the Centre for Socio-Legal Studies and a member of the Programme in Comparative Media Law and Policy (PCMLP) at the University of Oxford.

For the past two decades the Internet has been eroding national boundaries and creating an information space where connected citizens are able to communicate irrespective of their nationality and physical location. This trend, however, seems to be reversing, giving space to a re-nationalization of the online sphere. Google’s CEO Eric Schmidt has argued that China, with its alternative model of the information society and increasing cyberpower, may lead the internet to fracture into smaller pieces where some are controlled by an alliance of democratic states and others by sophisticated autocracies (Schmidt & Cohen, 2013). The revelations of Edward Snowden about the pervasive surveillance system developed by the US’ National Security Agency have encouraged even countries like Brazil and Germany to call for a development of the internet that bypasses the United States.

Where does Africa stand in the scenario? Among the many African countries that have embraced ICTs and incorporated them in their development plans, Rwanda and Ethiopia appear to have emerged among the most assertive in their ambition to develop distinctive ideas of their national information societies. The Ethiopian and Rwandan governments have been leading attempts to conceptualize, implement, and legitimize a model of a developmental state that could be fit for Africa, and have both sought to extend some of their ideas to the digital domain. As the late Prime Minister of Ethiopia Meles Zenawi remarked:

“Not long ago, many of us felt that we were too poor to afford to invest seriously in ICT. We assumed that ICT was a luxury that only the rich could afford […] We did not believe that serious investment in ICT had anything to do with facing the challenges of poverty that kills. Now I think we know better. Now we believe we are too poor not to save everything we can and invest as much of it as possible on ICT. We recognize that while ICT may be a luxury for the rich, for us – the poor countries – it is a vital and essential tool for fighting poverty”.[1]

Similarly, Rwanda’s President Paul Kagame asserted that “In Africa, we have missed both the agricultural and industrial revolutions and in Rwanda we are determined to take full advantage of the digital revolution. This revolution is summed up by the fact that it no longer is of utmost importance where you are but rather what you can do.”

While it is perhaps too early to talk about a distinctive developmental model of the internet, some similar tendencies seem to have emerged in both countries: (i) the centrality of the state in shaping policies and implementing projects of national relevance and scale; (ii) the partnering with external non-Western actors for the deployment of infrastructure essential for guaranteeing access; (iii) the emphasis on the economic potential of the Internet as compared to its role as a public forum; (iv) the increasing toleration (both by national and international actors) of a certain degree of control over the online debate as justified by the need to guarantee political stability and prevent a resurgence of violence (especially ethnic violence); and (v) the commitment of a developmental elite (composed of politicians, technocrats, and technological innovators) to using the internet and other ICTs to improve service delivery and in turn to strengthen their own legitimacy. In the case of Ethiopia, some of these tendencies have been further explored in a recent article published in African Affairs.

The political and economic projects of Ethiopia and Rwanda share strong similarities. Both have emerged from violent civil wars; they are among the largest recipients of development aid; the ruling elites have succeeded at staying in power through multiple electoral contests thus maintaining a relatively high level of legitimacy; and their governments have been vocal in articulating distinctive ideas of development. Theses similarities extend to an emerging “developmental” model of ICTs. In particular, both Ethiopia and Rwanda have sought non-Western partners to realize their national information societies. This choice was largely motivated by the reluctance of Western donors to embrace the  state as a prime mover in the development of the internet, and to invest heavily in ICTs when, they argued, there were more immediately important priorities such as poverty reduction.

There are also important differences. The Ethiopian government has been much harsher in its reaction to criticism online, persecuting bloggers (six members of the collective Zone9 are currently in police custody) and in asserting its right to police and regulate its sovereign information space. While Paul Kagame has faced much criticism for not being tolerant towards his critics, there does not seem to be overt measures to restrict online communication. Also, while both countries have sought allies beyond the Western world, they have developed relationships with different countries. In Ethiopia, China has emerged as a source both of financial support and of normative innovation. It has offered loans exceeding $3 billion to overhaul the telecommunication system and ensure that government controlled Ethio-Telecom could maintain its monopolistic position in the country. In contrast, China has been less instrumental in Rwanda, where South Korea, mainly through Korea Telecom, has become a major partner in the envisioning and implementation of the national information society. Both countries, however, have offered and articulated strategies of how ICT can be deployed within the larger political and economic strategies of developing states, moving beyond the paradigm promoted in the West which emphasises the role of ICTs in promoting economic growth through enhancing government transparency, citizen voices and democratization.

[1] This quote by Meles Zenawi was used in the inaugural speech made the Minister of Capacity Building Tefera Walua (2006) at e-Learning Africa, the international conference on ICT for development, education and training in Africa that took place in Addis Ababa on 25-27 May 2006.