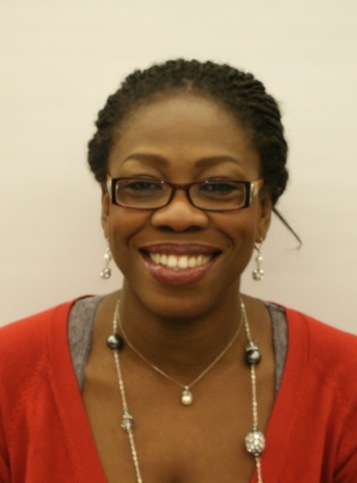 Continuing our gender and politics series, Chiedo Nwankwor shifts our attention from women in legislative bodies, to women in the cabinet. There has been some impressive progress in some countries in increasing the number of women cabinet ministers, but how do these women act once they get into their new posts? Chiedo shares her research findings on the topic. Chiedo is a PhD candidate in Political Science and International Relations at the University of Delaware.

The political landscape in sub-Saharan Africa is changing.  The gendered composition of cabinets, which is the preeminent policy-making arm of government in the region has, and continues to shift. For reasons of democratic justice and equity, amongst others, equal access to political office between men and women ought to be established but a nagging question remains: Do women cabinet members pursue legislative and policy priorities that promote women’s interests (what academics have called ‘substantive representation’)?

While women’s increased participation in national cabinets is a global phenomenon, the path by which they gain access to such positions, and the type and degree of impacts they make on the gender agenda are far from consistent across the globe. Context remains crucial. Countries in Sub-Saharan Africa are unique for many reasons, including of course the overwhelming power dominance of the executive over the judiciary and the legislature in governance and policy processes. Cabinets in sub-Saharan Africa are the primary arena of legislation, policy and governance decision making in the region.

Initiating policy and legislation is largely the prerogative of cabinet members, absenting legislator initiated bills. In the rare occasion that legislators initiate a bill, they are regarded as private member bills. Moreover, women cabinet members have considerable material and human resources at their disposal with which to pursue the implementation and oversight of such legislation should they choose to. As such, female ministers have significant influence over the nature and form of policies and bills they design; with input of course from multiple stake holders particularly women’s movements and other civil society groups. Clearly, women cabinet ministers are strategically placed to not only initiate policy campaigns and legislation to promote women friendly policy and change, but also to martial strategic alliances towards achieving said goals in whatever portfolio they occupy.

Women cabinet ministers therefore, are strategically positioned to advance women’s interests; in
theory. However, in practice, has there been any leveraging of said power and resources for the targeted improvement of women in the region? This question has received relatively little attention.

The historic appointment of one-third women cabinet members in 2011 in Nigeria – the most populous African country, including to traditional male portfolios like the ministry of Petroleum Resources – illustrates this phenomenon, given more so that ‘historically, access to the executive branch – ‘the highest glass ceiling’ – has been considerably more difficult for women than has been access to the legislative branch.’

This erosion in the old gendered patterns of ministerial appointments is evidenced in sub-Saharan African countries ministerial portfolios like the current female Minister of Defense in South Africa, Minister of Foreign Affairs in Sierra Leone and Kenya, and the Minister of Finance in Tanzania. As of 2011, South Africa and Nigeria has some of the highest numbers of women in cabinet representation in sub-Saharan Africa, with South Africa occupying the top position at 41% and Nigeria at 33%. Cape Verde (40%), Burundi (38%), Uganda (36%), Lesotho (31%), and Rwanda (31%), have all achieved up
to or above the formal minimally acceptable level of women’s inclusion in cabinet membership at 30%, termed ‘critical mass’.

These levels are close to, and in some cases way ahead, of some of the mature and established democracies like the United States at 33.3%, the United Kingdom at 22.3%, Australia 23.3%, and Canada at 37%. These impressive figures push us to ask, what is the status of women cabinet ministers in sub-Saharan Africa as a whole?

As is the case in other parts of the world, except perhaps in the Nordic countries, women’s increased access to cabinet membership is a relatively recent phenomenon. Progress in sub-Saharan Africa has been mixed, to date and there is marked cross-country variation. Some countries still show very low numbers of women cabinet membership, like Sierra Leone at 4.8%, Somalia at 5.4% and Djibouti at 6.3% respectively. Nonetheless, there is an obvious upward trend in the phenomenon, even though this is not linear. The graph shows a non-linear temporal progression in women’s cabinet membership across sub-Saharan Africa from 1987 – 2011.

Women’s involvement in sub-Saharan Africa national cabinets challenges deeply held norms and
traditions world over, not least in Africa. Although women have broken down the exclusionary norms that have kept them out of such power-productive arenas, they have had to engage and perform their roles within the existing contexts of power, which has, historically, been male-centric.

Women cabinet ministers arguably internalize an arrays of different expectations on their journey to the cabinet and whilst there, they must attempt to balance the push and pull of masculinist and feminist gender stereotypes. The range of claims they do or do not make ‘as women’ will, in turn, significantly inform their governance orientation, and shape whether, and how, they pursue/promote issues that concern women. Subjection to these competing pressures and counter-pressures might give way to identity crisis of sorts, influencing what side they take on various issues or, worse still, encouraging them to sit on the fence.

Thus, while democratization and the proliferation of multi-party elections in SSA in the 1990s has opened opportunities for women’s inclusion in deliberative and legislative governance bodies previously closed off by the predominance of single-partism and its ‘old-boys’ political networks (Yoon 2001), it is still largely unclear whether women’s inclusion into the prime decision making body of national cabinets
has provided, or continues to provide, significant policy leverage for women’s agendas and interests.

These are the issues that my current research explores. I argue that while the same political patronage and patriarchal networks that have excluded women’s from these bodies for so long could continue to constrain their ability to substantively represent the interests of women once they have secured a cabinet seat, this depends on the individual involved and the density and form of the political networks to which they have access.

Comparative case studies of women cabinet ministers in sub-Saharan Africa, conducted from data I gathered during my field research in both West and Southern Africa within the past two years has revealed that women ministers tend to be more ‘effective’ and ‘unapologetic’ in their promotion of women’s interests when they are closely connected to mainstream societal and political networks. These networks, including civil society, opposition parties, media etc., provide women with support and protection, creating a driving force for an equitable gender agenda.

An individual minister’s willingness and ability to act is also key. The data that I gathered in the region included semi-structured, in-depth interviews with both male and female ministers. These indicated that some women ministers feel no pressure, responsibility nor obligation to represent women’s interests and issues, although they may opportunistically support such measures as and when they arise. Others saw substantive representation as a central part of their role. However, amongst this group there was a hierarchy of sorts between those who were willing to take action on such issues at any cost, and those who remained primarily concerned about their own career, and took action slowly for fear of backlash from both patronage networks and society at large.

The foregoing has implications for questions of responsibility and accountability of various stakeholders. Firstly, it places a responsibility on women’s movements and other gender-based civil society organizations to ratchet up their lobbying efforts to ensure that the women who are appointed into these cabinet positions are encouraged to champion gender equality. Secondly, it should engender a reassessment of how women’s movements have related with women in cabinets. Women’s movements in the past have mainly focused on building coalitions with women legislators, while largely neglecting women ministers. In light of the increasing inclusion of women in cabinets, and the power and resources attached to ministerial portfolios in sub-Saharan Africa, this should be rectified. Thirdly, stakeholders at all levels should work to foster an environment in which women ministers are informally held to account for what they do and do not achieve to further women’s welfare while in office.