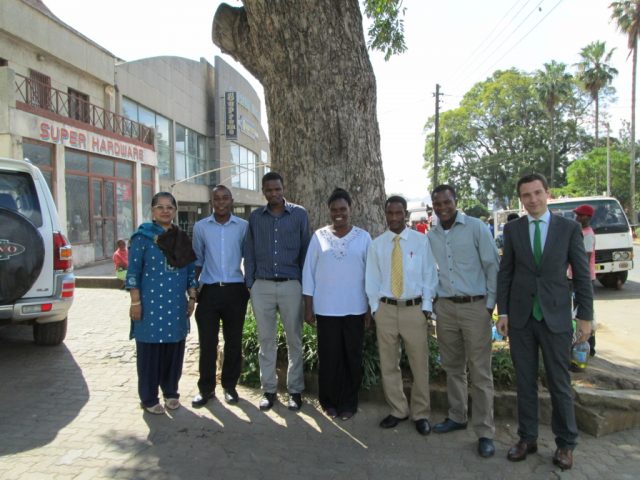 In this latest in the series of New Year, New Questions, Michael Wahman pushes for a focus on sub-national dynamics of electoral politics in Africa, and beyond. Michael is a Swedish Research Council Fellow at the London School of Economics. He specializes in research on elections, democratization and African politics.

In May 2014, Malawi arranged their fifth general elections since the introduction of multipartyism. International monitors generally endorsed the elections, which ultimately resulted in an executive turnover, still a quite rare event for an African democracy. In Phalombe Central, a parliamentary constituency in the remote Phalombe district, beautifully situated just north of the Mulanje Mountains, close to the border of Mozambique, the elections were, however, not a very positive experience. Political violence featured in both party primaries and the general election, intimidation was frequent, one of the main parties was caught collecting voter identification numbers and parties intensively wooed local traditional authorities with gifts. In the neighboring constituency of Phalombe North East, elections went much more smoothly. When we asked local monitors about what they observed, there was no mention of violence, registration fraud or suspicious activities on voting day. Sure, election administration was poor and polling stations did not manage to open in time. Also, parties tried to mobilize voters with handouts like maize and clothes, but these problems were almost constant throughout Malawi. Why do we observe these differences between Phalombe Central and Phalombe North East? Or to put it more generally, how can we explain sub-national variations in the function and quality of African democracy? This is the general question that will occupy most of my time in 2015.

In African comparative politics, especially in the study of democracy, the unit of analysis has most commonly been countries. Significant advancements have been done explaining variations in African countries’ abilities to stabilize democracy, develop stronger political institutions and arrange higher quality elections. Yet, we know that many of the explanations stressed for democratization in cross-country research, such as social development, economic autonomy and bureaucratic capacity, varies significantly across space within African states. Most importantly, there is a growing socio-economic divide between the expanding African cities and more rural locations, but also wide variations between rural locations with vastly different local political economies. Nevertheless, we know surprisingly little about how such structural variations affect the quality and function of democracy. How does election quality vary between electoral constituencies? How can we explain the emergence of local dominant parties? Do candidates and parties use different mobilization strategies in different types of localities? With an increased emphasis on political decentralization in Africa, these questions have become increasingly relevant. Decentralization may promote political accountability and responsiveness, but could also worsen problems of corruption and inefficiency, stabilizing local bastions of autocracy in otherwise predominantly democratic states.

Within African studies, most of our knowledge on sub-national democracy comes from empirically well-grounded qualitative work (see for instance the excellent work by scholars like Catherine Boone, Goran Hydén and Mahmood Mamdani). However, much less work has been done on these issues using more quantitative approaches. An obvious explanation for the lack of more quantitative research is that reliable and truly comparative data have been very hard to come by, especially as the level of aggregation in existing data seldom matches the most politically relevant units of analysis (for instance, it is fairly easy to find census data aggregated to the regional level, but much more tedious to find the same data for electoral constituencies). However, the quality of African sub-national data is evolving and more of this data is becoming accessible from online resources. Such data have been put to especially good use in the study of sub-national aid distribution and its electoral consequences and determinants, but could also be used to study a myriad of other exciting questions about sub-national democracy.

In 2013, I was lucky enough to receive a postdoctoral research grant from the Swedish Research Council to study African democracy from a sub-national perspective. I am currently working on a number of projects, independently and in collaboration with some very clever colleagues, looking at issues such as sub-national variation in election violence, urban/rural differences in voting behavior and the effect of natural resources for local political competiveness. My most ambitious project this year is the one mentioned in the introduction of this post, a study on sub-national election quality in the 2014 Malawi tripartite-elections. The study builds on a survey conducted last summer (together with my colleagues at the Institute of Policy Interaction, IPI, in Blantyre). In the survey, we asked almost 600 domestic election observers, 3 from each of Malawi’s 193 parliamentary constituencies, to give detailed assessments of the election quality in their respective constituencies. We hope that the survey will add to our understanding of sub-national variations in democracy, and contribute to both the academic discussion on comparative democratization and more practical operations of African and international democracy promoters.

Apart from my own research, I am aware of several interesting ongoing projects using sub-national election data, studying urban/rural voting and the effectiveness of local political institutions. I am hoping to see much more of this research presented and published in 2015.